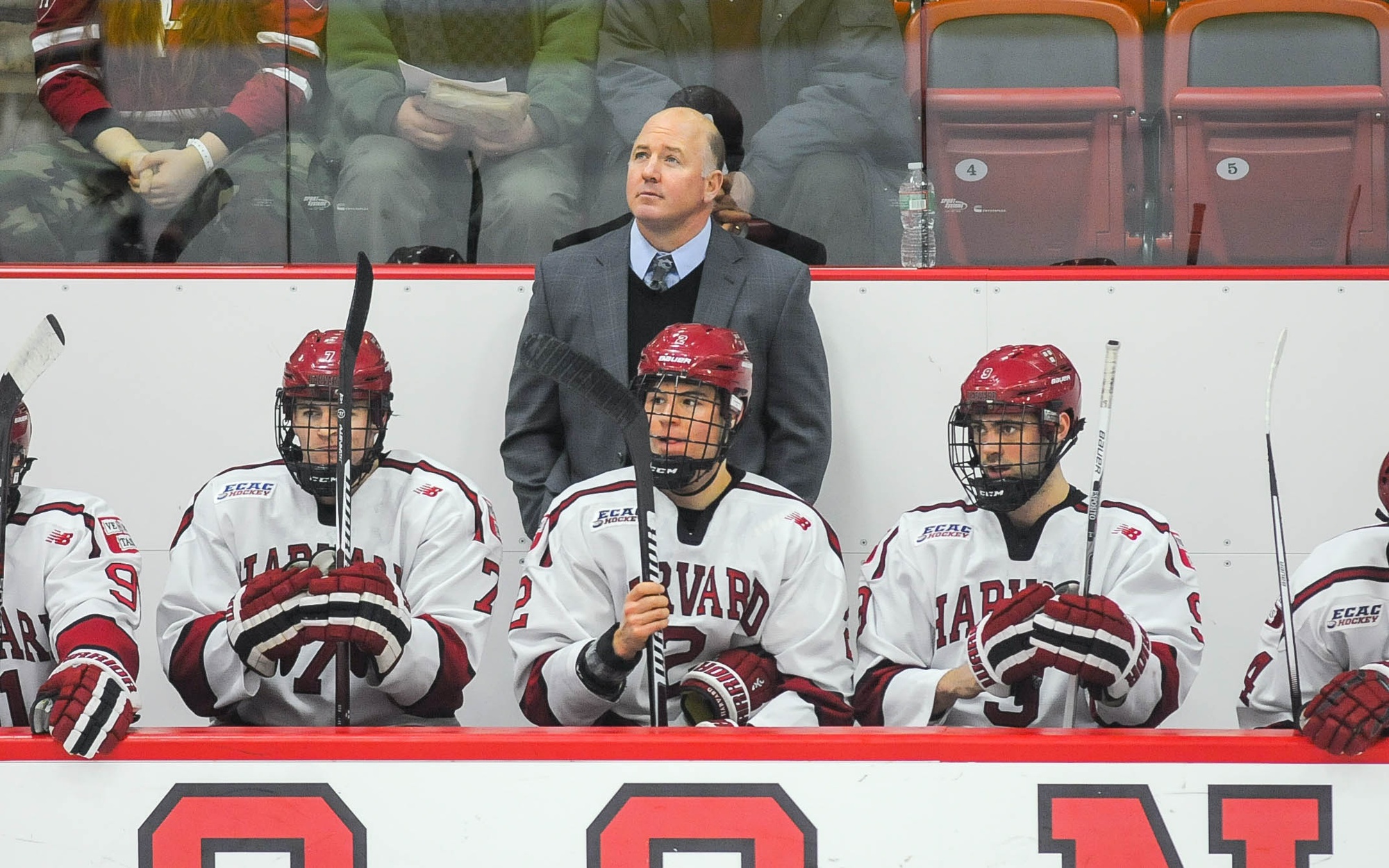 After graduating seven seniors, the Harvard men’s hockey team enters the summer looking to fill a large void. And with the announcement of an eight-man incoming freshman class, the Crimson appears to be on its way to doing so.

The hockey program, coming off a campaign decorated by Beanpot, Ivy League, ECAC, and East Regional titles en route to the team’s first Frozen Four appearance since 1994, published Thursday that it will add the octet of rookies.

All eight skaters are American, and they represent six different states. Five are forwards, while three man the blue line.

At commencement this spring, Harvard took a hit in its forward ranks, losing six impactful players. These fourth-years were mighty in not only number but also skill. The Crimson’s class of 2017 notched the most points of any senior group in the country with 193. What’s more­, the majority are pursuing professional careers, whether abroad or in the National Hockey League (NHL) and American Hockey League (AHL).

With the graduation of 2016-2017 co-captain Alexander Kerfoot, the Crimson’s only pair of brothers was broken up. Younger sibling Colton, who remains on the squad as a rising sophomore, is seeking a larger role in Harvard’s forward corps this season.

But the 2017-2018 season brings another brotherhood in the locker room. Scituate, Mass., native Jack Donato, son of Crimson coach Ted ’91 and brother of rising junior Ryan, is among the incoming eight Harvard skaters. Donato has spent the past four years representing Dexter Southfield and the Cape Cod Whalers hockey program.

Joining Donato in the forward ranks is Jack Badini of Greenwich High School and the United States Hockey League’s (USHL) Chicago Steel, for which he served as an alternate captain in the team’s Clark Cup championship season. A large piece in the Steel’s title run, Badini tallied the most points in the playoffs. Before hoisting the hardware with the Steel, Badini played for the Lincoln Stars along with a fellow Crimson recruit Henry Bowlby, who joins the program from Edina, Minn.

Rounding out the rookie forwards are Mitchell Perreault from Findlay, Ohio, and Benjamin Solin from Madison, Conn. Perrault concluded his 2017 junior season with the Sioux Falls Stampede in the USHL, while Solin led his Phillips Exeter Academy team in points in 2016 before doing the same in 2017 as a rookie for the British Columbia Hockey League’s (BCHL) Nanaimo Clippers.

On the blue line, Harvard brings on another Edina native in Benjamin Foley, who captained the USHL’s Cedar Rapids Roughriders last season. The other two rearguards joining the program next season are Nick Azar, a Grosse Pointe, Mich., dweller who played for the USHL’s Tri-City Storm in 2016-2017, and Reilly Walsh, who hails from Andover, N.H.

Walsh ranked as high as 60th on Central Scouting’s final list leading up to the NHL Entry Draft and played alongside Badini as a member of the Steel in 2016-2017. The Proctor Academy product also played for Team USA in the Ivan Hlinka Memorial Tournament.

—Staff writer Spencer R. Morris can be reached at spencer.morris@thecrimson.com