Athlete of the Week: Tyler Adams 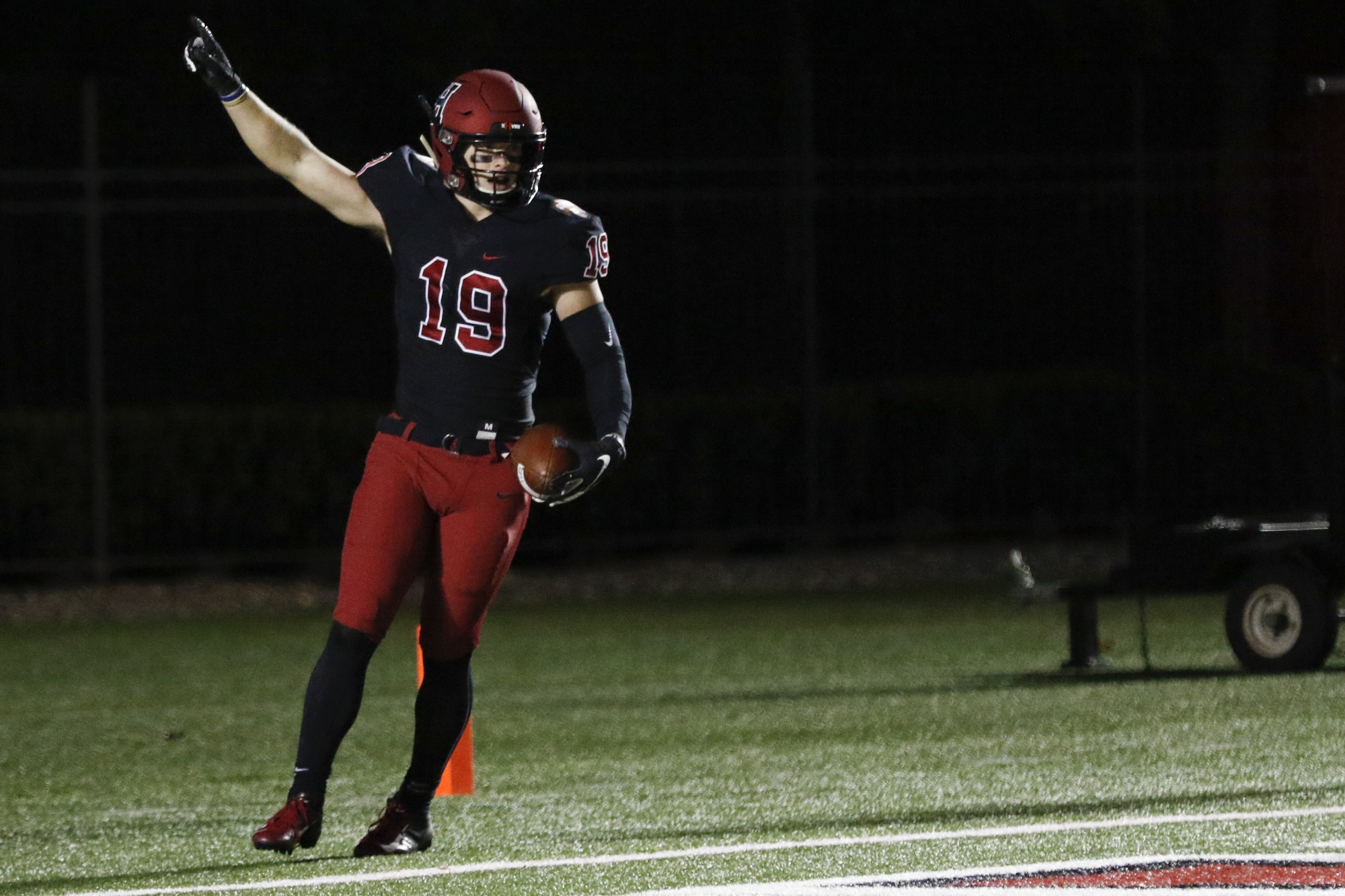 Tyler Adams had just seven career receiving yards prior to last Friday's game against Holy Cross, in which he accumulated 84. By Timothy R. O'Meara
By David Manikas, Contributing Writer

The Harvard football team added another weapon to its receiving corps this past weekend with Tyler Adams’ impressive performance against Holy Cross, part of a game in which the Crimson emerged victorious with a last-second field goal. Adams, a sophomore wide receiver from Louisville, Ohio, saw very little in-game action prior to last weekend’s contest. Only having one career reception prior to facing the Crusaders (1-6, 0-2 Patriot) — a catch for seven yards against San Diego this year — Adams was looking for a chance to showcase his abilities. With the absence of senior wide receiver Justice Shelton-Mosley, he seized that opportunity.

Adams’ career night began in the second quarter when he caught a 31-yard pass from senior quarterback Tom Stewart. He would go on to finish the half with another catch for ten yards along with a 19-yard run.

However, Adams’s second half performance was what cemented the fate of the game. Harvard’s sole touchdown in the third quarter came from a 28-yard snag by Adams, driving the lead up to 16 going into the fourth.

Holy Cross’ massive comeback in the final quarter of the game put the Crimson (3-2, 1-1 Ivy) in its first deficit all night. Harvard, facing a fourth down in the final drive of the game, desperately needed someone to make a play. With the game on the line, Stewart decided to place his trust in Adams once again. And following the theme of the night, Adams made the catch, moving the chains and keeping the game alive.

But perhaps the biggest play of the game came after the fourth down conversion. Adams’ biggest catch of the night came a play later, as he snagged a 30-yard pass while facing double coverage, drawing a flag for pass interference in the process. The catch set the team in prime field goal position with seconds to go in the game. A play and a couple of timeouts later, junior kicker Jake McIntyre sealed the deal with a 25-yard field goal.

Adams finished the game with seven reception for 84 yards, a receiving touchdown, and 33 rushing yards. His performance on Friday was pivotal in the Crimson’s victory. With a win over the Crusaders, Harvard was able to put an end to its two-game losing streak. The Crimson is hosting Princeton this Saturday at noon, looking to start a winning streak of its own going into the second half of the season. After seizing his chance last week, Adams looks to play a bigger role among a talented group of receivers.