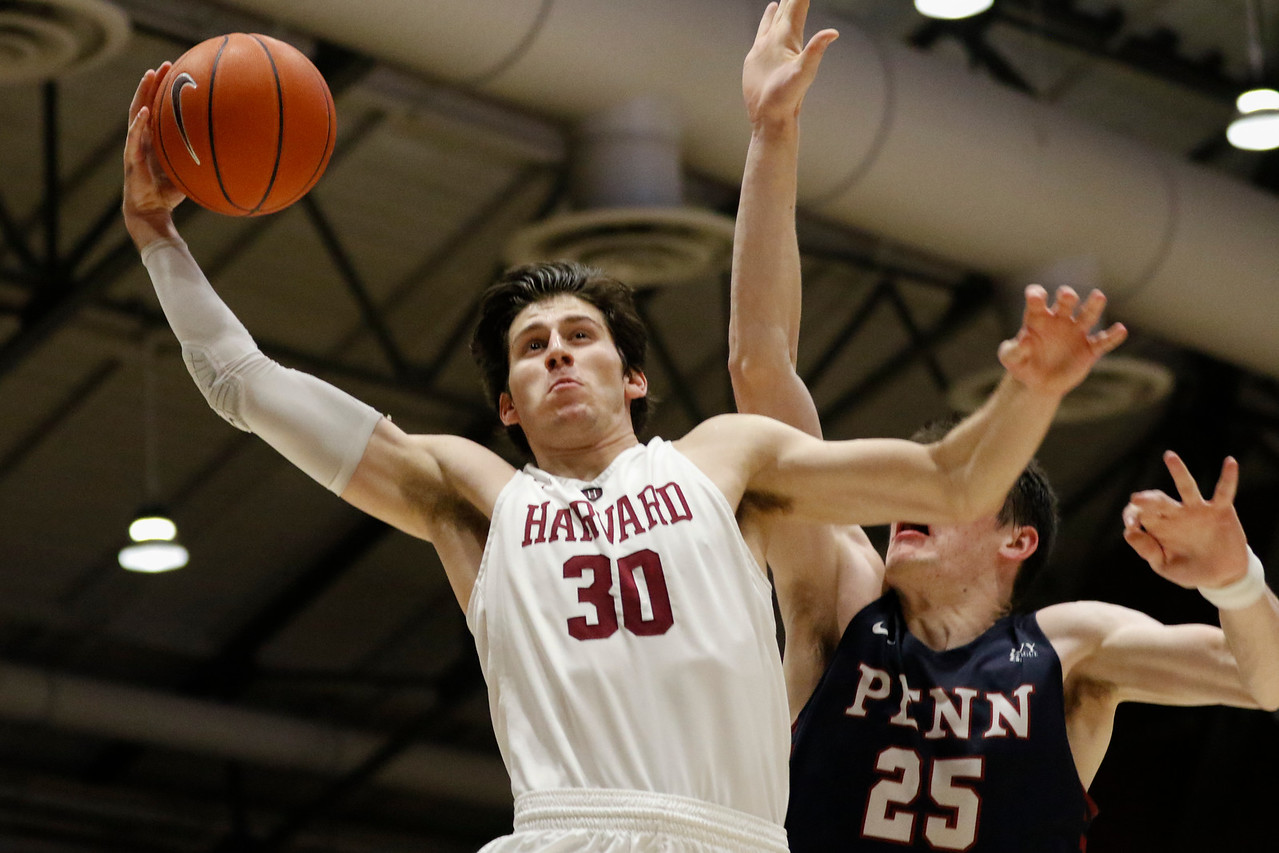 This game has major implications for the fourth and final spot in Ivy Madness next weekend, as Brown and Penn enter the final week of play with hopes of booking their ticket to New Haven. A Brown victory over Princeton on Friday night, coupled with a Yale victory at Penn, would seal a playoff spot for the Bears. In a senior season mired with controversy, Princeton’s Devin Cannady has announced the conclusion of his collegiate career, and has taken a leave of absence for the school.

With Brown seeing Friday night as a must-win game for their chances, and the Tigers solidly in third place in the standings, I see the more desperate team coming out firing Friday afternoon, regardless of home court advantage. I like to Brown to play with fire and win a close game behind sophomore star Desmond Cambridge, after beating Princeton by eight at home earlier in the season.

The second Friday night game with significant playoff implications will be played at the Palestra in Philadelphia. Regardless of the outcome of the Brown - Princeton game being played earlier Friday afternoon, if Penn can beat Yale at home, it will guarantee itself a head-to-head with Brown in Philly Saturday night for all of the marbles. That being said, if the Bears knock off Princeton, Penn will be playing Yale with its playoff chances hanging by a thread, with a loss ending its season. The Quakers boast a legitimate Ancient Eight player of the year candidate in AJ Brodeur, who averages over 17 points and eight rebounds per game.

The Bulldogs have been scuffling as of late, losing two of its last three contests, including an eight-point home loss to upstart Columbia. Nevertheless, Yale will surely have plenty of motivation, looking to knock Harvard off of its first-place perch in the league. It’s hard to disagree that the Bulldogs are the more talented team, but in an Ivy League season characterized by twists and turns - none more surprising than a Penn team that knocked off Villanova battling late in the season for a spot in the top four - it’s simply too difficult to pick against the team facing a must-win situation. Ultimately, my pick for this game relies upon the earlier afternoon game, since Penn will enter the 7pm tip-off knowing the result of the Brown - Princeton game.

This is a tough game to pick. Despite the Crimson’s loss to the Big Red at Lavietes Pavilion this season, the only Ivy League home loss for Harvard this season, the visitors enter this game as the far more complete, and hot team. The Crimson can likely chalk up that loss to the triple-overtime game against Columbia the night before, and will have revenge on their minds in Ithaca. That being said, Cornell’s season depends on Friday night’s game. If the Big Red can knock off the Crimson, they will stay in contention for Ivy Madness, although their chances of qualifying currently stand at 10 percent.

While I would normally be compelled to pick the more desperate, home team, Harvard is simply too talented, and Cornell has been scuffling in a big way. The Big Red has lost five games in a row, and although I expect the spread to be set at a small number, I expect the Crimson to rout Cornell on the road. Registering the worst offense in the Ivy League, and the third-worst defense in the conference simply won’t get it done against a first-place Harvard team.

The Pick: Harvard by 4 or more.

The only game of the weekend that is guaranteed to lack playoff implications, the two cellar-dwellers of the league will play Friday night in Morningside Heights. The Lions have solidified themselves as the spoilers of the Ancient Eight, knocking off both Brown and Yale last weekend on the road. Columbia has been tough behind the shooting of Gabe Stefanini and Quinton Adlesh, and are a couple close losses out of being firmly entrenched in the conversation for Ivy Madness.

The wheels have clearly come off the bus for Dartmouth, losers of six straight. I see them entering the final weekend of the season listless, against a far hotter Lions’ team. Columbia should be able to handle the Big Green with little trouble in front of a home crowd.

The Pick: Columbia by 5 or more.

This is, for all intents and purposes, the biggest game of the weekend. Barring a Brown win coupled with a Penn loss on Friday night, this matchup will determine the fourth spot in Ivy Madness. In a season that has tormented the Quakers in conference play, I don’t see Penn squandering yet another chance. If they enter Saturday night in a “win and in” situation, I can’t imagine a Quakers team, which is in all likelihood more talented than the Bears, losing at the Palestra. Expect Penn to handle Brown, and quite possibly punch their ticket to Ivy Madness.

The Bulldogs might still be in the mix for the No. 1 seed in the league, which would guarantee them a trip to the NIT if they were to fall short of winning the tournament. The Tigers will in all likelihood be firmly entrenched in the No. 3 spot, giving them relatively little to play for, even on Senior Night at Jadwin Gymnasium.

Yale boasts the best offense in the conference at over 80 points per game, and I don’t see a Cannady-less Princeton keeping up with the visitors, despite the emergence of Ryan Schwieger. I like the Bulldogs to end the season in a winning way, before returning home to host Ivy Madness

The fact of the matter is, the Lions have never been an easy opponent for the Crimson to handle. The two teams played the hands-down most entertaining game of the season in Cambridge, when the Crimson eked out a 3-OT win. Expect Columbia to come out firing on senior night, with the confidence of knowing they have beaten Harvard three straight times at Levien Gymnasium.

With the Crimson hoping to hold onto the No. 1 seed in the league, expect a tightly fought contest. Despite having little to play for, I could see the Lions defending their home court and avenging their loss earlier in the season.

The Pick: Columbia by 2 or more.

I expect Cornell’s season to have already ended by this point, giving the Big Red little to play for. Senior Night will mark a well-deserved moment of recognition for Cornell’s standout Matt Morgan, one of the best players in recent memory to play in the Ivy League.

This one could honestly go either way, but I expect Dartmouth to put up little resistance as Morgan and the Big Red will take out their frustrations at missing the Ivy Tournament on the visitors.

The Pick: Cornell by 5 or more.