Wincing with the Stars: Oscars 2013 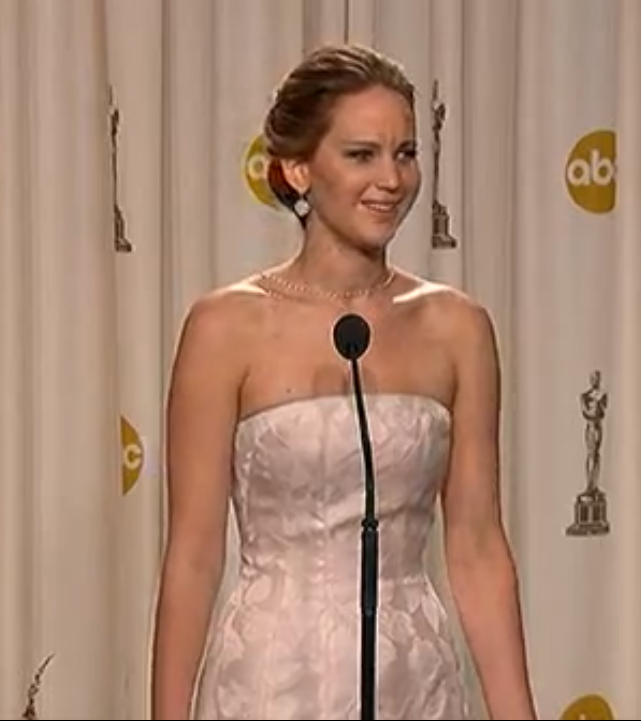 Given that Seth MacFarlane has built his career on being as bombastically outrageous as possible, he shouldn't have been surprised when his attempts to laugh off a terrible opening monologue were unconvincing.

The majority of the content of the 2013 Oscars left us mostly wondering what any of it had to do with the 2013 Oscars. A musical revue featuring "Dreamgirls" and "Chicago," frequent pictures of John Travolta in "Hairspray," and weird, patronizing clips about why technical work is important were only some of the wonders to which the audience was subjected last night.

Thankfully, the weirdness subsided for the actual award recipients, among whom there were few surprises. Christoph Waltz and Anne Hathaway were bestowed Best Actor in a Supporting Role and Actress in a Supporting Role, respectively, and both predictably received their awards with bashful glee.

Quentin Tarantino, replete in leather tie as he accepted his Best Original Screenplay win for "Django Unchained," contrasted the muted acceptance of "Argo" for Best Adapted Screenplay with a satisfying inability to act normal in a public setting. Meryl Streep barely looked at the envelope before announcing Daniel Day-Lewis as the winner for Best Actor. (Bonus points for Joaquin Phoenix's nearly audible sigh during his competitor zoom-in.)

Jennifer Lawrence received a similar perfunctory huzzah, tripping over herself in the cutest Zooey Deschanel fashion on her way to collect her award onstage. Adele sang dramatically, and Ben Affleck was lovably earnest and uncomposed in accepting the Best Picture award for "Argo," using more sports metaphors than there are in "Silver Linings Playbook." Daniel Radcliffe and Kristen Stewart awkwardly presented an award with the noticeable absence of their common link—one Mr. Cedric Diggory. It was an idealized picture of the status quo, save for Ang Lee's "Life of Pi," which took home a Best Director award and the tiger's share of the technical awards.

Then again, there was that moment when Jack Nicholson and Michelle Obama strangely tag-teamed the Best Picture announcement. For a hot second, we thought that this was gearing up for a "Zero Dark Thirty" win quickly followed by a rousing chant of "GM is alive. Bin Laden is dead."

Alas, the only true surprise about the whole night was how genuinely anticlimactic it was, and thus it seems sadly appropriate that Seth MacFarlane dropped insults about Quentin Tarantino's style or Jean Dujardin's flagging career that could have been made six months ago. However, given the year's genuinely exciting crop of films—from Lana Del Rey Jr.'s precious love story on Cape Cod to Philip Seymour Hoffman's masterful turn to the best Bond movie in years—it seems strange that such a cavalcade of talent did not express itself last night in the slightest. Mic drop.

For more of The Crimson's film coverage, follow here.