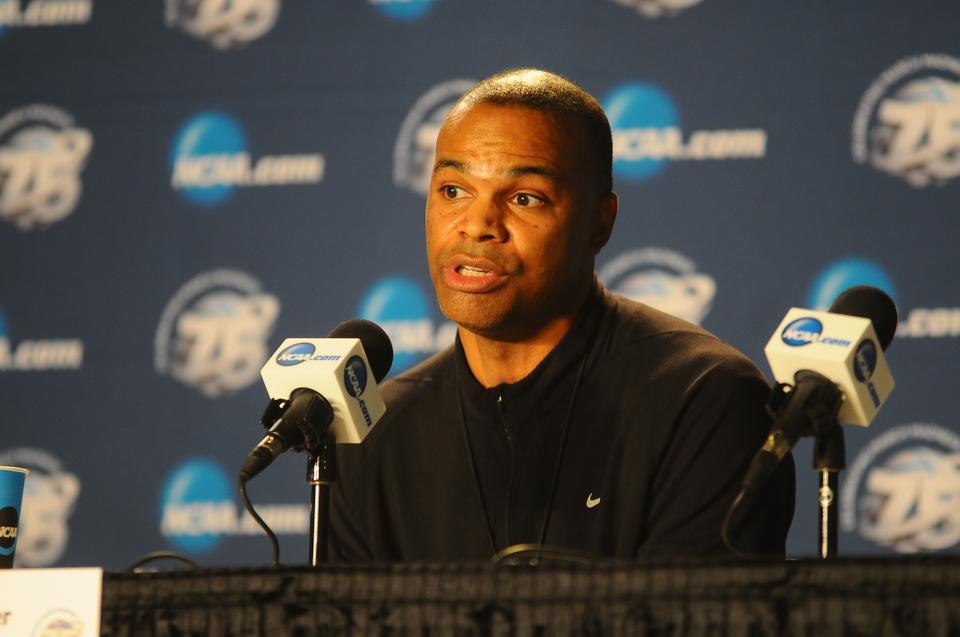 For Harvard coach Tommy Amaker, drawing the University of New Mexico in the NCAA tournament is a flashback his senior year of college. The national Defensive Player of the Year, Amaker was the lone starter returning from a Duke squad that made the tournament final in 1986. Back before Duke was Duke, with Blue Devil coach Mike Krzyzewski not yet the household name he would become, Amaker played a starring role for the 1987 Duke squad.

In the tournament, Duke easily advanced in its first two games, dispatching Texas A&M, 58-51, and Xavier, 65-60, to reach the Sweet Sixteen. There, awaiting Amaker and the Blue Devils, was current New Mexico coach and Indiana Hoosier guard Steve Alford. Alford had averaged 22 points a game for Bob Knight’s Hoosiers and would go on to lead the team to a national championship that year, topping Amaker’s squad, 88-82, in their clash.

“It was such a long time ago,” Amaker recalled. “You remember losing and it being the final game of your career and being in the locker room at season end as a senior. They were a great team. We had a great team the year before, but Indiana was great with Keith Smart, an amazing player who hit the big shot against Syracuse [in the 1987 national championship].”

Since then, Amaker and Alford have taken vastly differently paths to Salt Lake City, where their teams meet on Thursday night in a second-round matchup (9:50 EST, TNT). Disciples of their college coaches, both are branches of the Bob Knight coaching tree that liberally borrow for their mentor’s philosophies. Krzyzewski served as an assistant under Knight before moving to Duke, where in a few years he will threaten his former mentor’s all-time wins record.

Amaker’s Harvard team isn’t that different from Krzyzewski’s current Duke one. Both are dependent on outside guards with stretch fours (Ryan Kelly and junior co-captain Laurent Rivard) with offenses anchored by quick point guards (Siyani Chambers and Quinn Cook) and defenses dependent on shot-blocking big men (Kenyatta Smith and Mason Plumlee). Duke is famous for producing great three-point shooters—currently in the NBA, former Dukies Shane Battier, J.J. Reddick, and Kyle Singler all shoot 35 percent or better from behind the arc—a philosophy on which Amaker’s Harvard team, which is the seventh best shooting team in the country from behind the arc, is built on.

Alford’s New Mexico team emphasizes the toughness and defensive accountability that Knight was famous for; the former Indiana Mr. Basketball preaches his former coach’s motto: “Make more free throws than they take.” Alford’s team is sixth in the country in getting 25 percent of their points from free throws, and the Lobos rarely foul.

“You know coaches in terms of their styles,” Amaker said. “He is an Indiana native who is a man-to-man defensive guru. You know his background, and he was a great scorer and shooter as a player and he has always had guys who can do those things. His team is fundamentally sound and solid in every facet of the game. That’s how he played and that’s how he is as a coach. That’s why I think he’s done one of the more underrated coaching jobs in the country since he has come to New Mexico.”

Since their Sweet Sixteen matchup, Amaker and Alford have faced each other as coaches nine times. Coaching at the same time in the Big Ten, Alford got the better of Amaker five times while at Iowa, twice dispatching Amaker’s Michigan squads by more than 20 points. The matchups have brought the two close.

“I’ve known Steve forever,” Amaker said. “We were in the same class in high school. Steve is a good friend and a great player, and he has done a terrific job everywhere he has been as a coach. I have nothing but wonderful things to say about Steve Alford. I don’t think he and I would have thought of this happening but we’ve been in the coaching profession enough to recognize this journey has been lucky enough to take us to being representatives of great schools. I’ve always admired Steve, and he was a great player and he’s become one of the best coaches around.”

Both coaches have taken their programs to new heights. For New Mexico, this is the third time in four years that the Lobos have received a top-five seed. In its last two NCAA appearances, New Mexico bowed out in the round of 32 to Washington and Louisville. Alford’s team is being touted as a Final Four sleeper, with its RPI rating and strength of schedule (second in the country according to one metric) indicative of what some consider an underseeded squad.

On the other side, Amaker has brought the Crimson to back-to-back NCAA tournaments and weathered the loss of four starters from a year ago, two to graduation and two to suspension. The Crimson has won a share of the past three Ivy League titles and made the AP Top 25 last year for the first time in program history.

Although he lost the last time the two played in the tournament, Amaker outshined Alford the last time the two shared the court as players. Alford was held to four points below his season average in that 1987 matchup, hounded into a six for 16 effort from the field. On the other side of the ball, Amaker led all scorers with 23 points and played all 40 minutes, shooting eight for 17.

Carrying an 11-point underdog into Thursday’s matchup, Amaker said that the Crimson must have faith into what got them to this point. If they do, revenge may be served.

“They have terrific balance and we should expect how well their fan base will travel to follow that program. That’s a proud program and it’ll be a tough environment and a tough opponent knowing what I know about Steve,” Amaker said. “We will tweak things based on scouting and our opponent but we need to remember who we are and what has gotten us to this point.”