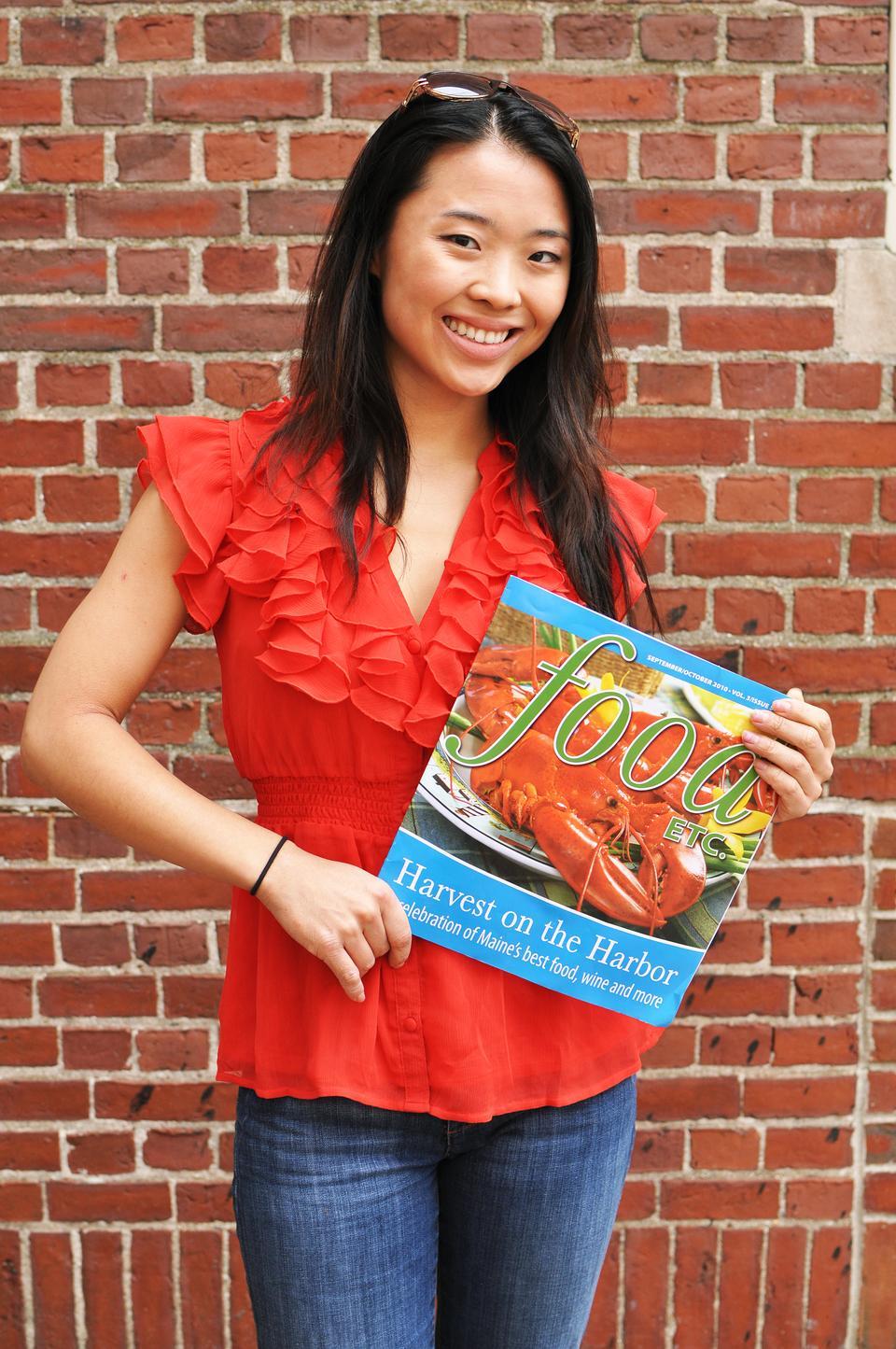 When the going gets tough, the overwhelmed escape town. That was my rationale behind why I wouldn’t feel guilty for ...
By Lingbo Li

When the going gets tough, the overwhelmed escape town. That was my rationale behind why I wouldn’t feel guilty for a mini-vacation in the midst of midterm season, recruiting, and an ever-mounting stack of responsibilities. I’d been “planning” my culinary vacation to Portland, Maine for about a month. By “plan,” I mean that my better half had taken care of the inn reservation. A week before departure, I tried to make dinner reservations on OpenTable, only to discover that all the top picks were booked solid.

A lot of my plans are like this. Forging ahead in chaos.

Thankfully, a sushi place not on OpenTable still had spots open. Miyake at 8:15 p.m. it was. We rolled into Miyake (129 Spring St.) after a surprisingly pleasant drive. It was a small restaurant with brightly colored walls and a reputation for excellent omakase—a chef’s choice tasting. The evening was nothing short of magical. The first course included raw lobster, slippery and fresh as the sea, along with artful cuts of raw fish. Then came seared scallops with delicata squash and roasted brussels sprouts. Our waitress then carried out the most tender, melting swordfish with fingerling potato in a dash broth. The fourth course was more French than Japanese—a beautifully plated duck confit and roast duck with foie gras and quince paste. We were getting full, but there was still unagi and sardine nigiri, picked up with the fingers and quickly consumed.

Finally, the pièce de résistance, ordered à la carte: the lobster roll. Not a lobster roll in a hot dog bun, but a kind of lobster maki topped with a fat, sweet piece of lobster claw meat and caviar. The diners next to us at the sushi bar were so delighted with their food that they handed the chef a shot glass of sake which he accepted, beaming. I snuck some cake out of the inn’s dining room and fell asleep.

The next morning, we went to the highly recommended Duckfat (43 Middle St.). They’re famous for their fries, appropriately prepared in a vat of roiling duck fat. I ordered these beauties with a side of duck gravy and clutched the greasy paper bag as we ate it standing up, then sitting on the curb outside, as there were no chairs available. They were outrageously, unbelievably good. The fat had penetrated so deeply that they instantly melted after the slightest crisp hesitation. I drank up the rest of the gravy. Ah, vacation.

Then it was off to J’s Oyster (5 Portland Pier). The place had a homey, hokey charm to it, and their lobster roll contained an absurd amount of fresh lobster meat for only $12.50. My Yelp iPhone app informed me that Anthony Bourdain had also enjoyed their lobster rolls. I slurped down a few dollar oysters and rinsed clams (known as “steamers”) in drawn butter without shame. After so many calories, I rapidly fell into a food coma and took a four-hour nap at the inn before heading out for dinner. Somehow, I’d managed to snag same-day reservations at Fore Street for 9:45 p.m.

Fore Street (288 Fore St.) was a farm-to-table powerhouse with an open kitchen and “wood oven grilled” entrées. The star here were the wood-roasted mussels with almond-garlic wine sauce, best sopped up with good, thick bread. I devoured a perfectly grilled pork chop, then some dessert, drove back to the inn and watched a romantic comedy about a middle-aged woman before falling asleep.

I left Portland the next afternoon, fat and relaxed, but didn’t forget to pick up a box of fried clams (rubbery and disappointing) before I left, then another cone of fries from Duckfat. After returning to Boston, I made stir-fried kale and chicken for dinner and settled into bed with my laptop. My head, for the first time in weeks, felt clear. My stomach, on the other hand, ached.