“Diversity, inclusion, and belonging are not incidental concerns; they are fundamental to Harvard’s mission and identity.”—President Drew Faust 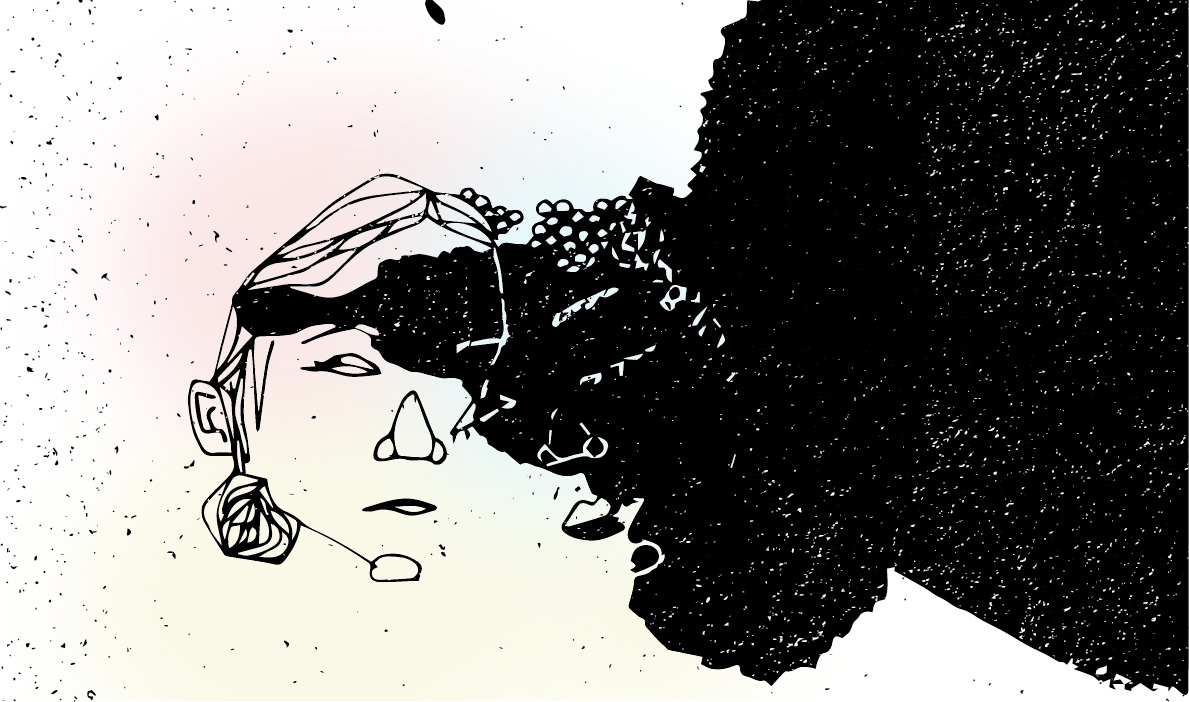 In middle school, the summer before eighth grade, a pair of black kids, rumored fresh from Newark, moved to the purple house across the street, along with their cop mother, single uncle, and more. I didn’t talk to them, since I was under house arrest until I redeemed myself from failing summer school algebra II (no, it didn’t matter that I didn’t know algebra I yet, money was paid, mistakes were made, and our real estate agent’s son already knew calculus) but when July got too sticky, I’d watch them through the living room window. They played football on the street, while their uncle sat on the step smoking. When school started, they ripped the place up in a similar way. When an Asian playing Ninja took out his air gun and shot, one of them told him he was doing it wrong, showed him the right way, and said he knew because his mom was a cop. We got off at the same bus stop and walked on opposite sides of the streets. We didn’t talk, but we were friendly. They once chased down a dog my sister was running away from while I laughed in the corner. Then my family moved two blocks away and I never saw them again, except occasionally at school. There were so few black kids in my hometown that they stood as concepts formed by media, history books, and music, more than real people, especially to the Asian kids, who collectively ate, did calculus, debated Ravel vs. Debussy, and sucked up to biology teachers, separate from even the white kids.

During freshman year, I made my first black friend. She was my roommate, came from Queens, went to an all girl’s prep school on a scholarship, and spent all of first semester thinking I was way too artsy and ridiculous to befriend, since I was a self-proclaimed fiction writer and wore heels quotidian. I thought she was rude for not inviting me to her birthday party, but that was before we were inseparable. My town was so de facto I had never really imagined reaching the interiority of a non-Asian person. I spent a lot of high school reading about Brooklyn’s Red Apple Riots, Rodney King, anti-blackness in Asian circles, and anti-Asian hip-hop lyrics, which led me to believe that on a grand-scale, our racial groups did not get along. She knew the price tag on my boots, my parents’ jobs, and that I was bougie enough to know which Rachmaninoff symphony was my favorite. When she worked in the financial aid office over the summer, her co-workers were surprised when she said her best friend was this rich Asian girl. My Asian friends kept telling me to bring the black girl along more often because they thought she was funny.

Though the college often encourages, funds, and attempts “cross-cultural” connections through grants and rhetoric, genuine ones are rare. When last year, police officer Peter Liang murdered an unarmed black man Akai Gurley, the Asian American Association, Chinese Student Association, and Black Student Association banded together for a discussion at the Institute of Politics, but, by all accounts, the discussion was lackluster. The absence of connection was evident even in how we sat at the table, black students on one side, Asian students on the other. But that wasn’t a surprise. There was a black table in Annenberg, but there was an Asian table too. We knew our friendship was an anomaly, because in many ways, we were privileged enough to be anomalies. Having gone to a mostly-white prep school, she had already learned to explain without asking what some people felt did not need to be explained. She was used to extending sympathy to others more privileged than herself. I was lucky enough to come from a place where yellowness was more or less a norm. Unlike many, I was confident enough in my racial identity to be vocal.

Yes, we did talk about things outside of race. But it became evident that race affected almost every important thought we had. I had faith in economic, educational, and cultural institutions because my parents had gone to grad school and were successful, and I reaped the benefits of that process. She had less faith because her dad, who also finished grad school, ended up working the same job he had when he was nineteen during the recession. She affectionately called the Fed, whose impact I’d studied the entire semester in introductory macroeconomics, the “do-nothing bank,” to which I freaked out. She didn’t like my textbook analysis of the minimum wage. When she saw ambulances in Cambridge during the day of a Black Lives Matter protest, she automatically assumed that the protest in Boston had gone horribly wrong. I cried at “Looking for Luke” because Luke’s dad’s rationalization of his suicide reminded me of my own father. Our eyes were shaped by our color, which had to be explained in detached, difficult dialogue.

I have never written about Moonlight before, but I loved it. I viewed it as one views her first love on her final date, with awe, break, silence. I watched it four times, once with my best male friend, once with my sister, once with my father, and once with my roommate. I remember each person’s response, but the one that stands out to me is my roommate’s, who told me she expected it to be better. I got so offended I wouldn’t talk to her for a day. But after, I thought of it as she did, then I thought of it as I did. What did it mean to expect more? To me, Moonlight was an end, because I could never imagine a film with only yellow people, talking in a yellow way, with yellow beauty, precision, and rhythm. But what a privilege it is to know that to someone, my end was a beginning, that there were possibilities beyond. What a privilege it is to occupy, even minutely, a mind beyond your own.