Calling Out for Compassion 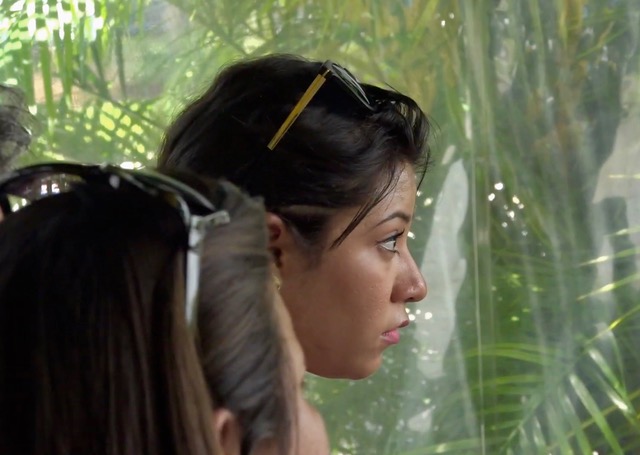 There are few things in the world Andrea hates more than making a cappuccino with almond milk. It is, inherently, a contradictory drink. The cappuccino part necessitates foam and yet, the inclusion of almond milk makes it near impossible to produce enough to do justice to the drink’s definition. She has tried to tell customers just that, tried to ask if they’d like a latte instead, but has gotten hit with the same response so many times — “ohmygod, don’t worry, just try your best with it” — that by now, she saves her breath and time and goes about preparing the order.

It is now 12:02 p.m. on an unusually balmy Friday in February and Andrea has received a grand total of six requests for an almond milk cappuccino. All five have been delivered piping hot, with a lackluster layer of wilting foam, into students’ hands, and all five have been received with that wan, not-quite-smile white Americans in the Northeast hand out freely so as to avoid confrontation but still make their disappointment achingly clear.

Andrea’s head pulses and she wonders whether it’s from the three cups of cold brew she’s ingested today or from the almond milk cappuccinos or maybe the fact that nothing makes her feel quite so backwards as serving that heir to a real estate fortune from her game theory lecture. Or, this fourth-in-line-to-the-aristocracy blonde who always sits in front of her in English as she sports a dirty apron crusted over with coffee grounds that look a bit too much like fecal matter.

She braces herself on the counter and moves some hair out of her face.

“Hey, Carlos. Can you get this next customer? Just need a breather.”

Carlos, a tall sophomore with a solar smile and floppy hair, smiles over at Andrea and nods.

Andrea attempts a smile back, worries it looks like a grimace, and lets it fall as soon as Carlos turns his back to help the next customer. She stretches her neck to one side and watches the student put his order in, eyes glazing disinterestedly over the green quarter-zip and sandy blond hair. He’s probably ordering an almond milk cappuccino.

Andrea turns away from him and Carlos and picks up a rag to start wiping down the counters. She lets herself get lost in the repetition of the cloth over the cheap fake-granite, tunes out the indie punk playing over the speakers, and lets the waves of whooshing milk frothers trickle into idle chat about the importance of some midterm for some professor who attended lecture sporadically. Here and there, Andrea would pick up some particularly impassioned phrase and decide whether to allow an energy spike substantial enough to follow the conversation.

“…and then he told me that he was seeing this other girl and THEN, I found out that it was Amanda, that…”

“…my TA is a fucking asshole, can you believe…”

“…yeah dude, the shit that’s been going on there is wild. Like, we haven’t seen anything this crazy in Latin America since like…Cuba.”

Wait. Stop, stop, turn back. Andrea’s back tenses and she moves the rag to the espresso machine now. Listens. Another voice this time, dripping with the kind of confident disdain possessed only by boys who summered in the Hamptons, rebelliously touting worn copies of Marx’s manifesto underneath their tycoon father’s straight noses.

“Yeah, I don’t get it. It’s obviously some imperialist bullshit the US is on, saying they’re recognizing this Guaido guy as the official leader. I mean, come on, there was an election, Maduro was voted in, end of story.”

The two voices blend together into a blur of unintelligibly unintelligent white noise, rising in pitch and frequency until a dog whistle is ringing in Andrea’s ears and palpitations are churning in her chest. She feels herself drop the rag and walk in front of the counter, hears her voice telling Carlos she will be right back. The whistle triggers a roving siren of noise through her head and down her body so that every movement undulates with the ringing echoes of the overheard conversation. By the time her body feels like one unified moving thing, instead of minute points of individual ripples, she looks up and sees herself. Andrea blinks and so does her copy.

The physical surroundings of chipped toilet bowls and the faint smell of bleach from this morning’s bathroom cleaning trigger a shift from the queasy waves of the last two minutes to sharp crests and troughs that infect her thoughts and lungs, producing a sort of enraged rhythmic heavy breath.

In an attempt to calm herself, Andrea takes out her phone from the pocket of her jean jacket. One missed call, one message, and one text. Same source. A heavy breath breaks her out. Mom.

“Hi, nena. Don’t worry, just wanted to see if you could talk. I’m sure you’re busy.”

Another breath, this time verging on a rattle.

“Call me later if you can? Te quiero. Dios te bendiga.”

Andrea’s fingers hover next to the call button and then quickly move to messages. Her mother’s sits at the top.

“Hola, nena. Dios te bendiga. I hope you’re well…know you’re busy but…wanted to talk if you have any time today. Things in Venezuela are really getting to me…couldn’t get out of bed today, just stayed in watching the news. Thank God the US recognized Guaido…maybe more countries will follow now. Anyway…love you. Call me.”

Andrea stares at the little gray bubble, wills it to stay still and stop swimming before her eyes, tricking her in an endless deciphering game. She reads the words over, eyes passing over “out of bed” a few times in an attempt to make the letters unrecognizable.

—Contributing writer Carla E. Troconis' column, "Ni Aquí Ni Allá," fictionalizes political developments in Venezuela from the past year through the eyes of the diaspora.