It was the bold ambition; it is reality now 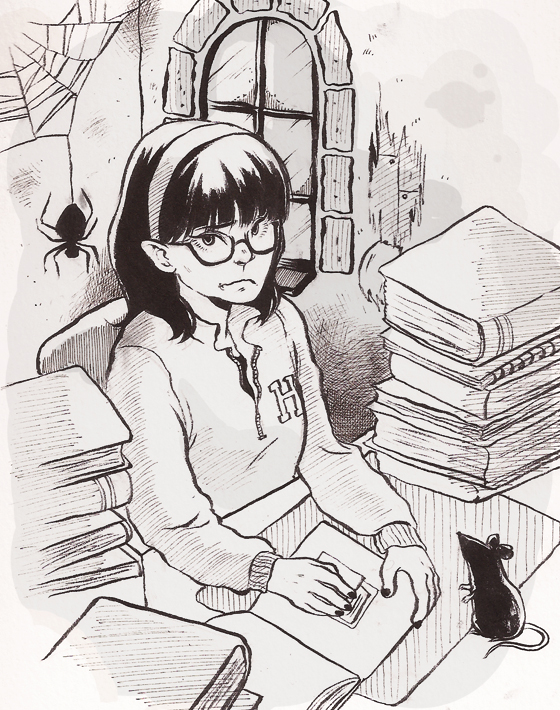 Over 70 different libraries are now united under the Harvard Library Board. With the promise of “delivery of high and consistent standards of service University-wide,” HUL hopes to connect the resources of the Harvard College Library with those of Graduate Libraries. Harvard also engineered its Borrow-Direct partnership with the libraries of MIT and other Ivy League institutions. Combined with the nationwide scope of Interlibrary Loan services, Harvard students and faculty enjoy unprecedented ease of access to materials, books, and periodicals.

Hard to imagine now are the days when a library book had to be returned to the branch from where it was checked out. Harder still the days before the Hollis catalogue, Amazon, or Google Books.

Working in the library when not in class, I spend my days checking in and out devices like Nooks, Kindles, and MacBooks; I process scan-and-deliver requests for patrons based in Cambridge or abroad; I reshelf periodicals as commonplace as Wired or as intriguing as Acta Mathematica Hungarica. I’m grateful for and love my job as a student librarian. It’s enriched my time at Harvard and exposed me firsthand to new ideas in library and information science, even spurred me to research graduate programs in librarianship. I’ve been delighted to see new endeavors undertaken to keep Lamont open later during finals, to bring more poets to the Woodbury Poetry Room, to innovate new solutions at the Labrary (a short-lived experiment in library design housed on Mount Auburn Street, in the home of the former Globe Corner Bookstore), and to preserve books through digitization.

But I am worried. Harvard’s collection did not spring from nothing, like Athena from the pained skull of Zeus, but from 300 odd volumes from the Reverend John Harvard and the accumulated profit of 375-plus years of diligence, resourcefulness, and prioritizing.

We are in the early stages of a new Capital Campaign. From what has been reported, Harvard University intends to use this campaign to further its goals through investments in areas such as edX (an online university partnership offering massive open online courses or MOOCs), financial aid, the arts, and development in Allston. These are noble goals, deserving of funding, and deserving of prime attention in a campaign to raise funds for Harvard. Institutions like the School for Engineering and Applied Sciences and the Harvard Financial Aid Initiative changed the face of Harvard for the better, bringing greater diversity to the undergraduate population, and enabled more students to study in more disciplines. Expanding Harvard south into Allston, oftentimes a contentious proposition, likewise seems like a prudent investment in the future growth of Harvard as a university that produces cutting edge research in all fields.

But what of the library system? Surely something as central to Harvard as its libraries would merit top billing, coequal to the other mentioned fundraising goals? I am worried that the library system will be forgotten; I am worried that the restructuring of its bureaucratic and administrative functions (intended to cut costs) will have lead only to cut positions, more infrequent acquisitions, and fewer paper copies of new books and periodicals.

This fall, the History department offers a course on the history of the book and reading. Attending its lectures, I’ve learned that there may be a paperless future of e-books but there was also a paperless past of clay tablets. Content, ultimately, matters more than the medium of transmission. Tales of Gilgamesh still survive, and now survive in graphic novel form.

Though I have tempered my fears of a paperless future, I cannot shake my fears for the library’s future. For that very same class on books, a course reserve e-book has a single license, meaning it can be used only on one terminal at a time—a terrible skeuomorph; the paperless future should mean fewer limits on access, not more.

Libraries are now turning the page; they are facing the future and seek to provide excellent services and usher the scholarly community from the 20th to the 21st century. To do this, librarians will need support and adequate staff; administrators will need budgets. We must privilege the coffer and not the purse-string. Innovation is a problem that cannot be solved by cuts alone. Libraries represent accumulated intellectual capital; let them enjoy equal investment of human capital. As we contemplate the flood of riches that may be on the horizon, I believe Harvard University Library must be a top-tier priority for the sake of students, employees, scholars, and books.

Michael Thorbjørn Feehly ’14 is a History and Scandinavian studies concentrator in Mather House. His column appears on alternate Thursdays.