In Defense of Ignorance

The case for stepping back, closing your eyes, and pulling the plug. 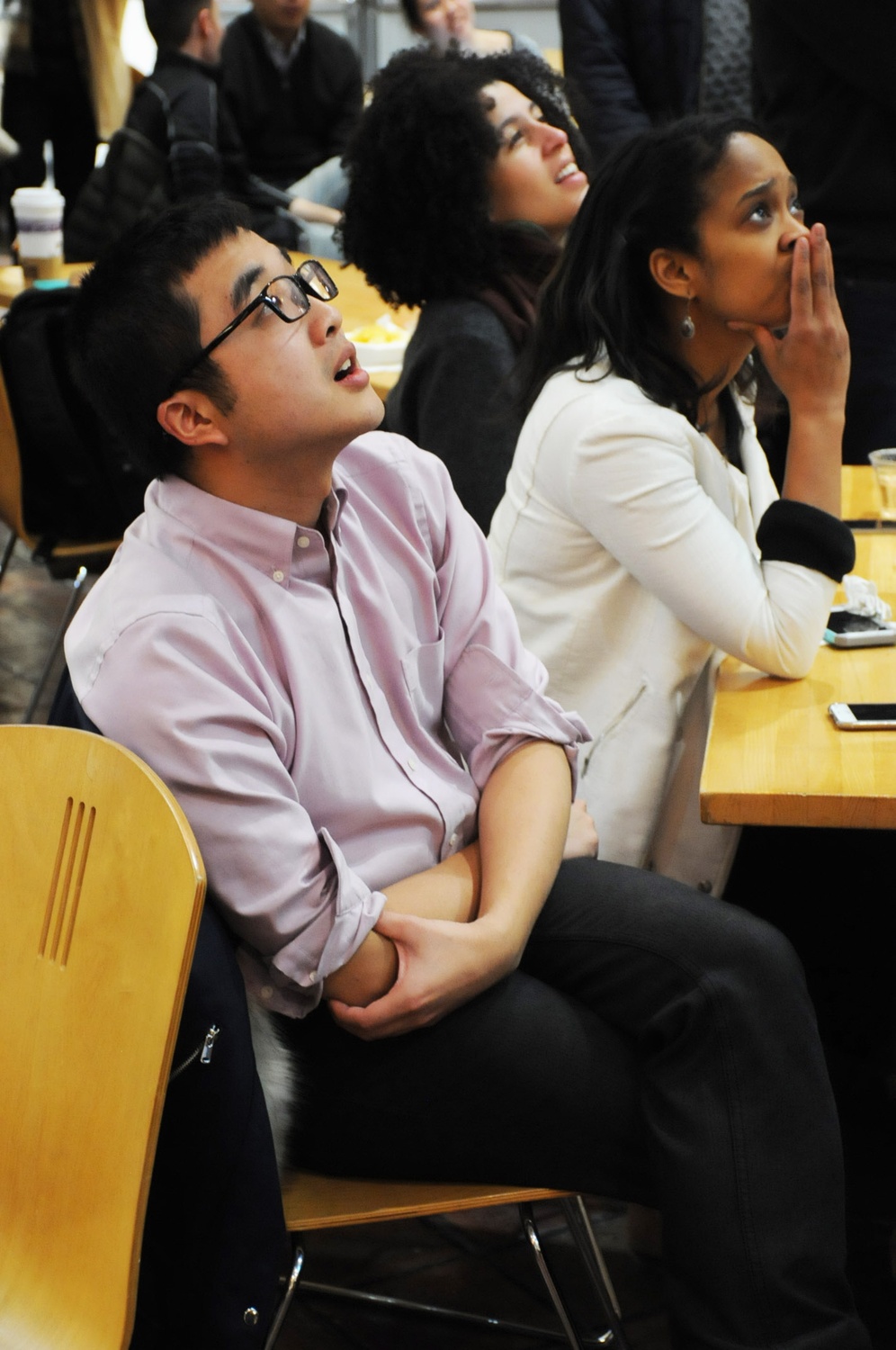 Attendees of the IOP Super Tuesday Watch Party watch as projections are announced for the 2016 presidential primary elections. By Faith A. Jackson
By Shireen Younus, Crimson Opinion Writer
Shireen Younus ’20, a Crimson Editorial Comp Director, is a Government concentrator living in Pforzheimer House. Her column appears on alternate Fridays.

Every day, I spend hours working on a newspaper. And yet, I do not follow the news.

(I promise, I am not exaggerating.)

The last time I watched cable news, I was in an airport (without headphones). I don’t even remember the last time I voluntarily perused a national news site. Two weeks ago, when most of my peers were entranced by the Kavanaugh hearings, I was not. I watched exactly zero minutes of them. Every day, I calmly scroll past news stories blaring Trump’s name on my Facebook and Twitter feeds. I cannot name more than three people in the Trump administration (counting the president and the vice-president). Honestly, I barely know what’s going on in this country. And I’m fine with that.

I wasn’t always like this. Freshman year, I was such a news junkie that my parents gave me Anderson Cooper’s then-recent autobiography, “The Rainbow Comes and Goes,” as a present on move-in day. I was addicted. For years, I regularly watched CNN, MSNBC, and even Fox News. I was subscribed to daily emails from the New York Times and the Washington Post. The Atlantic, USA Today, and HuffPost lined my bookmarks bar. Through the 2016 election season, I knew the breakdown of every primary race. During the school year, I checked Twitter in between classes and live streamed cable news on my laptop while doing my readings.

But after the election, I unfollowed Trump. I stopped streaming AC360. I stopped clicking on any Trump-related headlines. And even today, I do not keep up with the president’s rants on Twitter. I do not watch SNL spoofs or late night comedy bits about the administration. In fact, the last time I saw or heard the president speak was on election night two years ago.

For someone like me, this is a major confession. Here at Harvard, I spend most of my time outside of class at The Crimson or the Institute of Politics. I’m a government concentrator and have taken multiple classes on American politics and American democracy. I’m a citizen of this country, and its politics affect me, my family, and my friends. And yet, when it comes to political news, even my mother talks circles around me.

Of course, I’m not completely out of the loop. My political sphere on campus makes that impossible, as does my conscience. When the news is gripping and relevant, I keep up. This summer, I watched with horror as the president’s administration tore children from their parents at the border. In the last few weeks, I followed the Kavanaugh news and hearings (obviously).

But as often as I can, I choose ignorance. This is in part because I find most of the news cycle to be focused on the endless internal discord, vitriolic language, or extramarital affairs that make up the circus surrounding Donald Trump. The news is usually more focused on fantasizing about how Melania Trump is a secret member of “the resistance” than it is on discussing the U.S.-backed atrocities that are occurring in Yemen. And that’s just not worth my time. But it’s also because I have found that staying in the loop exhausts me and ultimately takes away from my personal happiness and mental health.

Though I could argue against this, I will instead simply say that, for me, choosing to close the flap of the tent and leave the circus has been life-changing in the best way.

Free of the pressure to always know what is going on, I am present — less focused on refreshing my newsfeed and more aware of my surroundings. I’ve traded in political videos on Twitter for cooking videos on Facebook, and CNN roundtables for Netflix teen comedies. As I avoid the endless barrage of op-eds debating when Trump will be impeached, I am more likely to click on a headline about something I know nothing about. As a result, I consume less domestic news and have actually become more aware about what’s going on in the rest of the world.

The fact is that I live with the reality of a Trump presidency and a broken America. I wake up in the morning in a country in which abusers sit in the White House and on the Supreme Court, in which my existence as other is often up for debate. I know this. Drowning myself in the news in a futile attempt to stay informed does not help me. And often, instead of holding the president and his administration accountable, the news only seeks to amplify his behavior, until his presence is crashing over me again and again and again.

And so now, I unplug. I choose ignorance, and I am happier for it. I choose to make time for my own self. I choose to spend my time on action rather than consumption, working in the hopes of effecting real change. By silencing Trump, I’ve allowed myself to make noise, to think and write and speak. I have created space for myself to grow and change and learn. And it is in this, in my ignorance and in my disinterest and in my happiness — in this, I have found my resistance.