The little things matter, and we shouldn’t bother wondering why 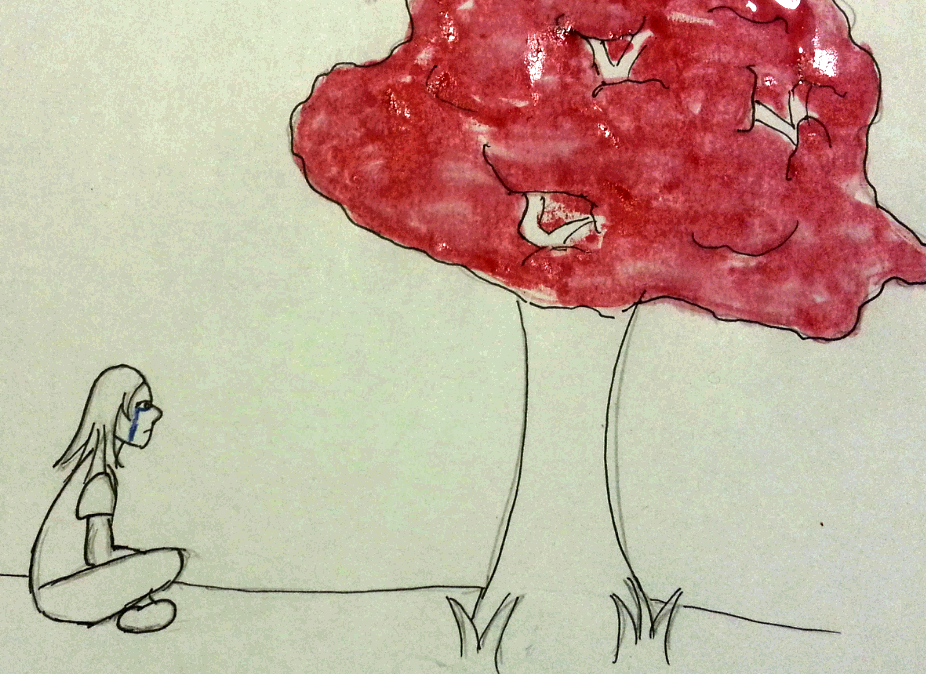 This time of year, a tree outside my high school never failed to make me cry.

It wasn’t a fearful site—no friend of mine fell from its limbs to crippledom. No dear classroom pet requiescats in pace beneath the soil that surrounds it. In fact, the tears were happy ones, and yet I could not even attach a meaningful moment to the maple. The sapling, when it came down to it, was entirely average in all ways but one: In the fall, as its relatives took on varying shades of dull brown and orange, its leaves turned a brilliant red. And then my eyes began to sting.

Did this tree, a burst of color against the dull background of my alma mater’s faded brick walls, stand as a symbol of the wonder of learning that I sometimes let slip me by amid the drudge and drear of academic tedium? Sounds like a stretch. When I try to conjure up any interpretation, I feel as if I’m sitting in English class waxing not-so-eloquent about a character’s motivation in a novel I couldn’t find the time to read.

I have to throw rationality to the wind. The tree opened my floodgates because, well, it was a really nice tree. Its redness made me feel something I cannot describe, and there’s nothing more to it.

Maybe I’m crazy. But even after I had to forsake my favorite foliage for new trees lining the banks of the Charles, I found a replacement. Outside of the Science Center, near Littauer and the law school, sits a tin-roofed stump fitted with a small wooden door, a placard above the entrance reading “Mr. Sanders”—some letters backwards—and another sign advising visitors to “rnig also.” Harvard houses Nobel laureates and piano prodigies, but nothing struck me more my freshman year than seeing Winnie-the-Pooh’s front stoop right outside my Yard. Pooh’s pad moved me at college in the same way the good old maple tree did at home. Every time I passed it, it caught me and my tear ducts off guard—just because.

But this year, something horrible happened, something that only further convinced me of the foolishness of my reaction to trees and stumps alike. I returned to campus to find Pooh’s door ripped from its hinges, the pebbles surrounding the stump scattered, and the bark edifice haphazardly spray-painted. Some vandal had ruined the (inexplicably) best part of my day. I felt disproportionately depressed, and I also felt alone. No one else understood my sadness, and no one else seemed to mind the destruction.

Until now. On Friday, during my daily trek from River to Quad, I discovered with joy that Pooh had acquired himself a replacement door, carefully crafted and firmly fixed onto his home. Whether George Eastman, the house’s “unofficial gatekeeper,” or an unidentified Good Samaritan in the night, someone had taken it upon him or herself to restore Cambridge’s little sliver of the Hundred Acre Wood to its former glory. Someone had found the structure as worthy of saving as I did. Someone had felt my same entirely indefinable but equally indefatigable feeling. In one sense or another, this revelation elevated Pooh’s tree above the one so central to my teenage years. It taught me that I was not alone after all.

We live in a world where thought trumps feeling. That’s true for a reason: Most of the time, it does serve to scratch beneath the surface, whether in our personal pursuits or our academic ambitions. The latter pushes us especially hard as college students; we believe we must derive a logical explanation for everything that nature throws in our paths. But sometimes, something small out there touches us, and it does so without reason and without explanation. When that happens, we should cast away our compulsion to analyze. It doesn’t mean we’re silly—it means we’re human.

William Wordsworth wrote, “To me the meanest flower that blows can give thoughts that do often lie too deep for tears.” For a self-acknowledged chronic crier like me, no thought lies too deep for tears. But some little things in my life lie deep enough to inspire that and more. A sanguine leaf drifting to the ground, a freshly sanded, lacquered front door on Winnie-the-Pooh’s Cambridge home, a cup of English Breakfast tea infused with just the right amount of lemon and sugar. They cause my eyes to well up, my stomach to turn flips, and my heart to skip beats.

Why? I couldn’t tell you. I also couldn’t care less.

Molly L. Roberts ’16, a Crimson editorial writer, is an English concentrator in Cabot House. Her column appears on alternate Mondays. Follow her on Twitter @mollylroberts.