Closing a Gate, Creating a Space 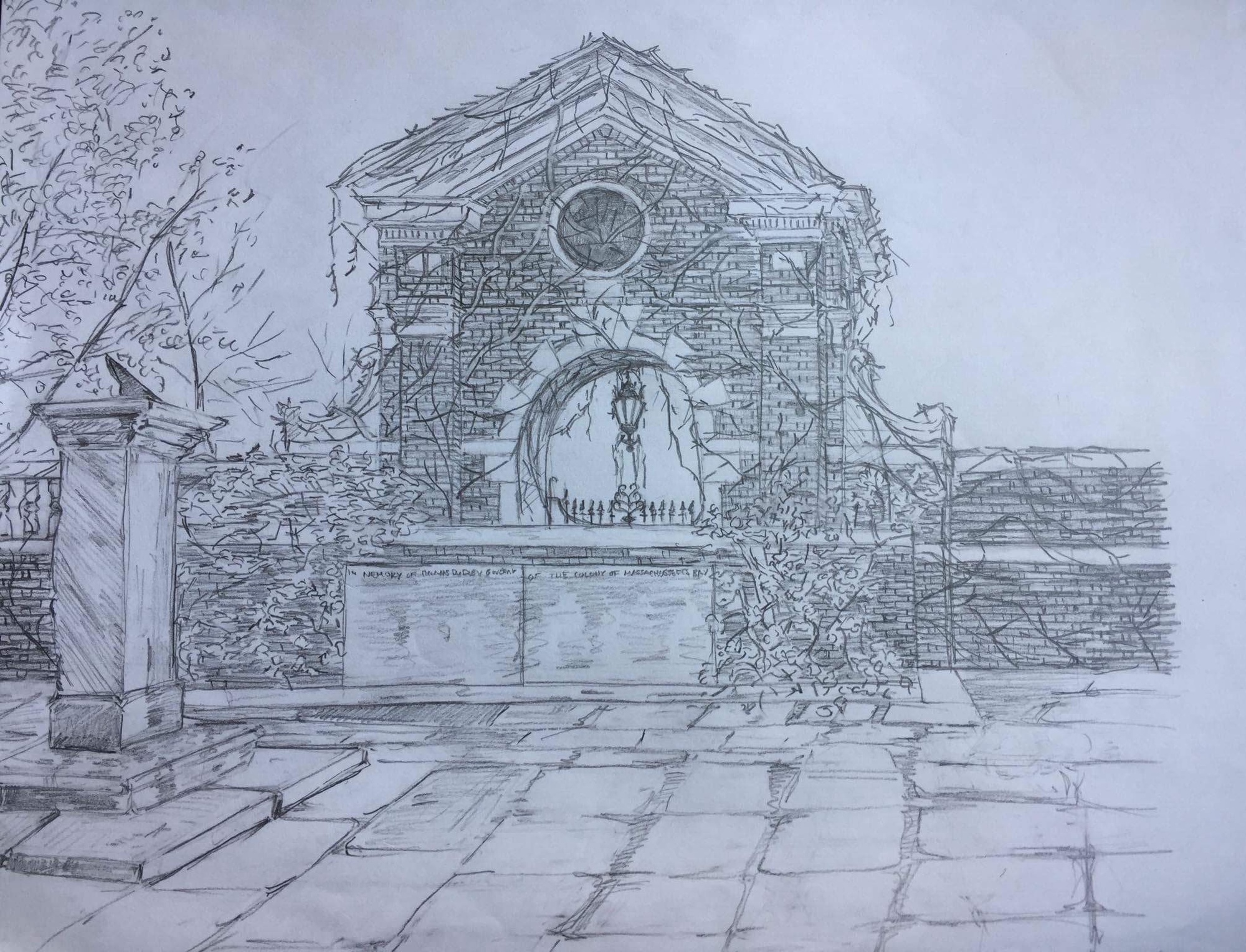 Nestled between Lamont Library and Massachusetts Avenue is a small garden that memorializes Thomas Dudley, a founder of both Harvard and the city of Cambridge. Open only between April and October, the garden is a serene space, filled with flowers and ivy. Lamont, on one side of the garden, is emblematic of the stress and hurry of life within Harvard—of last-minute psets, paper deadlines, and all-nighters. On the other side is Massachusetts Avenue, full of the hustle and bustle of life outside Harvard. But neither the stress of the Harvard world nor the turbulence of the world beyond leaks into this garden. Instead, it remains completely separate from the worlds that border it and serves as a refuge from both. 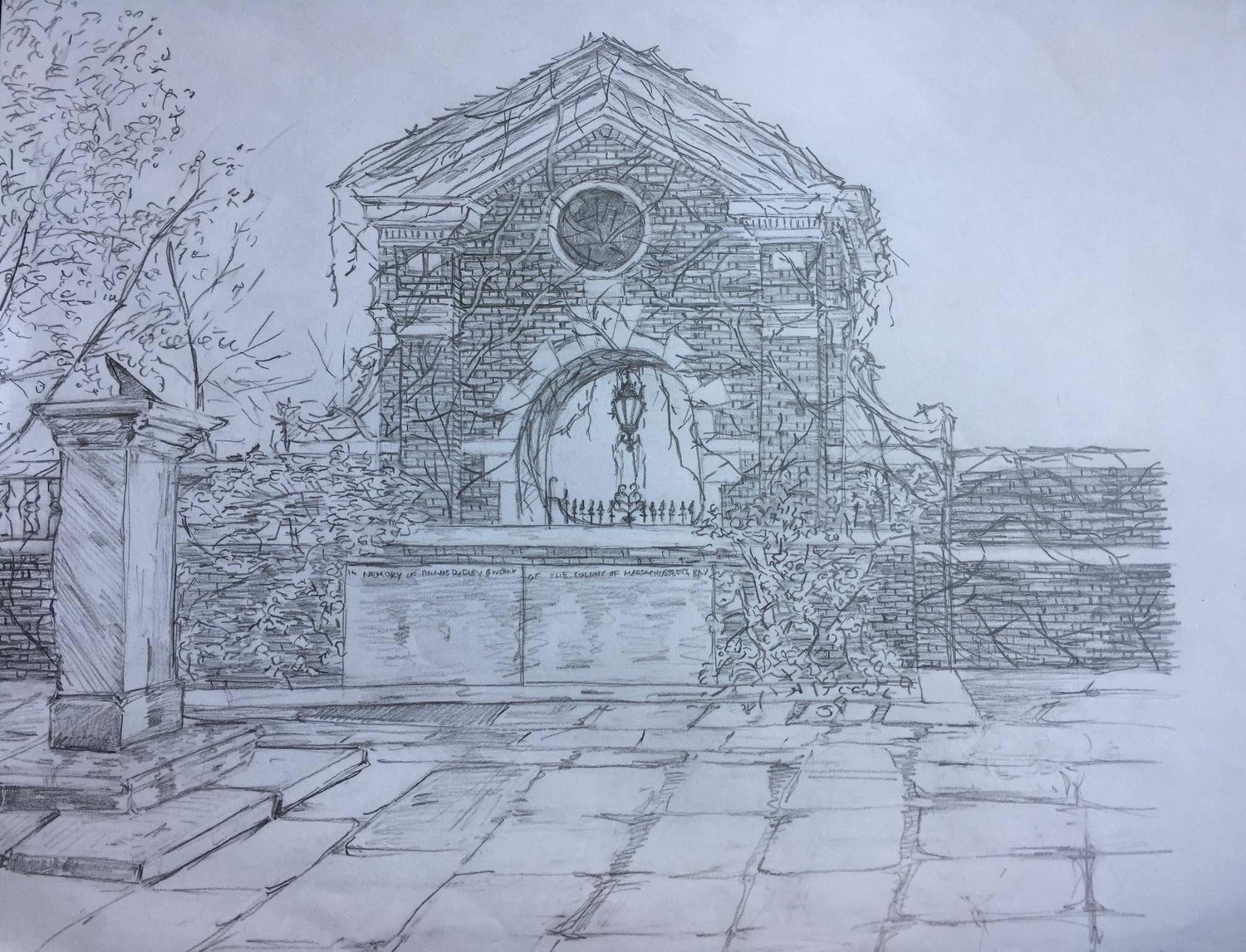 This was not always the case, however. The Dudley Garden of today was not designed and constructed all at once, but rather developed over time. In fact, much of the beauty of this garden could only have emerged from gradual change, and would likely never have existed had the garden been designed at one time by a single hand and preserved as such.

The first piece of the garden to go up was Bacon Gate, erected in 1902 as a major entrance to Harvard Yard. Not long after, in 1915, the first memorial to Thomas Dudley was built: a gate and a clock tower around the corner from the Bacon Gate, on Quincy Street. According to a Crimson article that announced its construction, the Dudley Gate filled the last hole in the fence surrounding the yard. The Dudley Gate had a relatively short life, however, as it was torn down to make way for the construction of Lamont Library between 1947 and 1949.The Memorial Gate was replaced in 1949 with Dudley Garden. A wall set within the Bacon Gate and inscribed with details of Thomas Dudley’s life separated the garden from Massachusetts Avenue, but the Bacon Gate remained open. This likely meant a fairly consistent flow of people past, if not through, the garden. Other than a restoration in 1999, construction of the memorial to Thomas Dudley was at this point complete.

The space of the garden as it is now, however, was not complete until around ten years later, when the Bacon Gate was closed due to illegal activity. The closing of this gate elevated the beauty of both the portal and the garden inside to new levels. Rather than detract from the Bacon Gate’s monumental effect, its closure gave the gate new life, both literally and figuratively. Closing the gate meant that ivy and other plant life could be allowed to creep up it, twisting and swirling beautifully over the brick in the winter and adding flashes of bright green to compliment the red in the summer. In a figurative sense, this new life emerged as the gate was removed from its practical use and became purely aesthetic. Now, it is no longer a gate but a beautiful sculpture, the final visual puzzle piece in Dudley Garden. Moreover, with the closure of the Bacon Gate, Dudley Garden was finally completely blocked off from the traffic and passersby of Massachusetts Avenue, and became the silent, secluded refuge that it is today.