Hope after the Midterms

Some Republicans — however few — can still fathom progressive, bipartisan government. 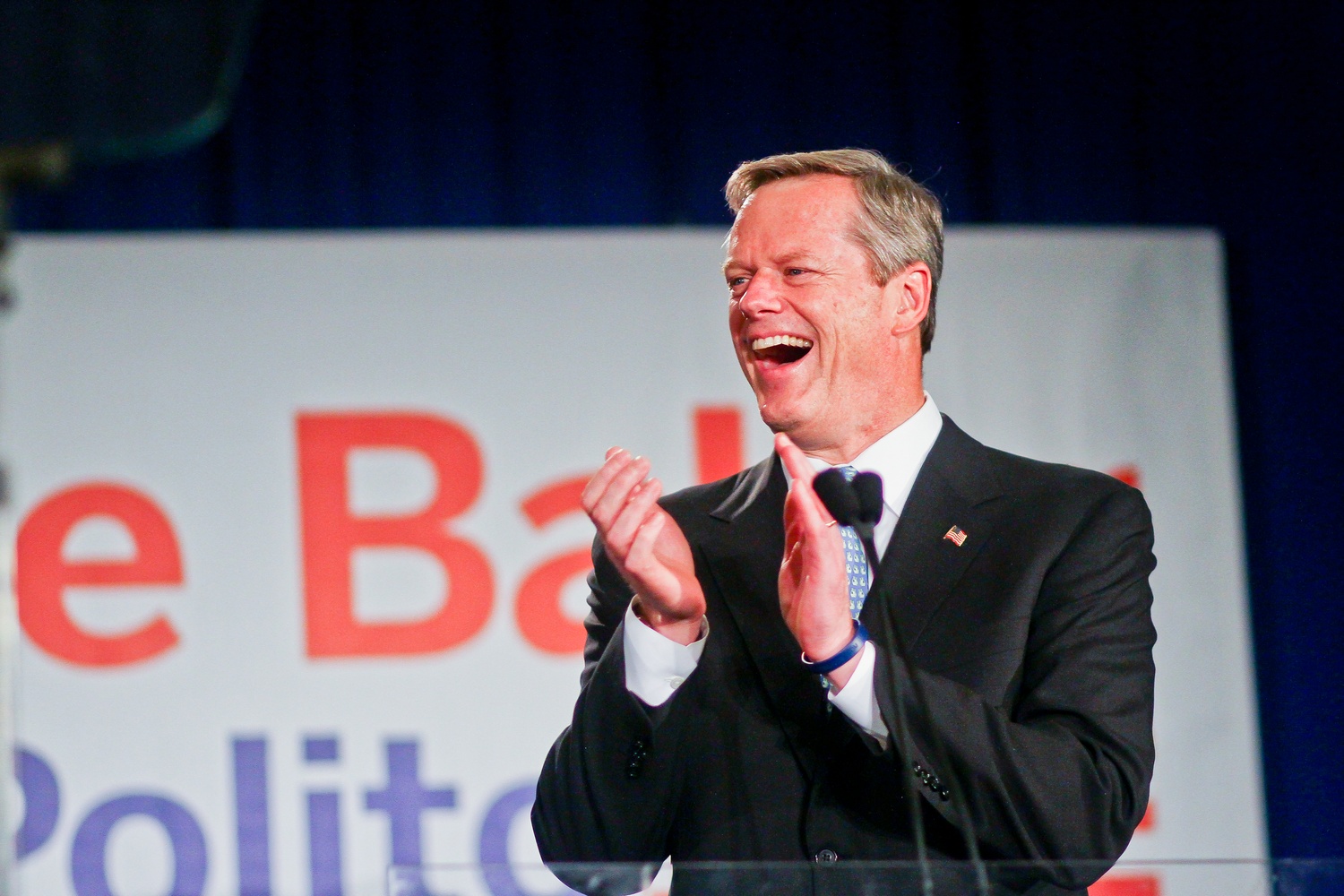 I wasn’t all that disheartened a week ago Tuesday when I learned that Charlie D. Baker ’79 had won reelection as Governor of Massachusetts.

Friends and readers know that I’m no Republican. I find my views on government generally intractable with theirs — at least on the basic importance of the New Deal in securing opportunity for working-class America. But Baker was a curious case.

I remember being a senior in high school and reading about his unexpected victory, wondering how it was that a Republican had won the Massachusetts governorship. Having since read up on his platform, I’ve come to realize we hold many of our political positions in common.

Baker has demanded that gender identity be included in all civil rights protections. He acknowledges that global warming is man-made and has called for reducing Massachusetts’ carbon footprint. He supports mandatory background checks and other measures to restrict gun ownership. He’s investing in a revamped MBTA.

These are the markings of a certain breed of Republican. Not a Democrat by any stretch, but a fellow traveler. These blue-state Republicans seem endemic to New England. (Vermont has one in Phil B. Scott, as does New Hampshire in Chris T. Sununu.) None is quite the hoped-for liberal, but none evokes the kind of hostility to basic notions of progress, procedure, or civil liberties that we’re witnessing from the national GOP.

This cohort of blue-state Republicans also signals a kind of possibility that I find encouraging. I call it the possibility of collective progress.

The basic element of that principle is that we Democrats are willing to come together with Republicans to foster a shared idea of civic and cultural improvement, acknowledging and accommodating reasonable differences. It doesn’t mean we won’t go it alone if we have to — particularly on issues of fundamental human rights like immigration, welfare, or police brutality — but we’d rather go it together for the sake of the country.

"Go it together" was the governing philosophy of the Democratic Party for a long time. Clinton’s “triangulation” strategy was built around it, emphasizing cooperation where possible and majority muscle where necessary. Obama carried this legacy forward, making important leftward strides in expanding health care coverage and regulating Wall Street while working alongside Republicans on issues like the repeal of “don’t ask, don’t tell” policy (which prevented gay members of the military from serving while “out”), mandatory-minimum sentences for drug offenses, and the passage of tax cuts and other economic stimulus after the financial crisis.

Over the last few years, widening partisan divides have begun to test that modus operandi. Trump in particular has shown no interest in cooperating to bring relief to immigrants or climate change. He often throws his weight behind highly contentious public figures as if for the sake of stoking division (Brett Kavanaugh and Roy Moore are two that come to my mind). In that environment, the idea of a virtuous common ground atrophies. One author recently observed, in what I take as a sign of the times, that “compromise is not valuable in its own right, and justice seldom dwells in the [political] middle.” Under Trump, as under the South African apartheid regime that that author writes of, this might well be true.

But in the most recent election cycle, I saw signs that it is still possible to go it together. Kansas — traditionally a Republican bastion — elected a Democratic woman governor in Laura Kelly to lead the state. Kansans also elected a Democrat to represent the state’s third district in Congress (sending one of the first two Native American women legislators to Capitol Hill).

Montanans, who voted overwhelmingly for Donald J. Trump in the presidential election, re-elected Democrat Jon Tester to the Senate, despite Trump’s stumping for Republican opponent Matt Rosendale. Tester supports a range of progressive economic and environmental causes including reviewing the Citizens United decision, which expanded corporate campaign finance, and funding clean-up efforts in the Great Lakes and coastal regions.

Marylanders re-elected Republican Larry Hogan to their state’s governorship. Hogan’s opposition to gerrymandering, bump stocks for semi-automatic weapons, and contamination of the Chesapeake Bay are strong starting points, even if they aren’t by themselves a full liberal platform.

I wouldn’t have been disappointed if the so-called “blue wave” had reached beyond just the House. If the results had been as decisive elsewhere as they were in Congress, I would have told a different story. As the facts stand however, many Americans seem unconvinced by the promise of progressive, multicultural liberal democracy. It is their right to express political skepticism as they see fit, just as it is ours.

It is in our best interest to sustain the ‘go it together’ spirit of the latter-day Democrats. It’s also the right thing to do in a country of fractious and fast-moving politics. If Baker or Hogan wants to help us diminish our carbon footprint and limit gun ownership, I say welcome aboard. If Kansans want a Democratic governor, I say the same.

That would bolster my hopes for a bipartisan, progressive future.