Bronwyn: The Best of the Wurst 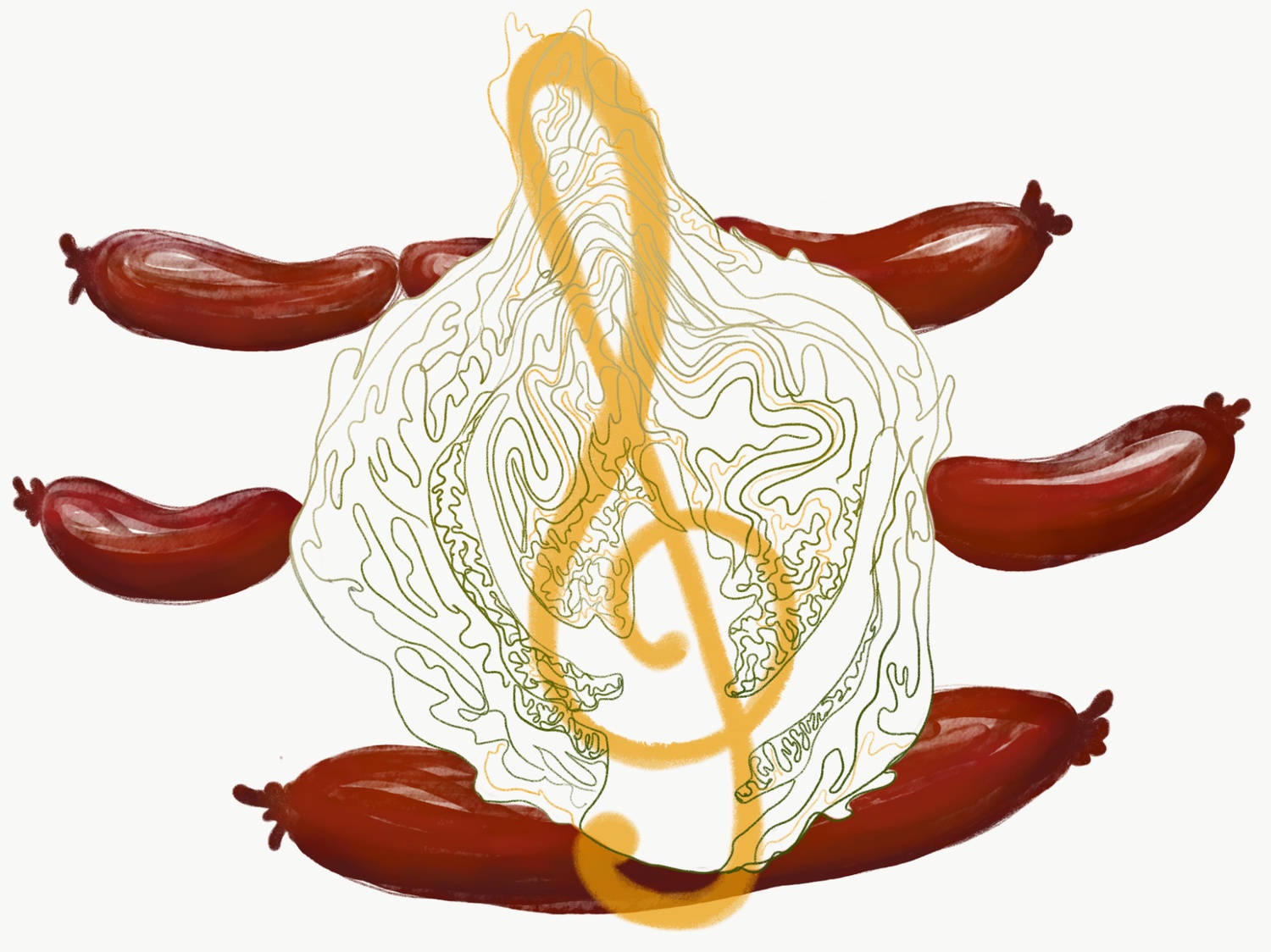 By Courtesy of Marlena Skrabak
By Jesse Barrera and Timothy Im, Contributing Writers

If you happen to be a fan of the tuba, you’ll love Bronwyn. The instrument features heavily in the house band at this trendy, German-themed gastropub, belching out a seemingly endless stream of what one can only assume were chart-toppers in 19th century Bavaria. From your seats in the teeming main dining room, you can’t make out the rest of the band, but judging from the trio of feathered fedoras bopping rhythmically, you conclude that it’s a three-piece: drums, piano, and tuba. Everyone in that dining room knows who the star is, though. Occasionally the drummer goes rogue, kicking off a new song with a funky, modern beat, and the room’s collective ear perks up, but along comes the tuba every time, restoring a festive order to the proceedings.

Bronwyn sits squarely in the corner of Union Square in Somerville, curtains drawn lest passersby see just how much fun is happening inside. It stands out amid a row of hip American eateries with windows big enough for you to catch a glimpse of the identical food they all serve. Union Square is, however, far from homogenous. A 20-minute walk from Harvard Yard into Somerville and one of the densest metropolitan areas in the country, Union Square is an eclectic mix of hipster pubs, Peruvian, Brazilian, and Portuguese restaurants, Korean supermarkets, and the behemoth, historic Barrister’s Hall. Beyond Bronwyn, standouts in the Square include Machu Picchu and Celeste, two upscale Peruvian restaurants, Sarma, which specializes in Mediterranean-inspired small plates, and of course, Union Square Donuts of Harvard study-break fame.

If you make the trek to Bronwyn, though, it’s best to know what to expect. You arrive at the restaurant where a server, clad in semi-traditional German garb, will greet you and usher you to a table. The house special is the Wurst Trio: three German sausages and the accompanying accoutrements of crispy potatoes, sauerkraut, curry ketchup, and spicy mustard. While you wait for your order, you’ll find it hard not to tap your feet along the beat of the drums. You’ll appreciate the collective roar of music and laughter that fills every corner of the crowded space. There are no tables for four here. Instead, everyone sits, German beer tavern-style, at elongated benches that send a not-so-subtle message that you’re supposed to become best friends with the people sitting near you. The energy of the room draws you to a dense crowd of friends who occupied the center of the room. Did they enter the restaurant as a group, or did the benches work their social-engineering magic? That seems to be the least of their concerns as their joyous cries rise and fall and the beer continues to flow. Every so often, a crescendo of cheers emerges from the table, but not because another plate of pretzels or 12-hour smoked bone-in turkey leg is emerging from the kitchen. It is, instead, in response to another lively turn of the tuba. Be aware, when the fedoras finish a cascade of hearty scales and stand to bow to the encouraging crowd, the space seems to be lifted from its foundations by the subsequent applause that will follow.

By the second or third round of applause, your food will have arrived, and first you’ll marvel at the sheer size of the dish. Three traditional German sausages, each a meal on its own, lie nestled a mound of potatoes and sauerkraut. First, bite into the bratwurst, which is the most gamey and meaty of the three. Next, dig into the sharp, acidic sauerkraut and rustic home-fried potatoes in between bites of delectably juicy and plump sausages. After you take a breather from the first sausage, you’ll want to move onto the currywurst, which offers a tender blend of pork meat and just the right amount of curry in the same crisp sausage casing. Here, the sausage stands on its own, spiced to perfection. Finally, as the mountain of food slowly dwindles down, gaze over at the last tasty morsel of meat: the kielbasa. The smoked sausage offers a milder take than the other sausages, so you’ll want to pair it with a healthy portion of mustard sauce in order to bring out the delicate flavors within its casing. While you mop up the remaining vestiges of the sauerkraut with the last of the chunks of potato, take another chance to appreciate the beautiful decor of the room and how perfectly the tastes, sounds, and sights of the cozy space have collided into each other.

Finally, step outside, and while taking in breathfuls of the crisp cold air and adjusting to the surprising silence outside of the restaurant, appreciate how the lingering slow notes of the tuba remain resonating through the night air. As you make your way back to campus, you spy Celeste on the corner, and start thinking about coming back for more.