How Hip-Hop Flourished in America 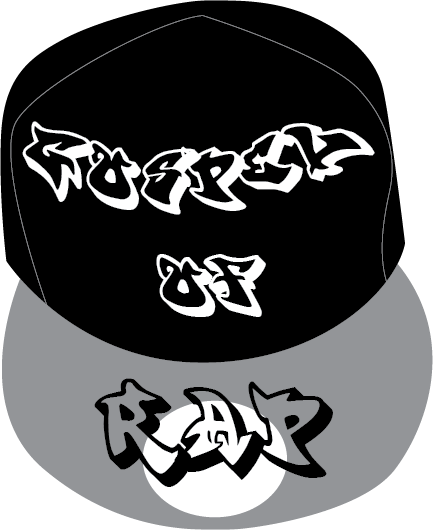 By Andrew I. Wyner, Contributing Writer

This may sound like a grand accomplishment, particularly for a genre of music and a culture that has been significantly oppressed. However, Questlove is skeptical of hip-hop’s mainstream success. His article addresses several of his main concerns with hip-hop’s prominence in society, primarily, his belief that hip-hop has become so popular that its omnipresence is actually a threat to its existence.

While many may argue that the rise of hip-hop is a major triumph, Questlove worries that by becoming so pervasive, the genre has, to a certain degree, become “invisible.” Instead of serving as “resistance to mainstream culture,” he believes hip-hop is now “part of the sullen dominant.” Questlove further laments that nowadays hip-hop is not as much a form of protest art; it has been marginalized, and its themes have been narrowed into ideas “mostly about [artists’] own victories and the victory of their genre.” Countless critics have made this same complaint—that hip-hop music is largely dedicated to lyrics about women, money, and fame.

Questlove’s criticisms are justifiable As someone who has had a prominent role in hip-hop music for decades, he has seen it go from rebellious and angsty to mainstream and at times bland. He has witnessed everything from Tupac, Rakim, and Biggie Smalls to Future, Rick Ross, and 2 Chainz and dealt with the frustration that accompanies such major changes and commercialization.

Though the popularization of hip-hop and its surrounding culture has, in some respects, commercialized the genre to the extent that many noted figures like Questlove worry for its future, its mainstream success after decades of struggle is ultimately an incredible feat with many positive outcomes. Hip-hop is here to stay, and because of its vast influence, it is very important to understand and acknowledge why its rise is beneficial rather than detrimental.

Primarily, the widespread acceptance of hip-hop and its culture is important because it represents mainstream America finally accepting the most prominent form of black music. This is no small feat. As discussed in my last column, artists like Michael Jackson had to fight for years to get their music videos played on MTV. However hip-hop has slowly chewed away at discrimination and oppression over the past few decades and afforded many black artists opportunities they would not otherwise have had. In recent years, hip-hop artists like Drake, Kanye West, and Jay-Z have dominated mainstream music culture, not only becoming some of the best selling-artists of our generation but also heavily influencing the music of many other mainstream musicians. Of course, mainstream music is certainly not color-blind, but widespread acceptance of hip-hop is undoubtedly a step in the right direction.

Hip-hop’s prominence not only reflects a more diversified mainstream; by embracing its role in popular music culture, hip-hop has also widened its own core messages and ideas. Criticisms about the content of current hip-hop music ignore the large collection of talented and thought-provoking artists. One would not have to go far beyond the lyrics of Kendrick Lamar’s “Good Kid, m.A.A.d City” or Kanye West’s “Yeezus” to hear the messages of protest declared absent in mainstream music. Furthermore, with its popularization leading to its inclusion of all sorts of artists, hip-hop promotes a whole new variety of social causes—those supporting gay marriage and fighting mass incarceration, for example. That’s not to say that gone from hip-hop are lyrics objectifying women or praising fame. But by virtue of a larger audience, hip-hop’s popularity has afforded the genre many new messages and themes.

Though Questlove’s concerns for the future direction of hip-hop are valid and understandable, hip-hop’s strong presence in mainstream music culture is ultimately beneficial. On the one hand, it reflects the genre’s widespread success and the newfound diversity of popular music. But on a deeper level, hip-hop’s need to please a greater crowd has opened the genre to an enormous collection of new sounds and messages. Ultimately, hip-hop’s omnipresence points to its culture’s bright future.