Raising the Bars in "Orange is the New Black" 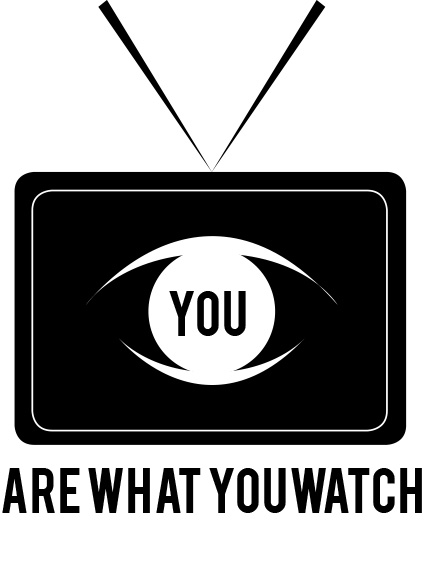 You Are What You Watch
By Hayley C. Cuccinello, Crimson Staff Writer

Holding her tray, wide-eyed Piper Chapman enters the prison lunchroom in her new orange jumpsuit, uncertain of where to sit. A nearby inmate tells her out of pity, “Go sit there, she’s a nice white lady,” and Piper, relieved, obeys. During this scene from the new Netflix dramedy series “Orange is the New Black,” one phrase comes to mind: one of these things is not like the other.

Taylor Schilling is amazingly genuine as the odd girl out at Litchfield Penitentiary, but her character is not exactly representative of the typical female convict. Piper Chapman, who riffs off a Pablo Neruda quote when trying to scare a juvenile offender, is not an average inmate for many reasons. (The poetic threat is, by the way, “I’m going to do to you what the spring does to cherry trees, but in a prison way.”)

“Orange is the New Black” is based on a true story, so the protagonist’s demographics are not merely artistic choices. The series loosely follows the story of Piper Kerman, a Smith College graduate and WASP who was sent to prison for money laundering and drug trafficking, crimes she committed when she was young and in love with a lesbian drug smuggler. The series is actually named after Kerman’s memoir, which describes her experience in prison.

Though “Orange is the New Black” follows the story of one incarcerated individual, its setting—an American prison—presents a sizable dilemma. How can a series strike a challenging balance between the story of a white, educated prisoner and reasonable representation of an American prison? The reality of racial, sexual, and economic diversity in prison could easily be eclipsed by the story of Piper Chapman, a self-described “nice blonde lady” with a loving fiance and an artisan soap business to run. This is not to say that the series should resemble a documentary, but for the sake of accuracy—and creating more opportunities for actors of color—“Orange is the New Black” has a lot to lose by focusing single-mindedly on Piper. The series has received critical praise for the diversity of its cast, but there are still other potential pitfalls as it heads into its second season.

Recently, the Aaron Sorkin series encountered a similar problem when “The Newsroom” depicted character Maggie Jordan—a wholesome, Midwestern girl with skin as white as milk—venturing to Africa and returning traumatized. As Willa Paskin wrote for Slate, “[W]e finally found out what happened in Africa, a huge, complicated continent that ‘The Newsroom’ portrayed as stereotypically as possible: a violent, tragic, traumatic place for blond girls just trying to do their best.” This critique illustrates the possible consequences of depicting the troubles of a plucky, sweet blonde woman without enough regard for context.

Series creator Jenji Kohan, most famous for creating the Showtime series “Weeds,” is no stranger to depicting white women in places they do not belong. “Weeds” followed the transformation of an unlikely candidate—the white, suburban mom Nancy Botwin—into a marijuana dealer. While the ethnic characters of “Weeds” received limited—or at least unflattering—screen time, the diverse characters of  “Orange is The New Black” have more complex roles. Piper may be a fish out of water, but she is a prisoner like the rest of the women at Litchfield. While Nancy Botwin was always somewhat distanced fro

m the more diverse characters of “Weeds,” Piper is on more equal footing with the other inmates. On her first day at Litchfield, she cries to her fiance that she has only talked to white people, but she soon learns to navigate the racial dynamics of Litchfield.

Kohan does not ignore race or treat the issue in a cautious, P.C. way, but instead unabashedly depicts the complexity of race relations at Litchfield. In the lighter moments of the series, the characters often employ equal-opportunity racism; no race is spared from humor. Some critics find Kohan's humor degrading rather than empowering, including Aura Bogado. In her article for the Nation, titled "White is the New White," she writes "If we’re addicted to Orange Is the New Black, then we’re strung out on the drug of spectacle—jonesing for hateful, racist images created by a white imagination for profit and fame." Though this artistic choice is less than sensitive, at times the humor allows the series to acknowledge race and racial stereotypes in a refreshing way.

Though “Orange is the New Black” unsurprisingly devotes most of its screen time to Piper and how she landed up in Litchfield, Kohan successfully weaves the tales of Litchfield’s diverse inmates with Piper’s. Each episode features flashbacks of the other inmates’ backstories. Refreshingly, none of them are stereotypical sob stories but instead are imbued with Kohan’s characteristic whimsy. Though Piper gets most of the limelight, the other characters are portrayed with admirable depth.

This stylistic consistency also applies to the characters’ language. Piper is not the only character to employ quirky or literary references. Sophia, a black, transgender inmate and hairdresser, quips to the polite Piper, “‘Please’ is for commissary hoes and Oliver Twist.” Though Piper is a fish out of water, this stylistic consistency reinforces that she is not so special compared to the other inmates. As she tells her mother, she is here because she committed a crime and is no different from the other women at Litchfield. It is questionable if Piper’s statement is entirely accurate; very few of the inmates will return to such a cozy existence after they do their time. But it is true that even though Piper is the series’ protagonist, she is not the only character given the privilege of depth and authenticity.