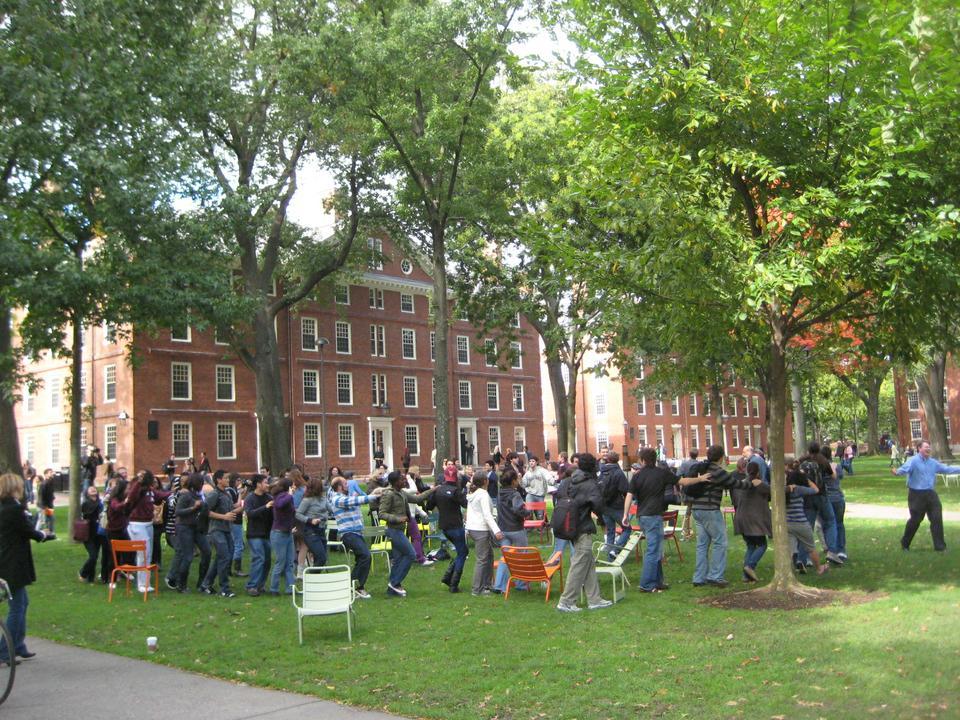 Musical chairs: not a game for the weak-hearted.

If you happened to be walking through the Yard around 1:00 p.m. today, you probably saw this bizarre (and unexpectedly awesome) scene: an eclectic group of  students, hipsters, and full-grown adults, dozens-strong, wrestling over President Faust's beloved chairs to the beat of Ray Charles and the Commodores.

In other words, your favorite childhood activity: running in circles—only with gratuitous dancing, blaring music, and running in no particular direction.

Whose idea was this? What inspired this goofiness? Learn more and see pictures after the jump.

Sums it up pretty well. Libonati said that organizers started with 59 chairs and pulled out up to 10 chairs after each song.

Tunes on the playlist included:

I Got You (I Feel Good) — James Brown

Lexis B. Ross '13, who helped organize the mischief, said that the event had been inspired by flash mobs and Improv Everywhere. She said her "group of instigators" looked to "create moments of joy through Harvard and Boston...and make awesome shit happen."

Ross said she wasn't sure when the next instigator mission would take place or what it would entail. But more is definitely to come, she said. FlyBy'll keep you posted.