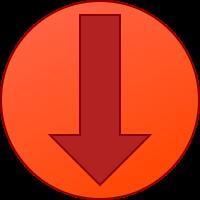 Down this week: Harvard

A major decline in the endowment. Budget cuts. Layoffs. Whiny students. Admittedly, these phrases don't look so nice next to Harvard's prestigious name.

Tough economic times have hurt Harvard's typically favorable public image, leading to a 20 percent decline in media representations of Harvard over the past nine months, according to The Global Language Monitor, a site that recently brought you the "Top Politically (in)Correct Words and Phrases of the Past Year" (number 1 was Swine Flu, FYI). We get that cutbacks don't exactly make Harvard look good, but how did they translate that into a number like 20 percent? Regardless, the site ranked Harvard as the university with the third best media image this year, a drop from the number one spot it held during the site's two previous incarnations of the rankings.

In place of Harvard, Global Language Monitor said that this year our Cambridge neighbor MIT had the best image in the media. Number two? University of Michigan-Ann Arbor. That one we really don't understand. (Maybe no press is good press?)

If is makes you feel better, Yale was ranked 11th.