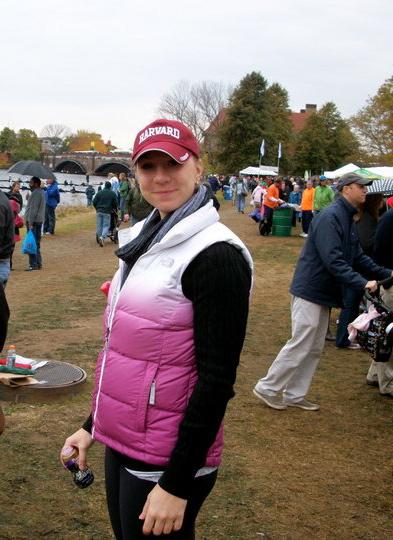 In this series, we probe the minds of people around campus by asking them the same set of questions about Harvard and Cambridge life. Want to suggest an interviewee? Leave a comment or e-mail us at flyby@thecrimson.com.

What time do you wake up in the morning?

Who is your favorite Harvard alum, real or fictional?

I would say so, yes.

Who is the smartest person you know?

What have you always wanted to tell tourists in the Yard?

Do not touch that toe.

What was your most recent CVS purchase?

Actually today I bought a mascara and a birthday card for my grandmother.

Where do you get your burritos?

Who is the most interesting person you’ve passed on the streets of Cambridge?

I don’t think I’ve actually passed anyone super interesting—I did see Anne Hathaway last year when she came to get the award.

Oh. Good question. I don’t really think I have one, to be honest.

When’s the last time you took the T?

Probably about two months ago when I took my sister to the airport.

Describe Harvard students in one word.