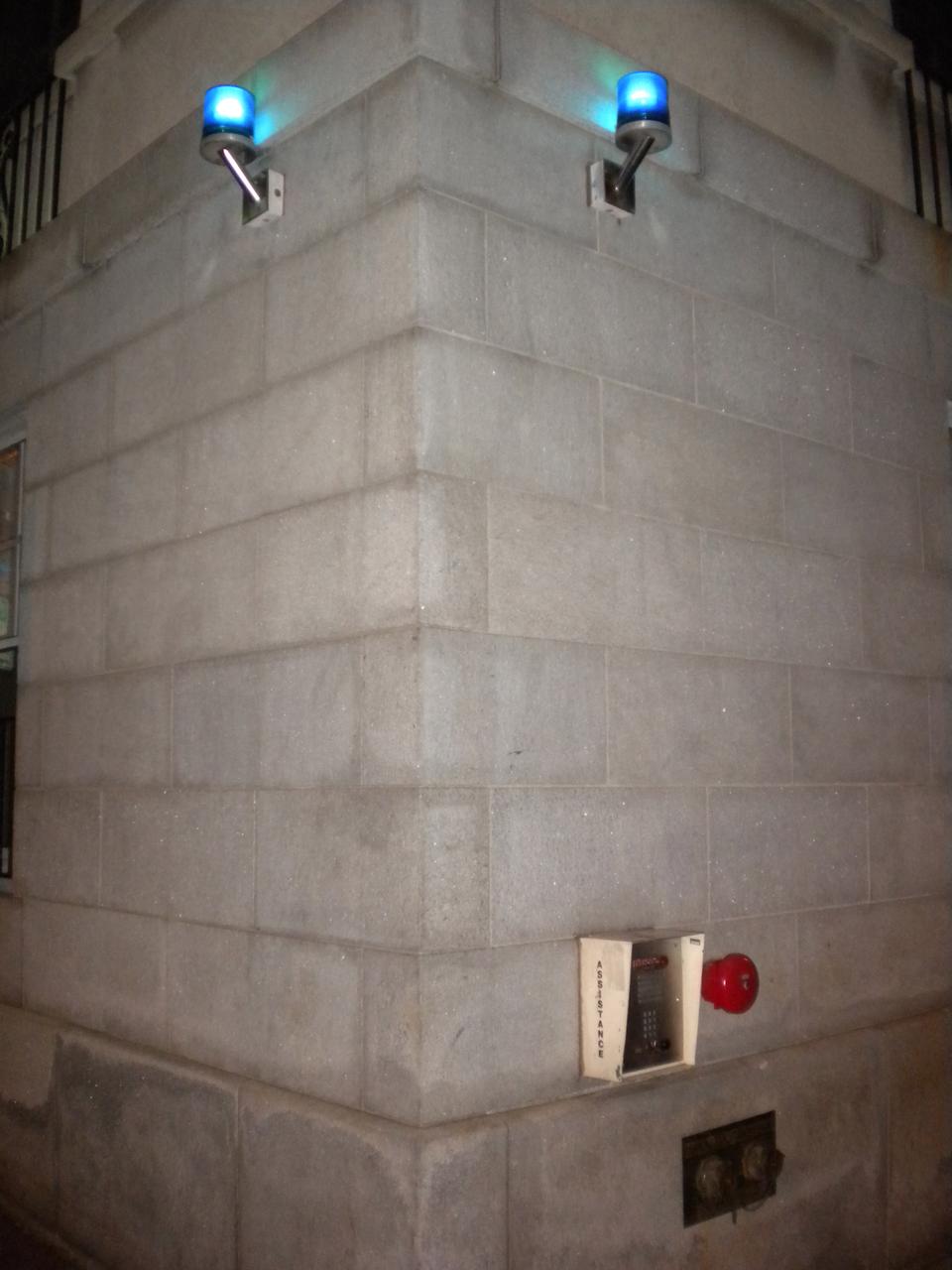 In light of the recent crimes that have taken place, three Flyby correspondents went on a late-night stroll to see just how safe HUPD’s designated pathways really feel. A ranking system was developed based on how safe and secure the correspondents felt in each of the key sites on the map. The sites are listed below, beginning with the site that appeared most safe and ending with the one that seemed least safe.

Of all the spots on the designated pathways, these intersections gave us the least cause for fear. The two intersections and the pathway between them were well-lit, and trafficked by both pedestrians and cars. There were no blue lights, but instead multiple shops and restaurants, which would provide a safe haven up until midnight when stores begin to close.

This intersection was well-lit with multiple bright street lamps and two proximal blue lights. The pathway is en route to the river houses and close to Adams, Quincy and Lowell; as a result it is well-trafficked and lively at most hours.

Upon entering The Yard at Johnston Gate, there is a bright street light and a blue light. After continuing into the yard, we could see blue lights on nearly every freshman dorm building, and also as far as Widener and Meyer Gate. Additionally, students being pursued can use their swipe card access to take refuge in freshman dorms. However, the bright Christmas lights illuminating the yard give a deceptive appearance of security that will disappear after the holiday season.

This intersection, which is about halfway between the Quad and Cambridge Common, has multiple street lights and an easily accessible blue light. The fairly heavy car traffic helps ensure that in the case of an attack, there would be numerous observers who could help.

Students pass through this intersection when leaving or entering the Quad. Although it has one blue light and a street light, its isolation gave it a lower ranking. Because the intersection faces fenced residential communities, there are no accessible buildings nearby to enter easily in case of an emergency.

Law School at the corner of Langdell and Jefferson Halls:

This site also gets a lower ranking due to its isolation; however, it is very well-lit with a bright street lamp and a blue light. Additionally, other blue lights are visible across the Law School quadrangle and there are multiple directions to run in case of an emergency.

Although this intersection, near North Hall, is along the main thoroughfare of Cambridge, its lack of a sidewalk due to current construction made it feel unsafe. If confronted by an attacker, a makeshift pathway created by a construction blockade on one side and a wire fence on the other offers only one direction for escape.  The intersection marks the end of the designated pathway on Massachusetts Avenue and features one final blue light.

This intersection felt the least safe; it was isolated and a crime here would probably not attract as much attention. The intersection had only one bright street light, no blue lights, and barely any traffic. Being primarily residential, the area offered no public buildings for refuge.