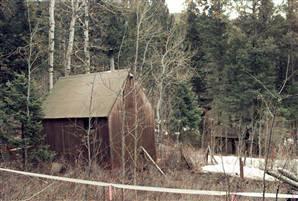 It seems like buying things owned by former Harvard students is in vogue. Yet, unlike the domain name that preceded Facebook, the newest item on the auction block attracted a bit more notoriety than just the attention of the Administrative Board.

The plot of land in Lincoln, Montana, that Theodore J. “Ted” Kaczynski ’62—more commonly known as the Unabomber—lived on during his nearly 20-year-long mail-bombing spree is now up for sale.  According to a Montana real estate website, you can “own a piece of infamous U.S. history” for $69,500—a substantial decline from the original price of $154,500.

A child prodigy, Kaczynski entered Harvard at the age of 16. Despite his success as a mathematician, he moved to the secluded location in 1971 and began plotting his attacks after becoming disillusioned with modern society and technology. From 1978 to 1995, he killed three people and injured 23 others. He was apprehended in 1996 and is currently serving a life sentence in federal prison.

The alias “Unabomber” developed after he targeted university scholars and an airline flight.

The property does not include the cabin which Kaczynski lived in while he resided on this land, since the cabin is currently on display at the Newseum in Washington, D.C. Potential buyers should also be aware that the 1.4-acre plot lacks electricity and running water.