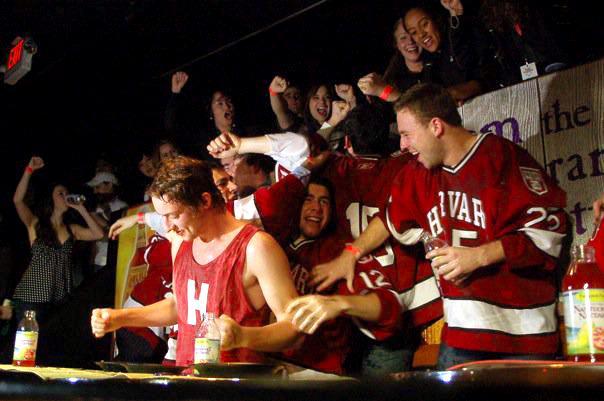 After winning the Harvard round of the competition earlier in the week, the fierce foursome beat out teams from Boston University, Boston College and Northeastern University with a winning time of 3 minutes and 15 seconds. Their prize? A trip to any place of their choice in the Caribbean or Mexico.

For more about the contest and the team that dominated it, look out for a For the Moment feature in this Thursday's issue of FM.