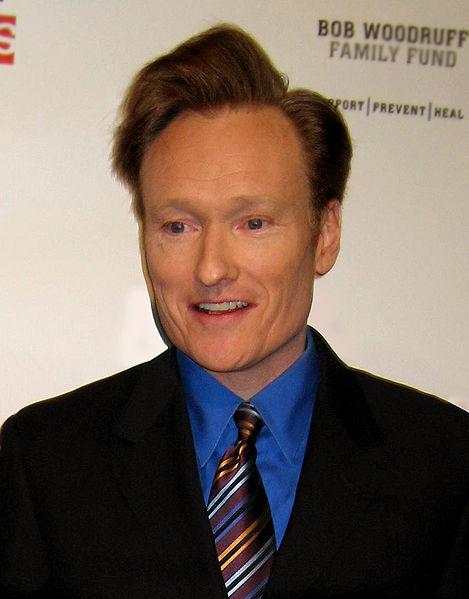 You tweet. We tweet. Now Conan O’Brien also tweets. “Today I connected all the freckles on my arm with a Sharpie," he wrote. "It spells out RIKSHAZ9LIRK. Clearly I am The Chosen One.”

The Hollywood Reporter revealed that within three hours of O'Brien’s inaugural tweet on Wednesday, his Twitter page had already attracted more than 100,000 fans. With new followers signing up every minute, his feed will probably hit the half-million mark soon.

Although O’Brien poked fun at the popular microblogging site on The Tonight Show as recently as last June, his bio blurb now reads, “I had a show. Then I had a different show. Now I have a Twitter account.” Posting a photo of himself with a monkey on his back, O’Brien stuck to his usual wacky—and sarcastic—style as he wrote his first tweet: "Today I interviewed a squirrel in my backyard and then threw to commercial. Somebody help me.”

Whatever help it was that he needed, a lot of fans have certainly answered his cry. And as far as we know, his Twitter "show" (which, as of this posting, has about 399,000 followers) seems here to stay.