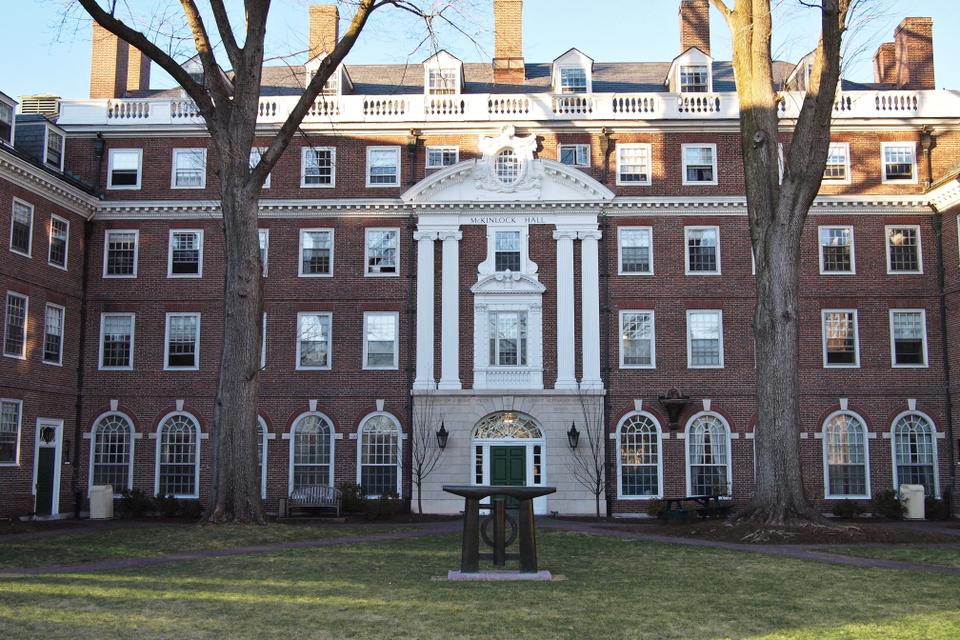 The House of the Hare can be described as “Good, thank you very much.” Leverett is a solid House with many benefits to be had, and freshmen should feel a small jolt of excitement and breathe a hefty sigh of relief at getting sorted into this above average House.

Dining Hall: The dining hall staff is wonderfully amicable. The food stations are intuitively arranged, the drink machines are outside the kitchen for easy access, and there is always a bounty of cereal. The dim lighting may keep our dining hall from sparkling, but it gets the job done and you’ll often finding yourself spending many comfortable hours lounging. The hall is sometimes packed during dinner, in large part because of the dining restrictions of Adams and Quincy, but you usually won’t have a problem finding seating for you and your posse.

Score: +50 for a great design, -10 for being sometimes packed

Common Spaces: Lacking. The Junior Common Room is a bit of a fail. You can go there to watch TV, but the environment is not exactly a cozy one, with awkward open spaces and not enough couches to go around during social events. The Old Library is more of a space for meetings than hanging out, and the Towers do have the “G-Spot,” which despite its sexy name is a fairly tame common space. Unlike Quincy or the Quad Houses, there are few game rooms or facilities for fun activities.

However, there is a conveniently placed library between the Leverett Towers and McKinlock—the main building of Leverett. It has comfortable seating and tables for your studying pleasure and is open at all hours. There is also a computer lab below the library that stocks both Macs and PCs.

If you need to GTL, there is a decent gym in A-entryway that you can buy a key to for a reasonable price. There are also laundry rooms in all three housing locations.

Rooms: Between good and baller. Leverett housing is divided into three locations: McKinlock (Old Lev), Leverett Towers, and 20 DeWolfe St. Sophomores will be happy to hear that they get to pick from all three of these options upon entry into Leverett. Leverett’s housing options are consistently good, but there are no signature suites like the Currier ten-man.

DeWolfe is a great choice for sophomores who don’t mind doubling up in a quad. Rooms boast a small kitchen, an operational thermostat, an in-suite bathroom, and carpeting. Some of the DeWolfe rooms even have balconies.

McKinlock is another great option for sophomores with a decent lottery pick. It’s the main building, meaning the dining hall is the closest and can be easily accessed via the basement. Some of the suites also have large common rooms and views of the River that residents will appreciate. There is the occasional sighting of a cockroach or some matter of small insect, but this usually ceases after the first few weeks.

The Leverett Towers are characterized by large windows, grey rooms, massive common rooms, and diverse housing options. Rooming configurations include partitioned doubles, which are larger rooms that have been split into two smaller bedrooms and utilize shared bathrooms, and a type of housing called the “U”—large portions of a floor that can House up to seven Leverites or be divided into smaller rooms. Some of the Leverett rooms offer breathtaking views of the River and the Boston skyline, but heating is sometimes an issue.

House spirit: Leverett House spirit is experienced in short bursts and small quantities. The active House Committee can be credited with being the source of the majority of the House spirit and throws a number of events, including the '80s dance and stein clubs, to foster House spirit. Community nights are sometimes themed and offer an opportunity to get in touch with the weak pulse produced by Leverett pride.

But the House list, “Leverett Open,” is as boring as its name. It is characterized not so much by conversations as by random requests and HoCo advertisements, and although the subscribers are extremely helpful, the list fails to convey a sense of community. You won’t find the overwhelming sense of House unity that exists in Houses like Mather or Currier, and interactions with your House are largely perfunctory.

The Master’s Open Houses are incredible. House Master and resident physicist Howard Georgi '68 has worked his magic to create a mystical concoction of sugar and dough dubbed “monkeybread” that is sure to send you into a divine ecstasy. The palatial Master’s residence is also a good place to hobnob with other Leverites as you subtly but furiously jockey for a position in front of the monkeybread platter.

The stein clubs are decent affairs, but underage drinking is officially prohibited and fairly carefully monitored.

Location: Solid. Leverett is in the interesting position of being close enough to Mather for the Mather Express to be an option but still being reasonably close to the Yard and all of its facilities. Lamont isn’t too far away, but given the choice between there and Leverett’s library (which some call “Levmont”) at 2 a.m., you’ll probably find yourself choosing the latter.

Leverett is far from CVS but has a convenient alternative available in Tommy’s Value Convenience Store, which has snacks and toiletries covered.

Quirks: Leverett is fairly vanilla as secret passages or hidden nuggets go. The tunnel network under McKinlock is pretty cool and has some hidden secrets, like a random foosball table. Overall, though, what you see is what you get.

Score: +20 for predictability, -50 for plainness

Committee Ranking: 9 out of 12. Two-digit numbers are such a thing of the past.