On Loving Mailer—the Book and the Man 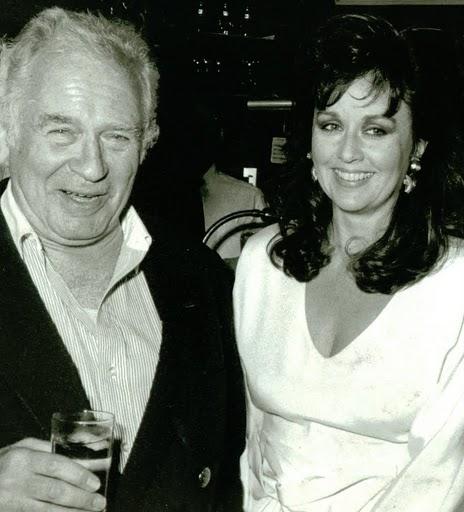 Norman K. Mailer '43 was overweight and slightly balding when he met Carole Mallory, the woman who would become his mistress for nine years. But, she tells us, he definitely had a mouth worth kissing. Need more details? Mallory's new memoir, Loving Mailer tells all.

During Mailer's last marriage, he began an affair with Mallory, an aspiring writer and former supermodel and actress. Mallory told us in a recent phone interview that Mailer was a magnificent lover when it came to the bedroom. “His lips were magic," she said.

Mallory’s memoir, due to be published this month, chronicles the relationship between Mailer and Mallory, moving from their deepest bedtime secrets to their mentor-muse literary bonds.

She then chronicles the sexcapade of the night, beginning with a steamy 30-block make-out session in the back of a New York City cab, followed by an orgasmic episode on a swiveling barstool, an equally-orgasmic scene on her apartment table, and finally sex in the bedroom, cowgirl-style.

But the prologue ends on a slightly different note. Despite the great sex, Mallory wasn’t looking to love someone like Beatty. She wanted something more.

“I longed for a relationship where we would stimulate each other intellectually. I longed for a love affair with a genius,” she writes.

In Loving Mailer, Mallory exposes all sides of the famous author, including the darker aspects. “He lived a life of a practicing alcoholic and was surrounded by enablers, people who wanted approval and would give him a drink or drag him to a party,” Mallory said.

After Mailer broke up with Mallory in 1991, she realized that she needed to write about their relationship.

"I wanted to offer my experiences with Norman, my knowledge of him beyond the literary personality, and my journey from a woman who had been focused on the externals of life to a woman who became focused on the interior realities and the life of the written word," Mallory wrote to us in an e-mail.

Mallory finished the memoir after Mailer’s death in 2007. What would he say if he could read it now? “If he were living he wouldn’t like it. Now that he’s deadI think he’d love it,” Mallory said with a laugh.