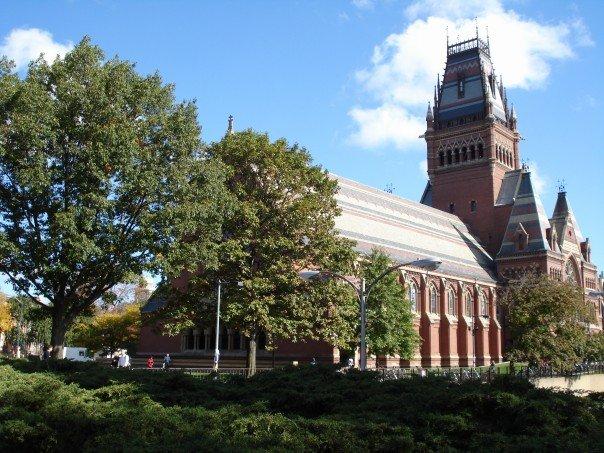 Visitas is the new, soon-to-be-official name for Harvard's "April Visiting Program," which has essentially started. Over the next few days, we'll bring you everything you wanted to know (and maybe what you didn't) about this storied weekend.

Approximately 1,000 high school seniors will descend upon Cambridge this weekend for April Visiting Program—Harvard's last chance to convince prospective students to attend the College. While we here at FlyBy realize that most students need very little convincing, it won't hurt to show indecisive prefrosh a good time. Here are some tips for ensuring that you and your prefrosh end up on the same side of the stadium at The Game next year.

1. Do show your prefrosh a good time.

While the Office of Admissions does a great job of educating prospective students about Harvard's stellar academic life, they rarely mention our A+ nightlife. Pick up where the Office of Admissions left off, and bring your prefrosh to one of this weekend's parties. After you and your prefrosh work up appetites partying, bring them to one of Cambridge's established late night restaurants such as Pinocchio's or Felipe's.

While you should expose your prefrosh to an accurate picture of life at Harvard, don't make them uncomfortable. As you may very well be providing your prefrosh's only glimpse into Harvard life, abide by the adage "everything in moderation."

"I met my host and we went to his room to drop off my bags," Scott J. Yim '13 recalls. "When I walked in, the first thing I noticed was a beer pong table. The room was so littered with empty bottles and crushed cans that you had to play hopscotch to get around. My host turned to me and said, 'put your stuff down—we're going to get you wasted.'"

Yim didn't like the environment his host provided for him, so he called a friend and asked if he could stay with the friend's host. Yim grabbed his bags out of his original host's room and moved in with his friend's host. He eventually had a great time at prefrosh weekend and chose to enroll at Harvard.

The moral of the story? Make sure your prefrosh are comfortable with whatever you have in store for them over the weekend.

3. Do pick up your prefrosh at Agassiz House.

Though it's easy to forget that not everyone knows their way around Cambridge, don't expect that your prefrosh will be able to find their way to your dorm.

"My host last year lived in Dunster and told me that he was unable to pick me up from Agassiz," Jesse J. Kaplan '13 recounts. "So I had to find my way from Agassiz to Dunster in the stifling hot weather without any sense of where I was. After about an hour of wandering around aimlessly and asking way too many people for directions, I stumbled upon Dunster House."

It's very easy to get lost around an unfamiliar campus. Pick your prefosh up at Agassiz House and walk them to your dorm. On the way, point out major landmarks—these may prove useful if your prefrosh decides to navigate solo for a bit later in the weekend.

1. Don't expect your host to hold your hand.

While your host is more than likely excited to have you (after all, he or she volunteered!), remember that he or she may have other stuff going on this weekend. As the end of the term is quickly approaching, your host will probably have more on his or her plate this weekend than showing you around.

Attend advising events, meet other prefrosh, and talk to current students. Don't be afraid to introduce yourself to random students around campus—everyone loves to talk to prefrosh! The best way to get a feel for campus is to explore it—don't think that if your host is busy, you have to sit around in his or her room reading College Confidential.

2. Do participate in a range of the weekend's activities.

With the number of activities planned for this weekend, it's easy to feel overwhelmed. Make a point of attending one of every "type" of event. In other words, instead of just attending lectures or social events, attend both. Ultimately, your decision to attend Harvard needs to be based on a holistic picture, not just your impression of a small segment of the Harvard community.

You should also set some time aside for exploring campus on your own or with friends. You can learn an incredible amount about the College just by sitting around dining halls, common rooms, and the Yard. Instead of limiting yourself to just the activities on the official schedule or just those off of it, try everything at least once.

You won't regret it.