Voting Made Easy with TurboVote 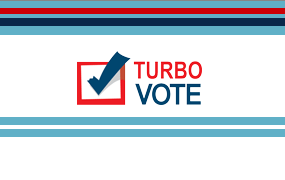 It's not entirely unusual to hear Harvard students complaining that they don't have enough free time. While most will find the time to fill out a voter registration form, doing so has been made significantly more convenient. A new service, TurboVote, developed by two Kennedy School alums, claims to make voting by mail "as easy as renting a DVD from Netflix," according to the website.

TurboVote aspires to make voting simple enough to be done from your dorm room or even from lecture. Fill out your name, address, date of birth, and ID number, and TurboVote will send a completed ballot request form and an addressed, postage-paid envelope ready to sign and send off. The best part? The service is free for Harvard students.

"It's a great idea for people who consider voting a matter of convenience rather than passion," said Amanda E. McGowan '13, chair of the National Campaign at the Institute of Politics.

The initiative has proven successful at getting Harvard students involved in politics. According to McGowan, almost 500 members of the class of 2015 registered using TurboVote on this year's study card day.

"It's an exciting, easy way of getting young people involved in politics," McGowan said, "in fact, it might almost be easier than Netflix."