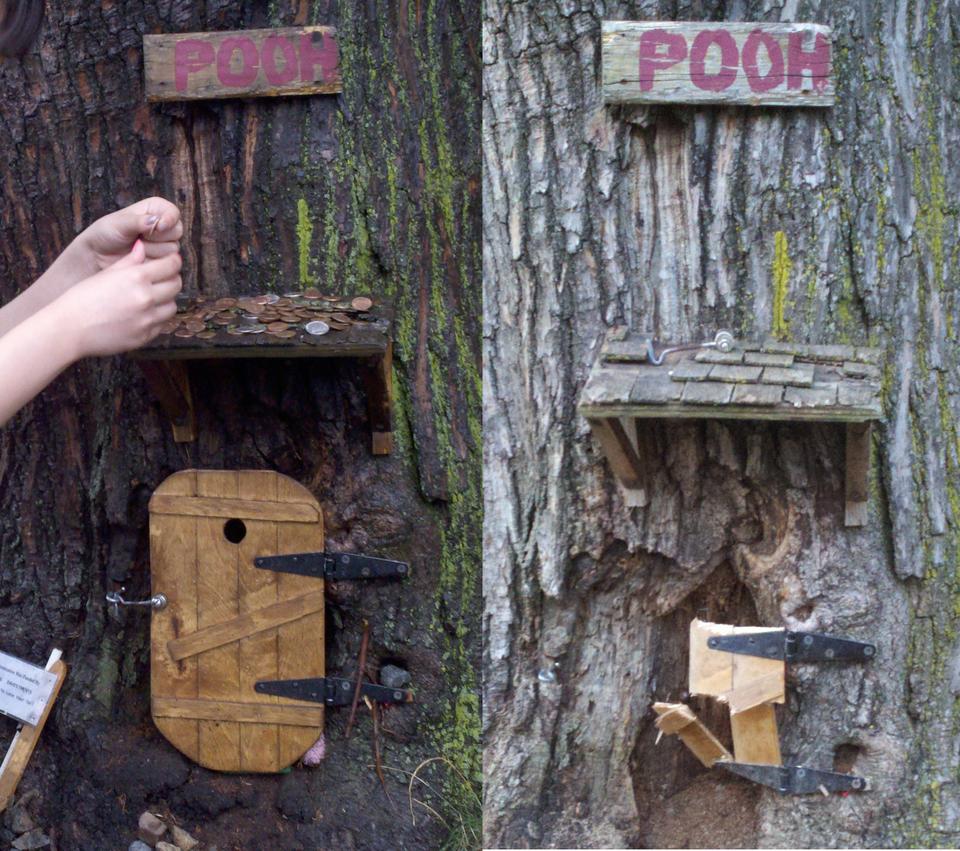 The Winnie the Pooh Door, located next to the science center, before and after being destroyed.

Shock and horror quickly spread through the College this weekend, when an attack of senseless vandalism left the Science Center's much-beloved Winnie-the-Pooh tree in shambles. The tree—which, in happier times, bore a crimson sign, inscribed "Pooh" and a hinged wooden door—remains intact. Meanwhile, Pooh's lone entryway has been badly damaged.

"Who would do that?" asked an Economics concentrator, who, no doubt fearing retaliation from the forces of evil responsible for the crime, wished to remain anonymous. "He's a staple in our school, and we all look forward to seeing him. We're always stressed out, but he cheers us up."

HUPD has confirmed, via email, that no formal reports of the offense have been filed. So, for now, the perpetrator remains at large and the mystery of his identity, unsolved.

Notes of condolence can be sent to the 100 Acre Wood, c/o Christopher Robin.