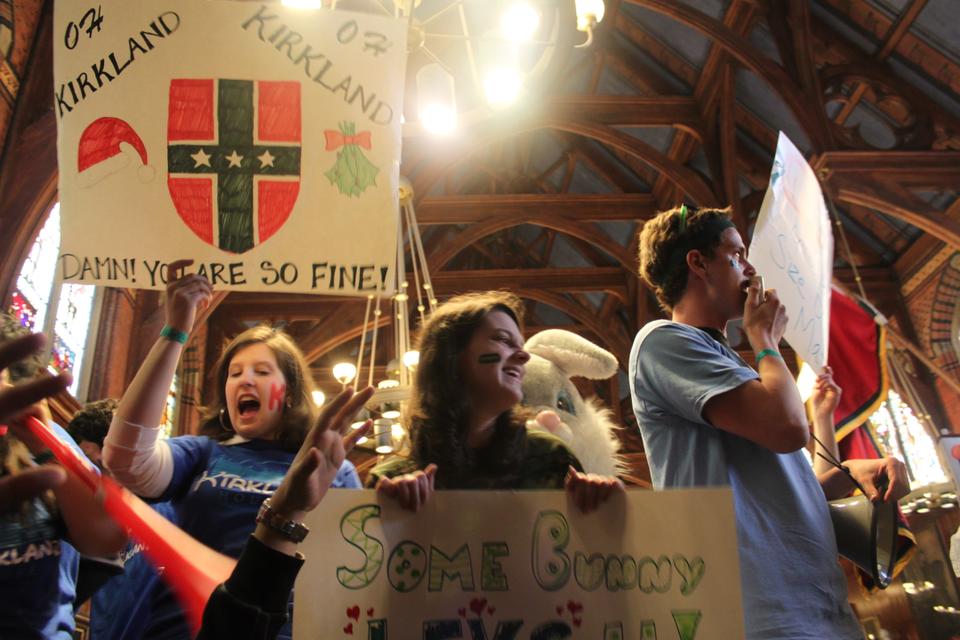 With housing day less than a month away, two more Houses are using the internet as a means to demonstrate their feelings of superiority over their eleven counterparts. Several days ago, we saw Hollywood-inspired videos from Dunster and Quincy. Now, Leverett has released a video, Pforzheimer has created a blog, and Quincy followed up its "Quinception" teaser with the full-length video.

Leverett continues the Hollywood theme in "I Just Got Lev," which blends a dramatic scene from "The Shawshank Redemption" with the humorous Lonely Island and Akon song "I Just had Sex." Confusing combination? Maybe, but "it felt so good." Let's just hope the future Leverites are practicing safe blocking.

Pforzheimer has upped the ante with a new tumblr titled "Pfhousing Day 2011." The site features a video tribute to Pfoho’s two-level dining hall, based on the YouTube video "Double Rainbow," as well as pictorial jokes about other Houses. Given Pfoho's penchant pfor word play, the tumblr should be able to keep the laughs coming.

For those intrigued by Quincy’s mysterious teaser, the wait is over: "Quinception" has arrived. The video mirrors the real "Inception" trailer and includes vuvuzelas, penguins, and all the drama of housing day.

Should freshmen get Lev or wait for "the one"? Can I haz Pfoho? And if houses are assigned at random, does any of it really matter? All we can know for certain is that Houses will keep finding new ways of asserting their superiority throughout the coming weeks.

Tags
House LifeLeverettQuincyPforzheimerHarvard on the Web