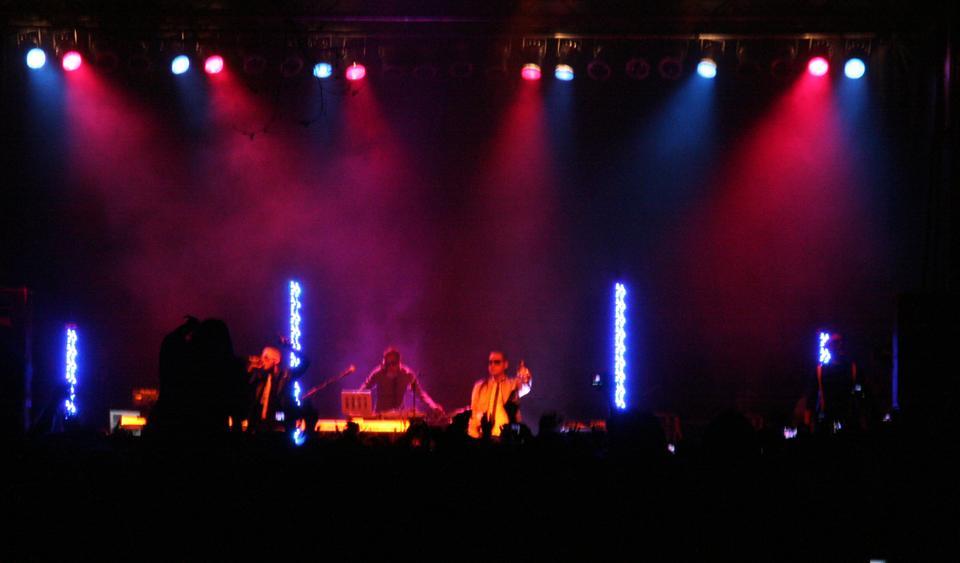 Far East Movement finally makes its apparition and performs some of its most famous songs, including "Like a G6," which made the college vibrate! By Leila L. Pirbay

Last Sunday, Far East Movement headlined the sixth annual Yardfest performance, drawing a record audience of students and prefrosh. After the show, the four members of the group stayed for a meet and greet before visiting the Harvard party scene.

Far East Movement posted on their twitter, "thank you harvard. yardfest was bananas. where's the parties they had in the social network?"

They were later spotted at the Owl, talking to students and playing beer pong.

"There were a lot of people there. It was really fun," said Neimy Escobar, a prefrosh. "They were just chilling. It wasn't like they were put on a pedestal. They were very nice to everybody."

According to Escobar, all four members of Far East Movement were at the Owl.

"I talked to the one in the blue, the one who fell while crowd surfing, for a good 15 minutes with two other prefrosh," Escobar said. "He was trying to convince us to go to Harvard. He said where else do you get to party with the Far East Movement."