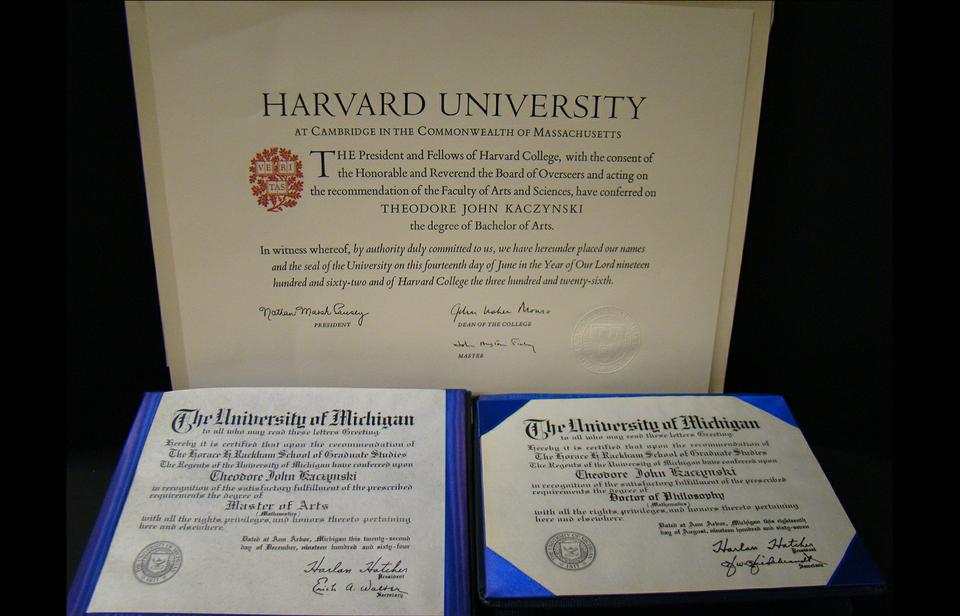 Several months ago, the Unabomber's secluded plot of land went up for sale. Now, the U.S. Marshals are selling the personal effects of Theodore J. Kaczynski '62 in an online auction.

Approximately 60 lots of items include copies of the Unabomber's manifesto, shoes and even his degrees from Harvard and the University of Michigan. Despite the triviality of some of the items many have reached high prices, such as the Unabomber's trademark hoodie and sunglasses which are going for over $18,000. Proceeds from the auction will benefit the victims of Kaczynski’s bombing spree that took place between 1978 and 1995.