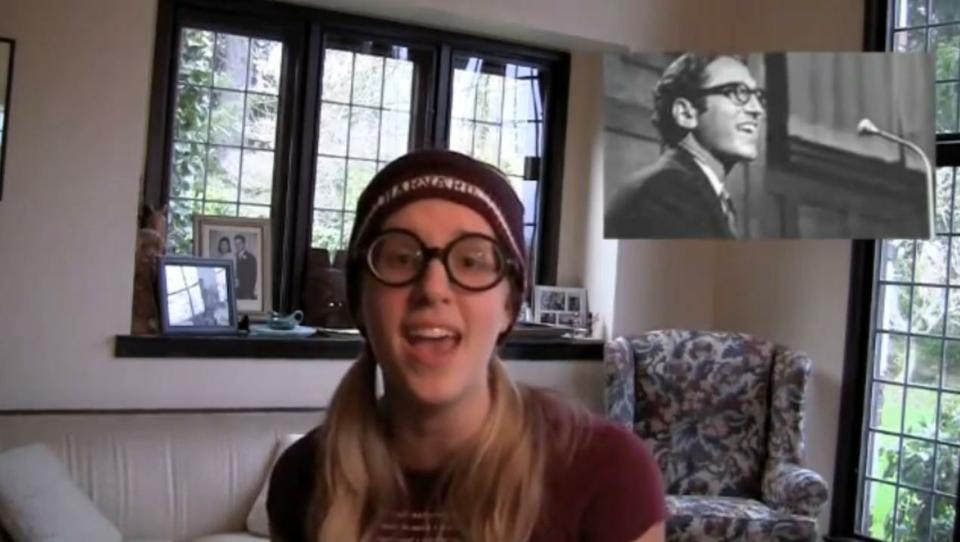 In April, we were graced by the songwriting and vocal talents of Grace E. Oberhofer, a senior from Tacoma, Wash. who was waitlisted at Harvard and wrote a song asking admissions officers to let her in.

"Dear Harvard," a YouTube video of her singing and playing the piano, received more than 50,000 views in two months. But on the night of her graduation, Oberhofer heard from Harvard that she had been denied admission. In the description box of her video, she posted an update, announcing that she would be attending Tufts in the fall.

"I'm really looking forward to it," Oberhofer said yesterday in her distinctively cheery voice when she returned our call. (She's been away at a performing arts intensive with limited phone access, she explained.) "[Harvard] is just a T stop away."

Oberhofer said she never expected her video to get as much attention as it did.

"I think I entertained a lot of people," she said. "What's life if you can't have a good laugh?"

During her two-month wait, Oberhofer was contacted by members of the YouTube and Harvard communities in response to her audaciousness and creativity. Another waitlisted senior Rishikesh Ramnarayan Tirumala posted a video response of his original song "Complementary in Kinetic Typography (RRT + MIT)" to convince MIT to let him off their waitlist for the class of 2014—and, according to the video's description, succeeded.

Oberhofer also said that the production team of Harvard's annual Freshman Musical reserved one ticket for her for every night of their show in late April, as a thank-you for the shout out she gave them in her song lyrics. But Oberhofer, who lives 2,500 miles away, said she couldn't make it to see their show.

"I'm a really big fan of that [Harvard] community," Oberhofer said in response to their gesture.

It seemed like Oberhofer's waitlist video saga was coming to an end, but we did have one last question to ask: what's with the glasses? We thought they were a tribute to Harry Potter, but others believed the tribute was directed at Thomas A. Lehrer '47, a pianist, satirist, and graduate of the College.

Oberhofer explained that it was actually neither—she had purchased the glasses while on a trip to China, and she even wears them to school on occasion. She said she wore them in the video for that "geeky look."

Geek on, Grace, geek on.

This post has been revised to reflect the following the corrections:

An earlier version of the July 4 Flyby post "Waitlisted Senior Who Sang to Harvard Denied Admission, To Attend Tufts," misstated that Rishikesh Ramnarayan Tirumala's video was inspired Grace Oberhofer's. In fact, the video that Tirumala posted as a response to Oberhofer's was made in 2010 for admission into the MIT class of 2014.

Tags
AdmissionsHarvard on the Web