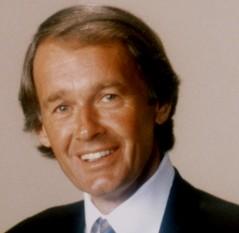 The proverbial first hat has been thrown into the ring, and it doesn't belong to Ben Affleck.

U.S. Representative Ed Markey, the Democrat who leads the Massachusetts congressional delegation, will seek the Senate seat expected to be vacated by Secretary of State nominee John F. Kerry, the Boston Globe reported on Thursday morning.

In last month's election, Markey was reelected to represent the newly drawn 5th Congressional District, which was reshaped to include parts of Cambridge, including Harvard's campus, in the recent statewide redistricting process. During his 36 years in Congress, Markey has chaired committees on environmental policy and global warming.

The first major Democrat to enter the special election triggered by Kerry's nomination, Markey is now poised to face other Democratic challengers in a primary set to occur in late March. Other potential contenders for the Democratic bid include Representative Stephen F. Lynch, who was reelected in November to fill the 8th District seat, and Michael E. Capuano, who was reelected to serve the 7th District, which also includes parts of Cambridge.

The Democratic nominee for the vacant Senate seat is expected to face outgoing Republican Senator Scott Brown in a mid-June special election, though Brown has not yet formally entered the race. In the interim, Governor Deval L. Patrick '78 will appoint a temporary senator.