The 81 Percent: Why They Chose Harvard 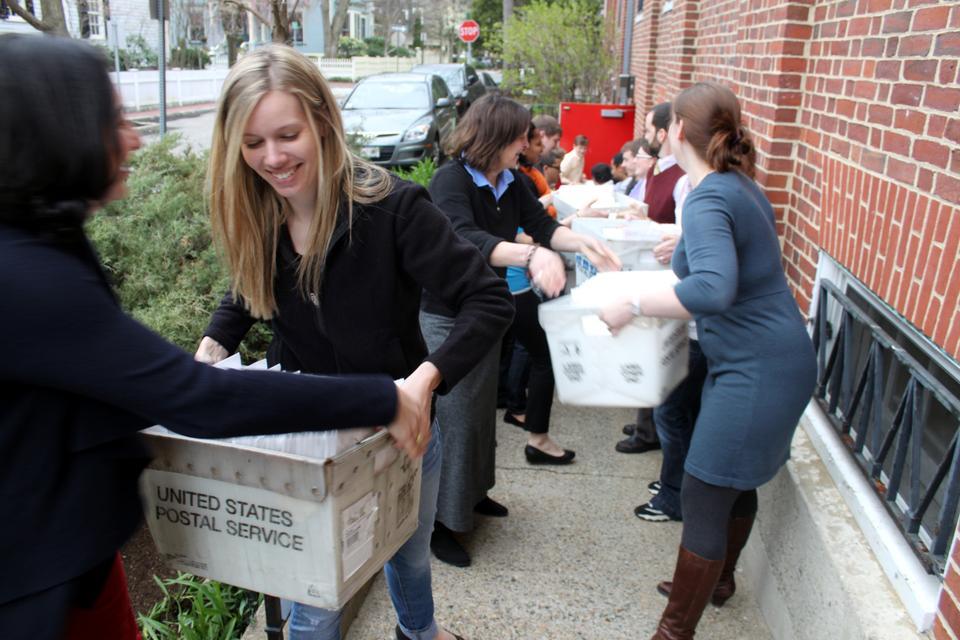 Admissions Office staff members form an assembly line to load the letters onto the mail truck, starting with the acceptance letters and following with the rest of the letters.

This year's high yield rate of 81 percent for Harvard admits—up four percent from last year—only proves that playing "hard to get" can work.

While many administrators attribute the increase in yield to the return of Early Action decisions and the current economic climate, Flyby has its own theories as to why more admitted students actually want to come to Harvard:

1. Jeremy Lin's basketball career has reminded students that you can go to Harvard and be good at sports.

2. Eager Lady Gaga fans are attending Harvard in hopes of getting closer to the celeb after her visit to campus: After all, it's easier to get into Harvard than to get a ticket to a Lady Gaga concert.

3. Romney accused Obama of spending too much time at Harvard, implying that the worst Harvard can do is make you president of the United States of America.

5. This year's prefrosh did not have to witness YardFest.

6. The mild winter created the illusion that Cambridge is actually inhabitable from November through May.

An earlier version of this blog post implied in its headline that Harvard's yield this year was 84 percent. In fact, it was 81 percent.