The Aftermath of the Pooh's Eviction 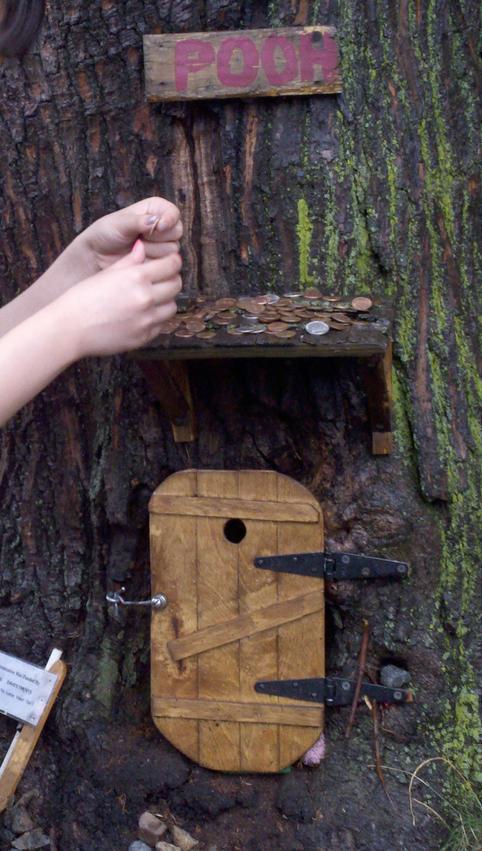 The Hundred Acre Wood just got a little smaller. Last week, the Harvard community was rocked when the tree known simply as "Pooh's House" was chopped down just outside the Science Center, leaving nothing but a stump. The tree first gained notoriety after its base was decorated with a red door, along with a miniature awning and sign bearing the name of the famous cartoon bear.

It is widely speculated that Piglet was heard in the distance faintly yelping "Oh, d-d-d-dear!"

Over the years, the tree had become a fixture of campus culture, and Pooh-mania predates the tree. A 1946 Crimson article even refers to the creation of a "Pooh Club," a name which I'm sure sounded more tasteful written down on paper than spoken out loud.

Over the past decade, the tree served as a source of joy through two dark times—the removal of hot breakfast from all upperclass Houses and the Occupy Harvard movement. Of course, as we know, one was an extremely unpopular act during its time which seemingly served no purpose for students, sparking widespread annoyance and frustration on campus. The other was the removal of hot breakfast.

Though viewed for perhaps just a few seconds each day, the tree always seemed to lift the spirits of people walking by. For students, it was a reminder of the joy and excitement of childhood. For children, it was much more than that. It was the wonder of a fairy tale come to life, something which most kids can only dream of. Now that wonder has been torn away from them. I can hear the disappointment in their voices as they ask, "Daddy, where'd Pooh's house go? Daddy, why did they take Pooh away from us?"