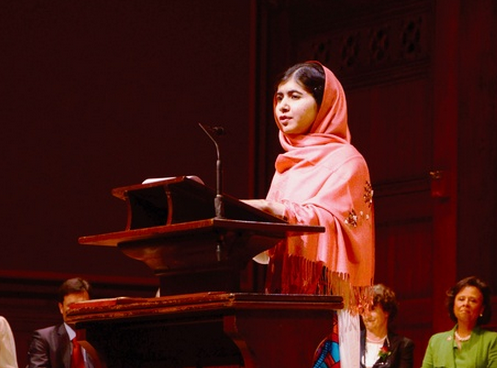 While most of us enjoyed extra hours of sleep, food, and revelry on Monday, in the fifteenth century the native Taino people of Hispaniola did not enjoy being enslaved, forcibly converted to Christianity, and wiped out by disease. Yes, brave New World explorer or not, Christopher Columbus was kind of a jerk. In recognition of this fact, several Harvard student groups have lobbied against Harvard’s continuing observance of Columbus Day and advocated for its replacement by the more politically correct “Indigenous Peoples Day.”But what if we do want to celebrate a specific hero of history on our day off? To whom should we turn? Unfortunately, many historical figures venerated by fourth grade social studies books still managed to be blockheads in their own way. Martin Luther King was probably an adulterer, Thomas Jefferson almost certainly had a kid with one of his slaves, and before he started his own line of tee shirts, Che Guevara is said to have beaten people with baseball bats.

Given that nobody is perfect, here are some different historical people that it might be worth celebrating instead of Columbus (until someone finds an awful fact about one of them and disqualifies them, too).

This ruler of the Mauryan Empire (which stretched across most of the Indian subcontinent) in the second century BCE turned away from bloodthirsty conquest after the siege of Kalinga, in which over 100,000 people were killed. After realizing the awful effects on the friends and family of the deceased, Ashoka was overcome with regret and sadness, subsequently converting to Buddhism and spreading a doctrine of nonviolence throughout the empire. Duly noted: this conversion came conveniently after he had already amassed a gigantic empire, but we’ll let that slide for the sake of “better late than never.”

Whoever invented the Internet

The ability to instantaneously access email, Wikipedia, and videos of kittens has enhanced the lives of billions of people worldwide. While we could simply create this holiday to honor our illustrious alumnus Al Gore '69, he already has a Nobel Peace Prize and would probably be in favor of spreading the wealth around by sharing this honor with his collaborators at UCLA and DARPA.

Why does this guy not have his own holiday? Fun fact: before we started calling the third Monday in February “Presidents’ Day,” both George Washington’s and Abraham Lincoln’s February birthdays were considered separate holidays. Yes, yes, there are good presidents besides these two, but the homogenizing name “Presidents’ Day” seems to make them all equal, and some are more equal than others. Are we really expected to celebrate Richard Nixon and Jimmy Carter alongside the man who freed the slaves, gave the Gettysburg Address, and managed to be a vampire hunter at the same time?

By the time they reach age 16, most teenagers can tout a list of accomplishments that includes an album of “artsy” nature pictures on iPhoto, a date to homecoming, and their baking-soda-and-vinegar volcano in the sixth grade. By age 12, Malala Yousafzai had started blogging for the BBC about her life in the Swat Valley of Pakistan, where Taliban extremists had taken over and banned girls' education. She soon became an outspoken activist for female education, a courageous stand which led to an assassination attempt by the Taliban in which she received a bullet wound to the head while riding on a school bus. But this 16-year-old is unstoppable, and having survived the attack she remains as vocal and insistent an advocate for human rights as ever.

Alas, we continue to celebrate a man with a pointy hat and mixed legacy of continental conquest...