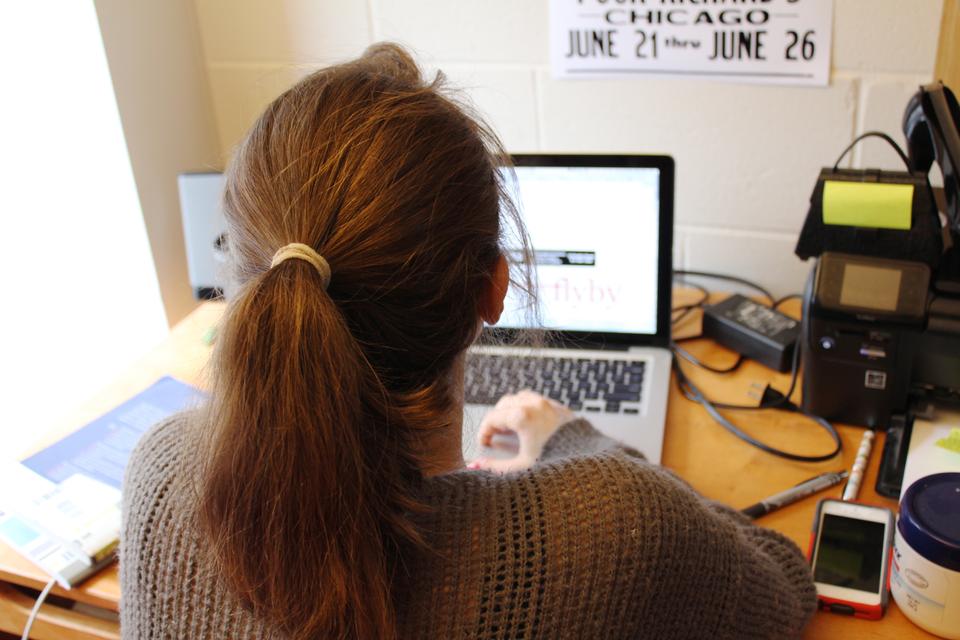 In this series, Flyby Staff Writer Olivia M. Munk identifies, dissects, and discusses ideas, articles, and opinions found in popular media and popular culture. She's here to inform you and to make you think—about what's out there, what it means to us, and what it might mean for you.

Liberal arts colleges may be known for being accepting environments, but that doesn't mean they are places of uniform thought and opinion—not everyone holds the same views. Recently, over a dozen student protesters interrupted a performance for prospective students at Dartmouth College to decry instances of homophobia, sexual assault, and racism on campus, chanting "Dartmouth has a problem!" Following the protest, hateful comments and threats of physical violence pertaining to the protesters were posted on anonymous message board site Bored at Baker (and were promptly taken down). This past Wednesday, the college's administration cancelled classes to promote an open dialogue addressing the incidents.

WHY IT CAUGHT OUR ATTENTION

This isn't the first time this school year that a college has cancelled classes in hopes of fostering honest discussion about incidents of what some see as on-campus discrimination and prejudice. In March, Oberlin suspended classes after a string of unsettling occurrences culminated in a sighting of someone attired in what resembled Ku Klux Klan apparel. With student bodies as diverse as the ones at Oberlin and Dartmouth, conflicting views and feelings are bound to arise in the face of incidents such as sexual assault and racism.

Harvard has recently had its own share of conflict. In December, a flyer that appeared to be a parody of final clubs was distributed around the College. Much to the dismay of many students and administrators, the flyer included such inflammatory statements as "Jews need not apply" and "Coloreds OK."

In the wake of this event, Pforzheimer House Masters Nicholas A. Christakis and Erika L. Christakis '86 responded with a piece in Time Magazine in which they urged Harvard to reconsider its response to the incident, noting that perhaps the creators of the flyers were attempting to make a statement about final club culture at Harvard through their shocking statements.

"The protection of free speech is meaningless," they wrote, "if what we really mean is 'free speech we find appropriate.'"

Campuses such as Harvard, Oberlin, and Dartmouth are not the first places that come to mind when one thinks of intolerant environments. However, the events of the past year, years before—and most likely, years to come—cannot be ignored. Do college campuses today still foster environments in which intolerance, hatred, and discrimination are possible? Or are the strong responses to these events enough to indicate that we are on the path to eradicating these incidents as completely as will ever be possible? Further, is it possible that the responses thus far have been too strong, perhaps limiting free speech on campus to a troubling degree?

It's always disheartening to hear of instances of racial discrimination, sexual assault, homophobia, and generalized hatred. However, since these events do happen, how a college and its students address the problems becomes a crucial first step in the prevention of additional incidents. Sweeping tragic and shocking events under a rug, even if they are dealt with efficiently but quietly, rarely helps to prevent them from occurring in the future. As we have seen through the examples of Harvard, Oberlin, and now Dartmouth, it helps the process along when students, alumni, faculty, and administrators maintain a constant and healthy dialogue, among themselves and with the world at large.

This ongoing conversation seems to be alive and well at Harvard. If we take the example of discourse on sexual assault on our campus, it is clear that there are a number of active conversations going on all around us. Groups such as the Office of Sexual Assault Prevention and Response (OSAPR) are attempting to foster productive dialogue about sexual assault through events such as Take Back the Night. When many students, both male and female, expressed anger over the fact that Tyga, this year's Yardfest artist, uses misogynistic lyrics in his raps, my inbox filled with emails from OSAPR, inviting me to come "talk about Tyga." All Harvard freshmen participate in mandatory Community Conversations to open debates about race, religion, sexual assault, and sexual identity, and further conversations such as those run through Sustained Dialogue allow students to continue addressing these issues. The Harvard College Women's Center hosts bi-monthly meetings called "G-Chat," where students can discuss gender and sexuality over study break snacks.

When a very diverse group of people lives and works together, it is inevitable that there will be strong, differing opinions. It seems the best a college can do is to stress tolerance, acceptance, and dialogue. We are told that it's okay if you don't believe what someone else does—in fact, it's often better. All college students certainly have a right to make their opinions heard. The trouble comes when opinions turn into assault, hatred, and discrimination—then, as these campus-wide events demonstrate, it's time to do something about it. We can't expect all bad events to stop happening—but sparking honest debates and talks are most certainly a step in the right direction.

With all that Harvard organizations—and organizations at colleges across America—do to foster discussions, is there more to be done? Probably. College campuses are unique ecosystems where people from all walks of life come together for four years. That differences in opinion abound does not have to mean that hatred does, too.