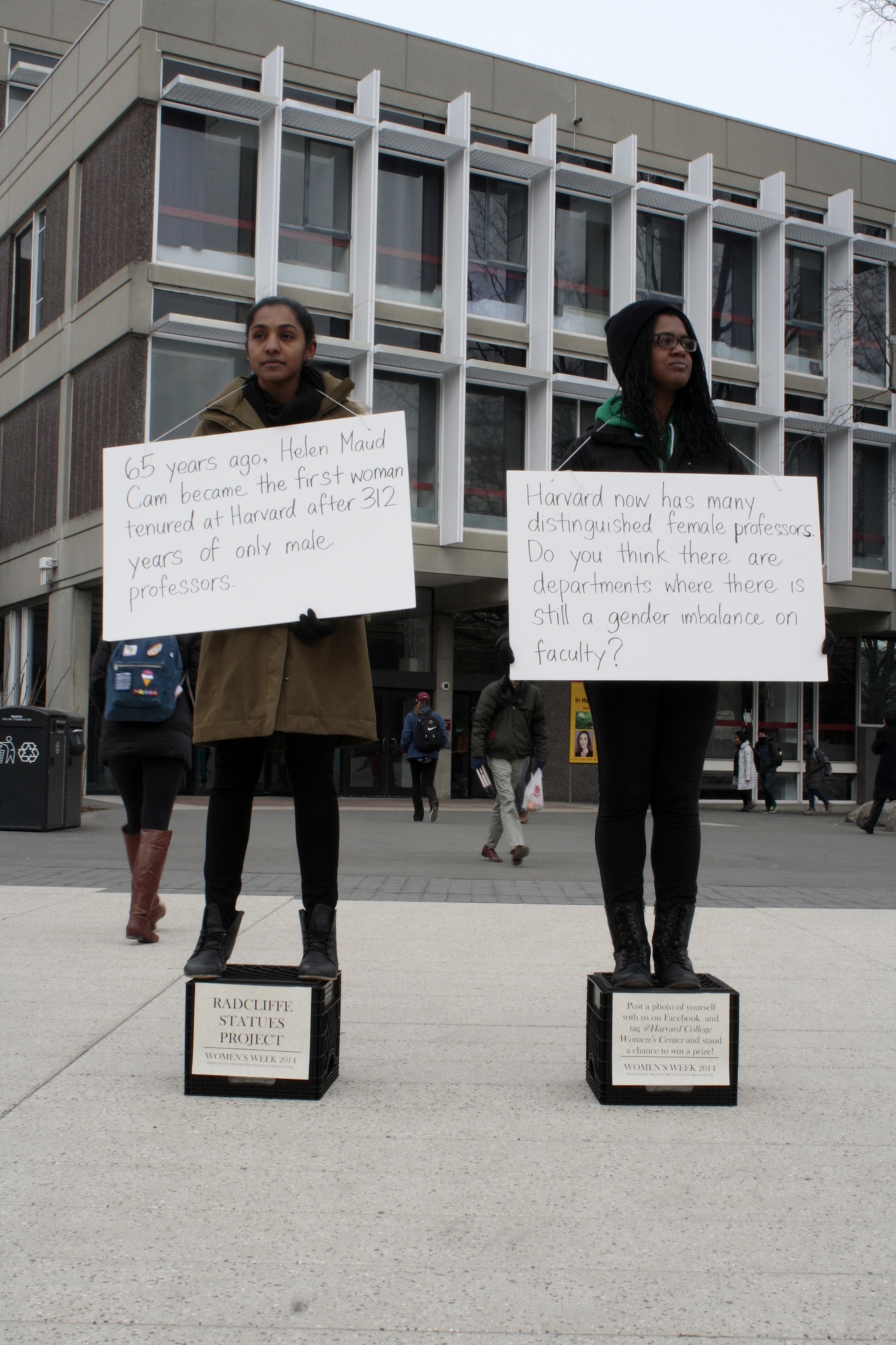 Ceylon Auguste-Nelson '16 and Mariah T. Browne '15 pose as statues in front of the Science Center on Tuesday afternoon. As part of Women's Week 2014, the goal was to promote discussion about the role of gender at Harvard. 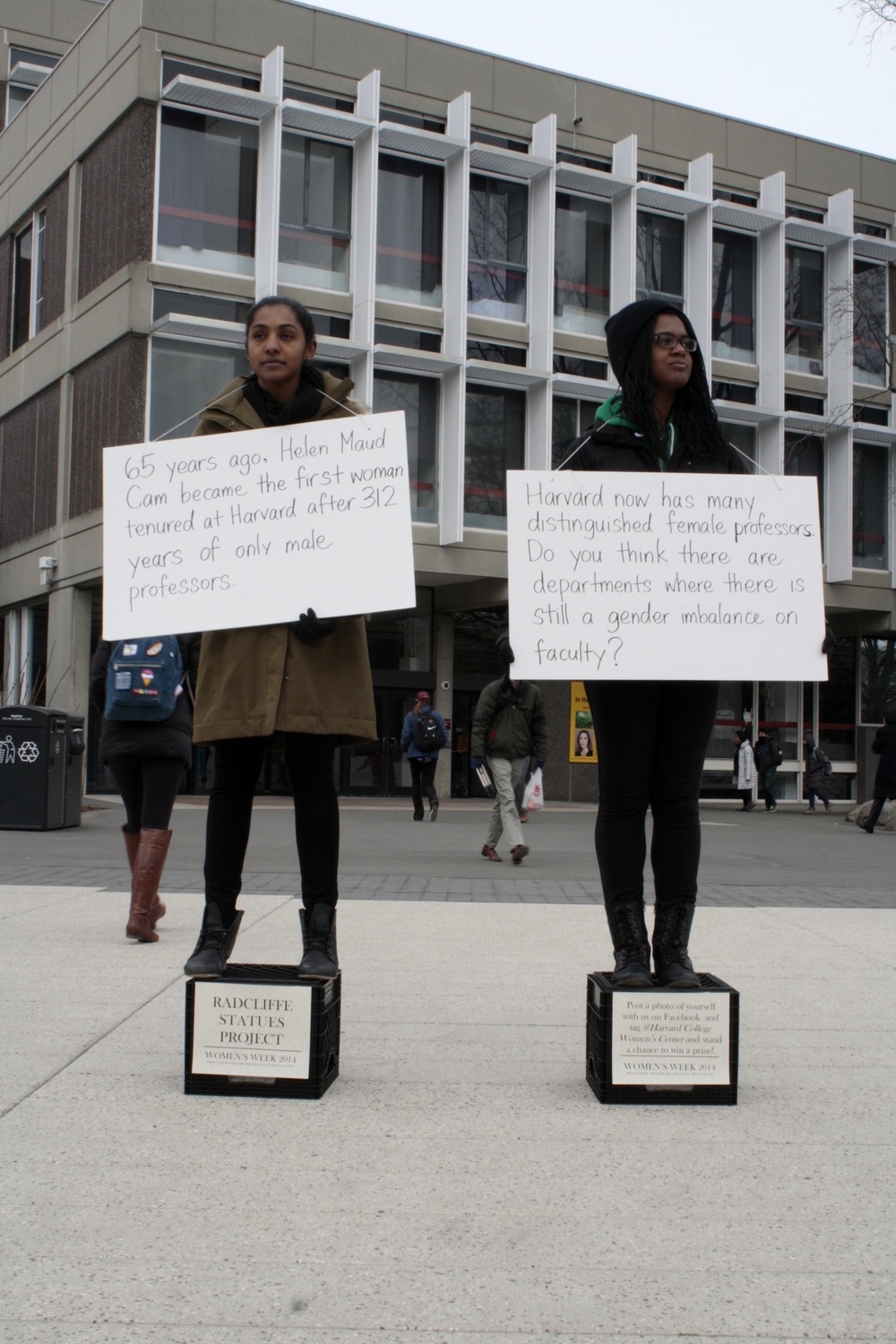 Happy Wednesday! Congratulate your sleep-deprived self for continuing to chug through a long week of studying, midterms, and paper-writing because the end is almost here! And if you still have a ton of work to do, here’s a guide to help you determine where you should study tonight:

Your dining hall: You know that there’s no better way to offset the misery of catching up on all of your readings than eating inordinate amounts of Cinnamon Toasters as you do it.

Lamont: You’re preemptively calling an all-nighter (or something close to it), and you need other sleep-deprived people around you to hold you accountable as you work (a.k.a. people to judge you for logging onto Facebook every 2 minutes) into the late hours of the night.

Cabot: You for some reason want to partake in all of the pre-med students’ collective sorrows.

Widener: You’re either in the mood to hide away from all your friends by working in the stacks or to ignore the fact that your paper is due in less than 12 hours by admiring the beauty of the Phillips Reading Room.

Your room: You’re telling all your roommates that you’re going to do work, but it’s secretly a cover-up for binging on Netflix and then going to bed. 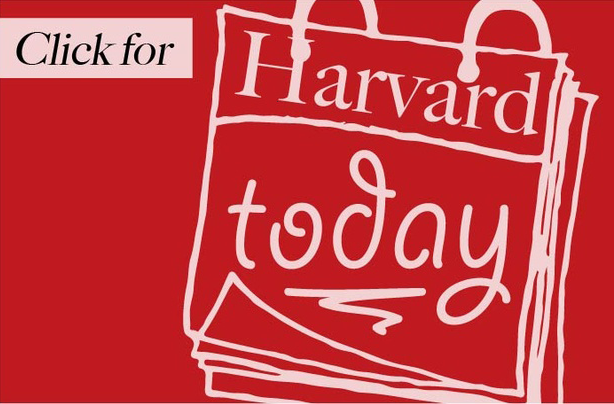 The high today is only 28 degrees and it’ll be a chilly 10 degrees at night, so bundle up accordingly! There’s also a 30 percent chance of snow later today, so you’re probably wondering how many days in a row you can wear your snow boots without it being a faux pas.

1) Obama is Coming to Harvard (Square)!- President Obama will be in town at the Charles Hotel for a closed event, so we may be seeing his motorcade drive by!

3) “I, Too, Am Harvard” Draws National Attention, Promotes Discussion- Launched last Friday, the Kuumba Singer’s multimedia campaign “I, Too, Am Harvard” has drawn hundreds of thousands of internet views from around the world in an effort to open a dialogue about racial inclusion at Harvard.

4) Human Statues Encourage Gender Inclusivity- Students stood around the Yard with facts and questions about gender at Harvard as a part of the Radcliffe Statues Project, an event by the Harvard College Women’s Center to stir up dialogue about gender inclusive spaces on campus.

Harvard Law School’s Student Animal Legal Defense Fund is having a PETA’S Lawyer Talks in Pound Hall of the law school from 12 to 1 p.m., where Jared Goodman from PETA’s counsel will discuss dolphins, their entertainment purposes, and captivity. There will be free falafel!

The OCS is holding an Investment Banking Industry Insider One-on-One at 54 Dunster Street from 1 to 4 p.m. Meet with Tom Wong ‘99, a Portfolio Manager and Partner at Oak Hill Advisory, to learn more about investment banking and how to stand out during recruitment. Register for this event through Crimson Careers.

Bartlett Sher, a Tony Award-winning director for his 2008 revival of “South Pacific,” will be holding a talk today at 3 p.m. in Farkas Hall. Seating is first-come first-serve.

Ceylon Auguste-Nelson '16 and Mariah T. Browne '15 pose as statues in front of the Science Center on Tuesday afternoon. As part of Women's Week 2014, the goal was to promote discussion about the role of gender at Harvard.