But First, Let Me Take a #SELFIE 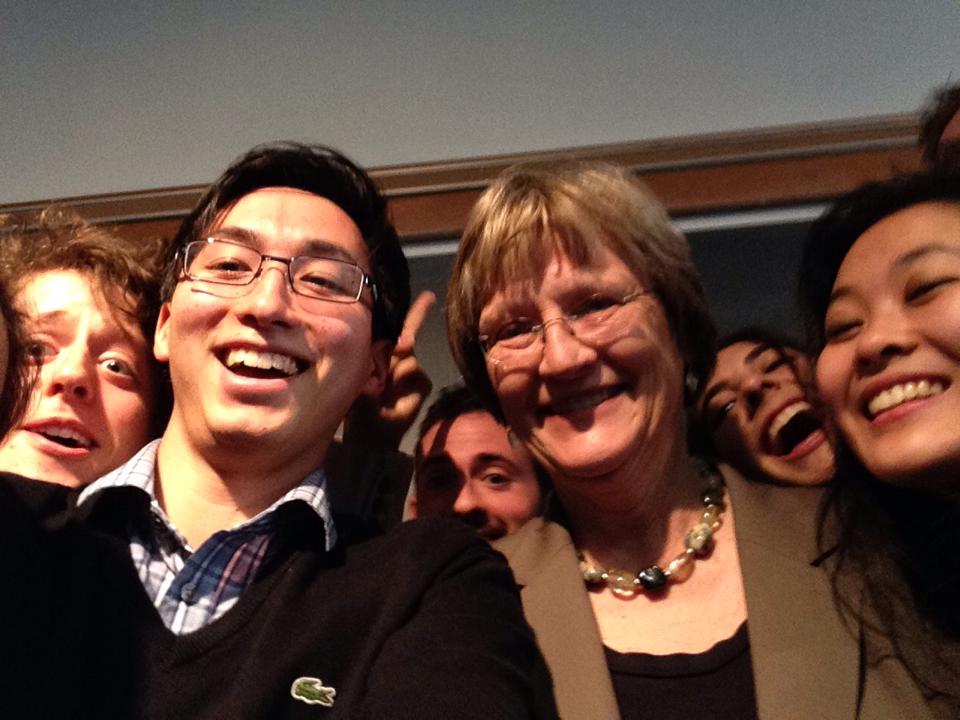 At the end of the forum, Faust took “multiple” selfies with the group, according to UC Vice President Sietse K. Goffard ’15. “She was surprisingly a really good sport about it,” considering that the event was running overtime, he added.

“UC Open Forum with President Faust!! But first, let's take a selfie,” reads the caption of the photo—obviously destined for as much stardom as the Oscar selfie—on Goffard’s Facebook page.

If only Interim Dean of the College Donald H. Pfister had joined in on the fun. Talk about #celebritystatus.