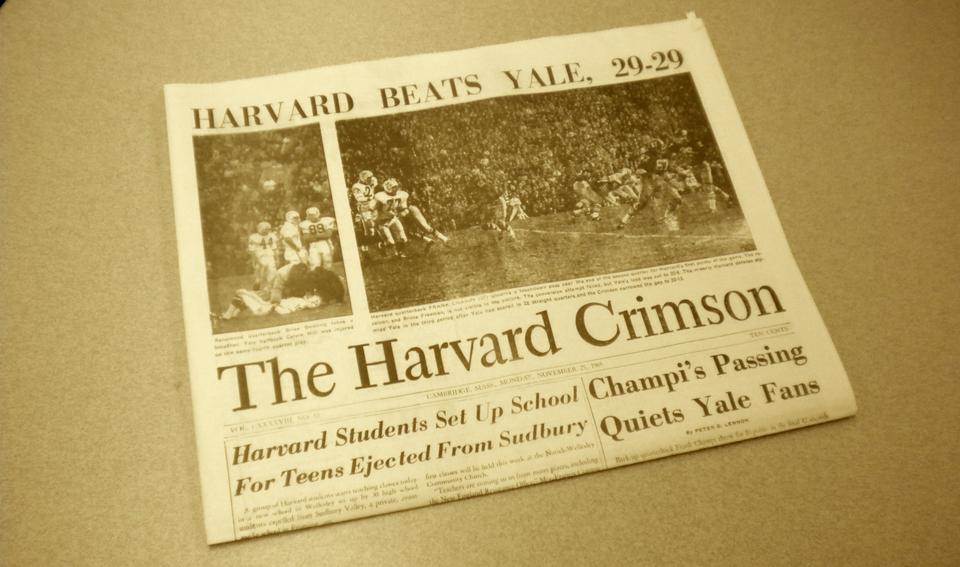 When the U.S. conceded a goal to Portugal in stoppage time this Sunday, leaving the game at a disappointing draw, one thing came to our minds: This is what it feels like to go to Yale—disappointing.

Buzzfeed Editor-in-Chief and Yale grad Ben Smith wrote Buzzfeed’s headline for the story about the match, “Portugal Beats U.S. 2-2,” a Buzzfeed spokesperson told blogger Jim Romenesko. That headline mimicked the famous Crimson headline from 1968, “Harvard Beats Yale 29-29,” after an underdog Harvard football team improbably came back from a 29-13 deficit with less than a minute left in the game to tie Yale.

On Twitter, many were confused. Maybe they went to Yale, too.

Others chose to make fun of the Yale grad’s math skills. In all honesty, maybe he forgot to carry the one.

Yale, where “the wrong get wronger.” Well said, @ColeyMick. Slap that one on a marketing packet, Yale Admissions.

Buzzfeed eventually removed the headline, replacing it with the more straightforward headline,“United States And Portugal Draw 2-2.”

The takeaway? Despite the disappointing tie at the World Cup, most Americans still have one thing to be grateful for: They don’t go to Yale.