Where Is Pfister, and What Is He Reading? 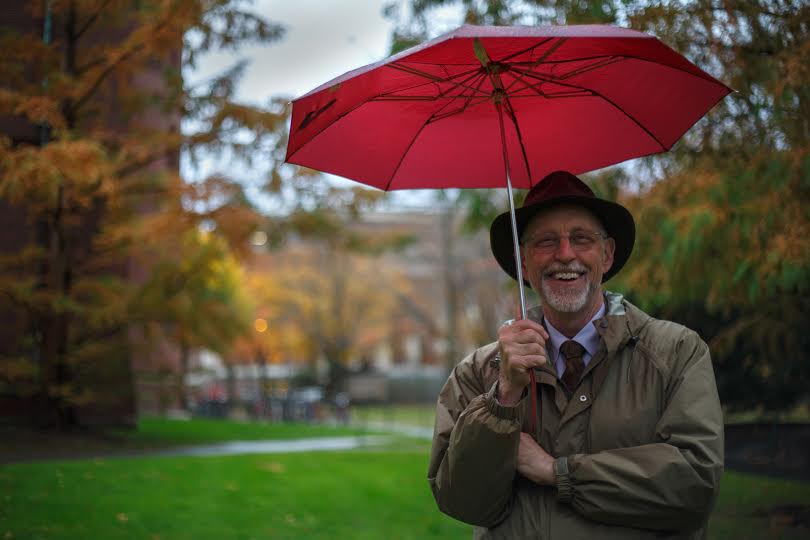 Two months after handing over the reins of the College to Rakesh Khurana, former interim Dean of the College Donald H. Pfister is taking full advantage of the freedom afforded by his sabbatical this academic year.

Sitting down with Flyby in the Farlow Library—surrounded by books on algae, lichens, and, of course, fungi—just down the hall from his office, Pfister says that he has been supporting undergraduates’ work at the herbarium and working on research projects on “some of his favorite fungi.”

While his days of sending quirky emails to undergraduates is over, Pfister now has a new audience to email: international researchers. Responding to unsolicited emails has become commonplace for Pfister; people from around the world have been seeking his help in identifying specific fungi, according to the mycologist.

“They’re just people I know from around the world and when they’re working on these fungi and they get stuck, I get them,” Pfister said. “I get the hard cases.”

Pfister will not only be corresponding with people around the world, he himself will be doing some international travel. He has planned a November trip to Colombia and is expected to attend a symposium in the Netherlands slated for April.

His sabbatical has not been all work, either. Pfister said he has been “catching up on some things that are easier now,” like dental appointments and other personal things.

And as for what he has been reading?

Pfister reportedly just finished “More Scenes from the Rural Life” by New York Times columnist Verlyn Klinkenborg and has moved his attention to a mystery novel.

Unfortunately, still no word on a potential book club.