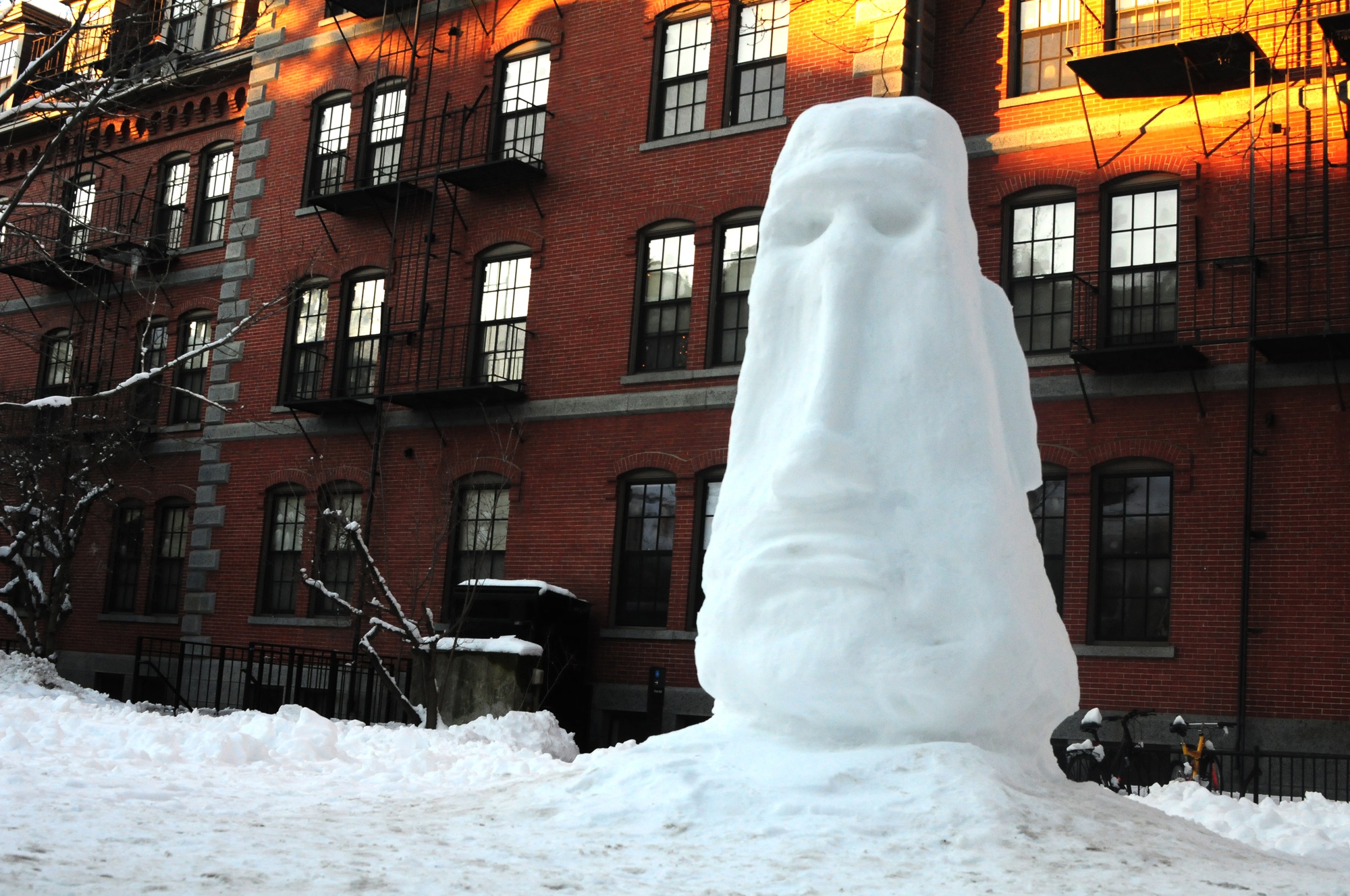 Harvard freshmen sculpted an Easter island head behind Grays Hall during the snow storm that hit Cambridge on Feb. 5. 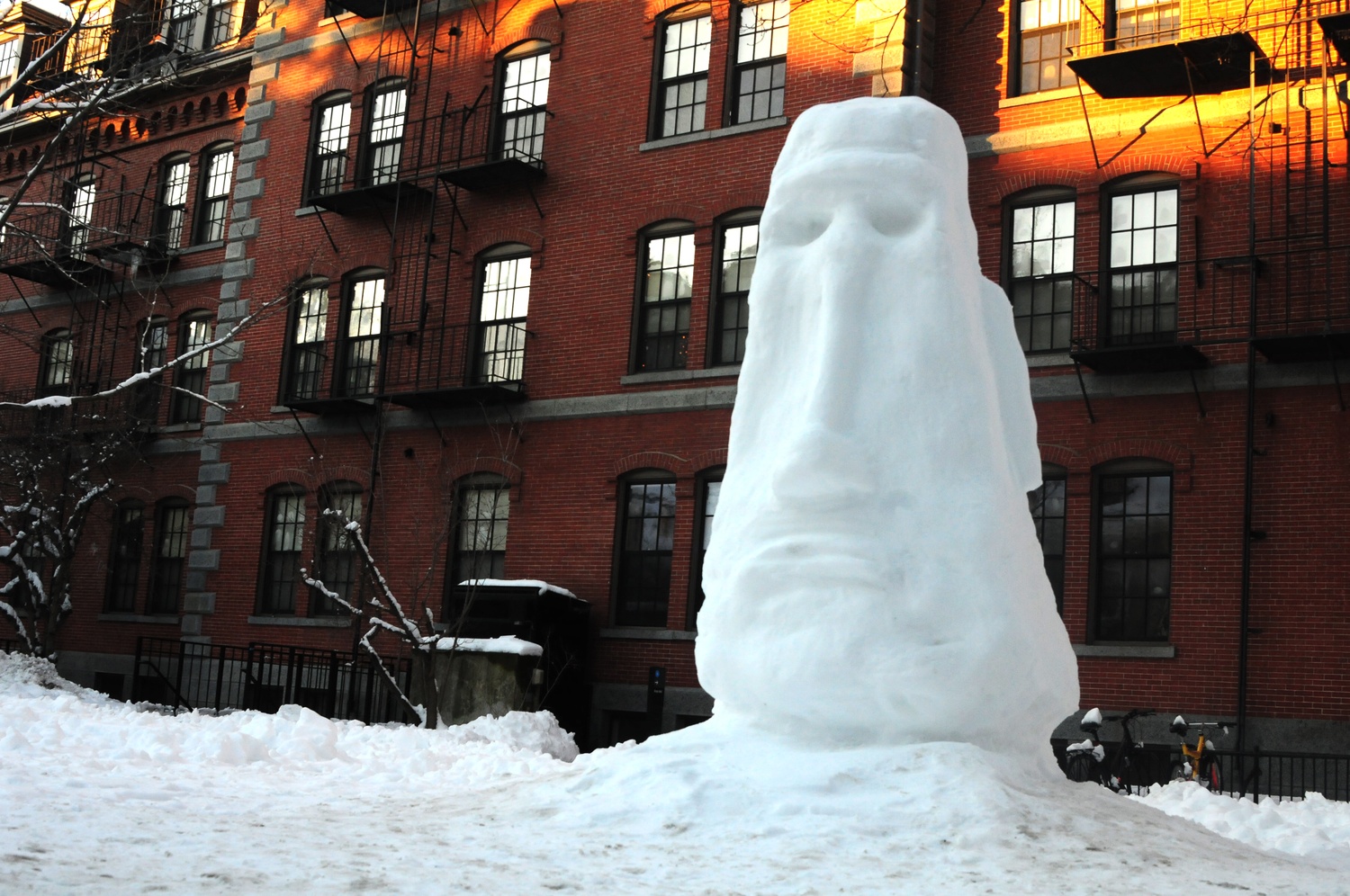 Harvard freshmen sculpted an Easter island head behind Grays Hall during the snow storm that hit Cambridge on Feb. 5. By Gladys M Kisela

With forecasters predicting that the Boston area will be obliterated with up to 3 feet of snow this, starting now and lasting through early into Wednesday, administrators all over Massachusetts are preparing for the end of the world. The national weather service issued a blizzard warning from this evening through Wednesday, Massachusetts governor Charles D. Baker ’79 declared a state of emergency, and Harvard’s very own executive vice president for snow Katie Lapp sent an email alerting us that the University “will suspend all but core operations” this Tuesday.

School’s cancelled wooh!!! A special congratulations to all those Californians who will finally learn the joys of a snow day. However, Harvard students clearly earned this much needed break. After an awesome first day of shopping period—waking up, coming to class, taking notes—a day off! For those of you in the quad, think about taking two days off for the roads to clear. Remember you can never watch too much Netflix.