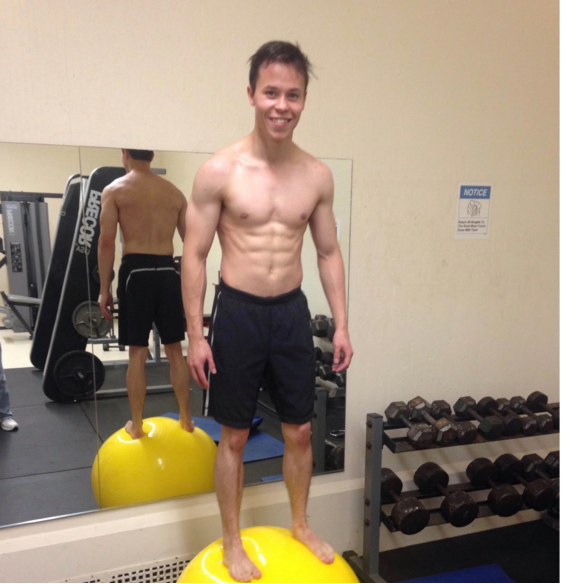 Garrett M. Lam ’16 couldn’t contain his infectious grin as he recalled his Guinness World Record, longest time to balance on a Swiss ball, which he set in September to raise awareness for effective altruism.

Lam, a dual-concentrator in Neurobiology and Philosophy, spoke with us about his record-breaking feat less than a day after receiving news that he had been elected as a 2016 Rhodes Scholar. Lam smashed the previous Guinness World Record by more than 15 minutes on September 18th of this year, setting the new world-record bar at 5 hours, 25 minutes, and 36.98 seconds.

For Lam, his unique talent was a way to practice effective altruism, a school of thought which encourages the use of empirical evidence to better allocate resources to combat social issues. “For me, the ability that I seemed to have was, ‘I can stand on a ball for a long time.’ It’s kind of goofy,” Lam said, “But I thought that people might want to support me in this attempt.”

Lam encouraged friends, family, and associates to pledge charitable donations in support of his world record attempt, some pledging by the minute and others pledging in lump sums.

His inspiration for attempting the record, Lam believes, may have originated from childhood experiences playing with Swiss balls. One day, he tried to stand on one.

“My mom didn’t like that very much,” Lam said.

The almost 5-and-a-half-hour record was more than twice as long as any ball stand he had attempted before, and by the end of the attempt, Lam struggled to maintain focus and resolve as his legs and bare feet burned with sharp pain.

“I thought it was just a balancing record,” Lam said. “I wasn’t prepared for the pain and pressure on the bones in my feet.”

Lam hopes that his unorthodox feat of endurance will encourage others to use their unique abilities effectively to do good.