Flyby Matchmaker is Back: Spicing it up at Spice? 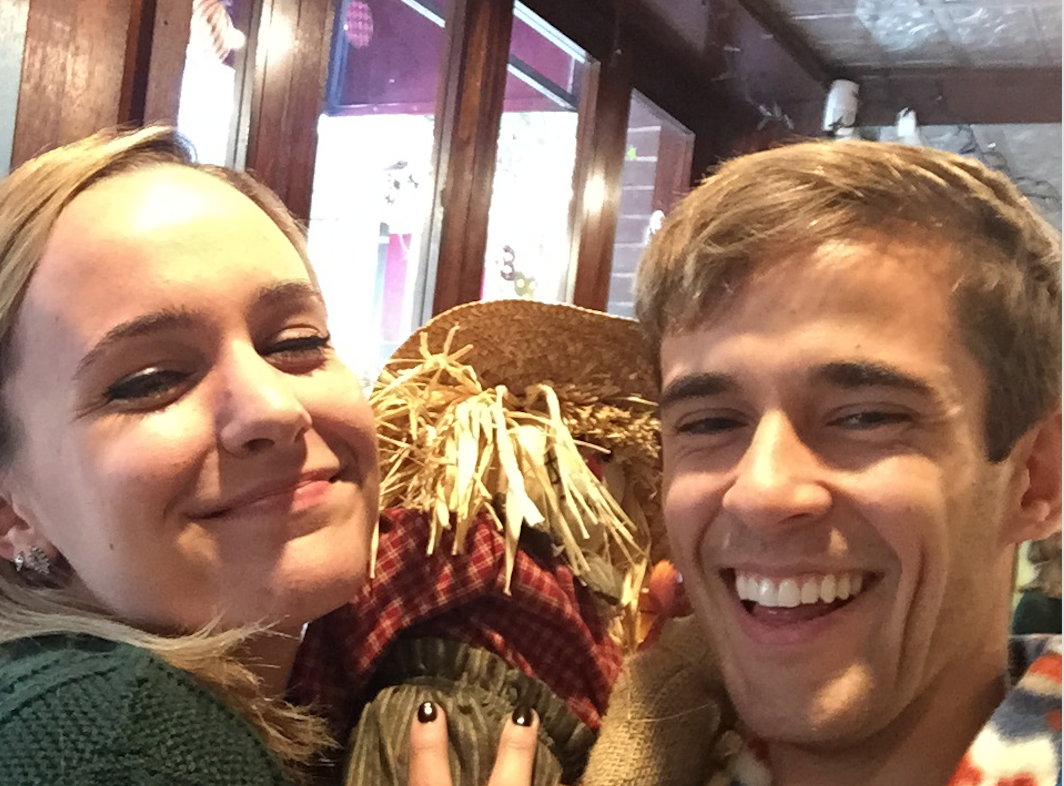 Sally and Danny share laughter and smiles at Spice. By Courtesy of Sally J.M. McGrath and Danny V. Banks

From Flyby’s point of view, Danny V. Banks '17, a Social Studies concentrator living in Dunster, and Sally J. M. McGrath '17, a HAA concentrator living in Winthrop, had a lot of promise. Sally told us that she finds the humor in every situation and was not interested in someone who took himself too seriously. Danny thinks that the best thing about himself is that he laughs at everything.

After the date, Flyby asked why they thought they had been put together. Danny said, “I tried to make my [Matchmaker app] funny so I guess hers was also funny because she was making jokes throughout the entire [meal]… I think we had similar senses of humor.” Sally’s said, “Cause we’re both really, really ridiculously good looking.” Sounds like they are on the same wavelength, right? Read on to get the deets on how their date at Spice went (paid for by The Crimson).

Sally: I was there first.

Danny: I was about ten minutes late. [I had been] doing my hair. She looked unhappy that I was late.

Sally: He was on Harvard time, it was acceptable. I recognized him. We have a lot of mutual friends. He had on a fun sweater…I like a good fun sweater.

Danny: We had actually met before through one of my blockmates because they are both in Alpha Phi but we didn’t realize we had met before until a few minutes into the conversation.

Sally: We found out that we both spent part of our summer in Sicily, which is very specific.

Danny: I was doing an internship at the University of Bologna and she was on the History of Art and Architecture trip to Sicily. And then I also went to Sicily for a few weeks as well. What else did we talk about? Hmm… I’m trying to think about what else we talked about. I can’t remember right now.

Danny: We talked about the fact that it was nice to have a conversation with a normal person. We were both worried that we were going to get set up with someone who was really hard to talk to.

Danny: She was very, very outgoing. She didn’t seem shy at all. She was very quick to make jokes and also laughed at all of [my jokes].

Sally: It was definitely a not-awkward, pleasant experience.

Danny: There were a few awkward moments as there are on any date, where it was just quiet. Also, the gift certificate didn’t cover tip, so then there was the awkward paying thing. But I ended up paying the tip… that was an awkward two-minute discussion where she tried to pay. It was like four dollars so it wasn’t like I was sacrificing that much.

Sally: A blind date wasn’t so bad. I would go on [another blind date] again. Hook me up, Crimson!

Danny: It was really fun. It was nice to sit down to someone…I had never had a real conversation with someone new I had just met at Harvard.

Seems to us like they might be hiding something…why could neither remember more of their conversation? But we suppose this doesn’t matter as much if there will be more conversations in the future, right?

Danny said, “We’ll have to play [the future] by ear in the next few weeks. See what happens in the next few weeks once the October slump is over.” Sally said, “I think… with our friends in common we will definitely cross paths… He did send [a Facebook friend request] like a good gentleman should… I accepted. Not trying to play games.”

Want to join in on the fun? Fill out this form, and you could be featured in our next installment on a sweet date (that we'll cover the costs for somewhere in the Square) with a potential flame.