Valentine’s Day has come and gone a long time ago, and now we’re at the point where, hell, you may have just missed out on that free Zinneken's waffle. Or of course, you know, the chance to hit it off with the love of your life. Our ticket out of an interminable crawl to death alone littered away last Friday, when the date special ended, as well as the semi-socially acceptable excuse to ask someone out via email. Well, beans.

But then there are the shameless, like yours truly.

I sent an email with the subject line “Date for a Story?,” five days after V-Day, the release of our compatibility.

He responded to my email with a “let’s do it! whatever you wanna do (within reason) is cool w me.” Swooning from his daring omission of capital letters, I knew he was a keeper. But once he was kept, the painful realization that the critical window of our waffle-reliant romance was closing, and closing quickly, hit me over the head like Cupid with a bazooka.

Ran into him in the dining halls at 9 a.m., rockin’ the “Midterm Gremlin Who isn’t Gonna Leave the D-hall All Day” look. Cool. 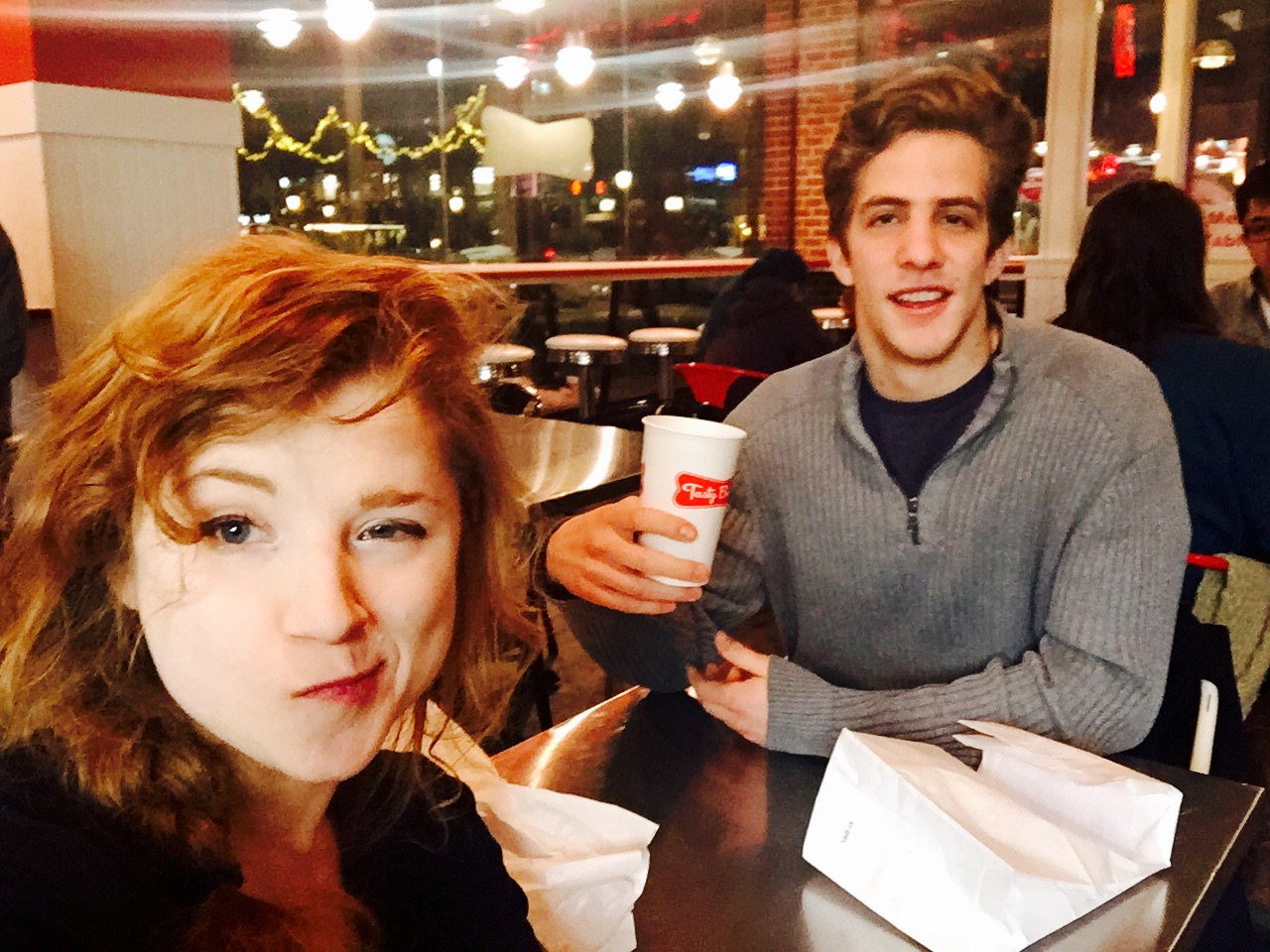 Our staff writer Brooke and her Datamatch date, posin' with his cup #tastyburger By Brooke A. Bourgeois

A date. Wut. Frazzled, I took a poll in Leverett dining hall. My friends and colleagues were equally perplexed about this “date” concept. I received the following suggestions for activities that could be constituted as a “date:”

Get a pedicure together!

Give each other haircuts!

Confused, and slightly concerned about my friendship choices, I decided it was back to the drawing board.

I took the plunge, and friended him on Facebook, and asked him to Thursday dinner, somewhere special. ;)

Our low budgets and our ambitious sense of adventure lead us to one of Cambridge’s finest eating establishments. White and red light danced across the cool tile floor as we walked in through the glass doors, hit with a wave a savory flavors.  We spotted a cozy aluminum table that would be ours for the next hour, but Tasty Burger is a strange place at 6 p.m. on a Thursday, indeed.

The point is, as we worked through our burger combos, there were no recorded deaths of either of the parties involved, no invasions, and no major pandemics. Ten days ago, my Datamatch was the scariest thing in the entire world, a name on a computer screen and the daunting premise of 90.4% compatibility, and today, he was a really cool guy. AND I got Tasty Burger.

You can let Datamatch pass you by, but ten days of randomly stalking your Datamatch on Facebook and thinking “eh, maybe next year” is by far the less interesting than what reaching out will get you. If it’s horrible, you get a great story. If it’s awesome, it’s awesome.