The Harvard Turkeys Refuse to Go Away Before Thanksgiving Day 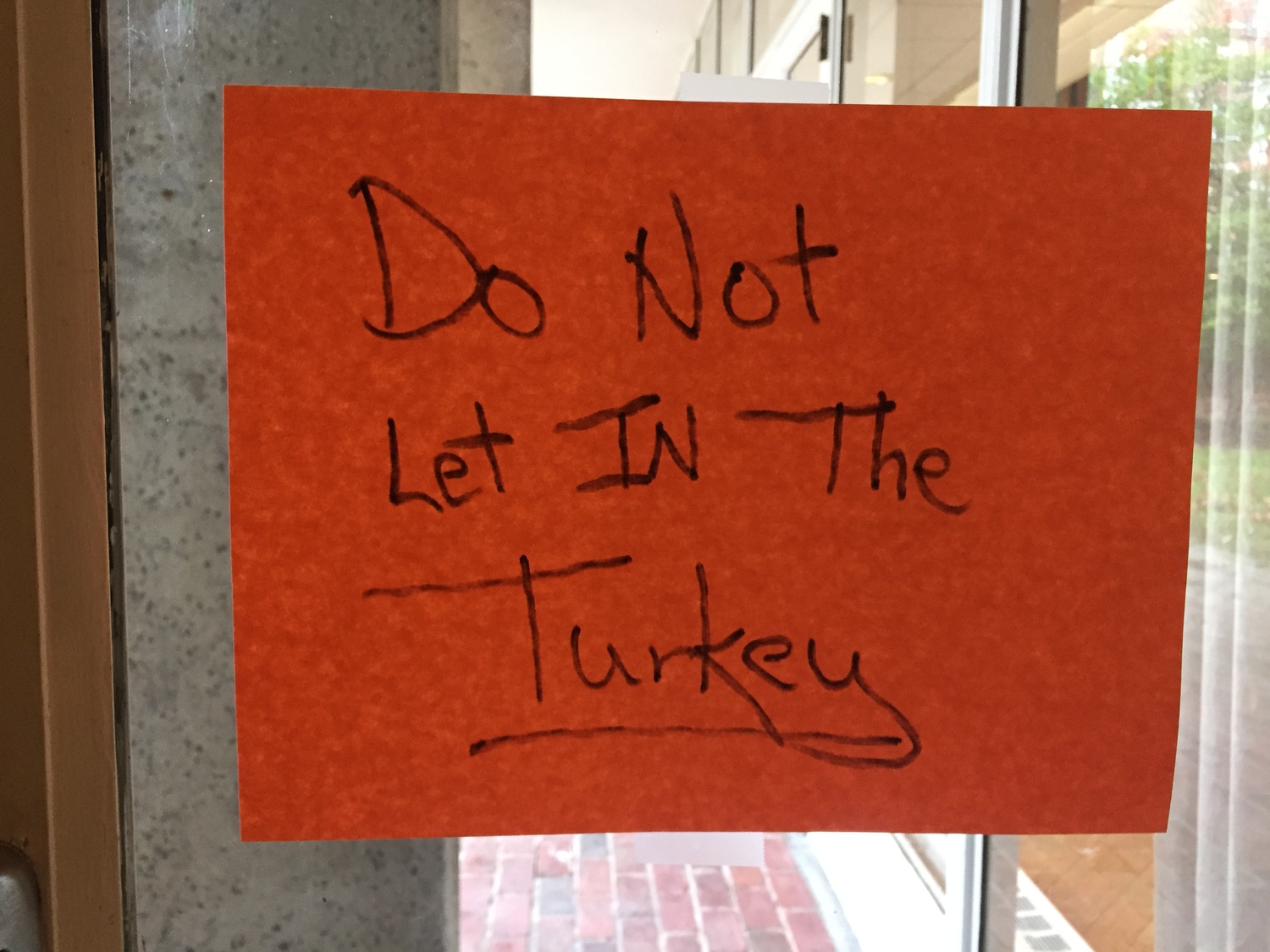 A sign on a door in Currier House imploring students to not let any of the turkeys in. By Jordan E. Virtue

With Thanksgiving literally just around the corner, you would think that turkeys across the nation would have taken the hint that now is the time to get out of dodge. But rather than adhere to the popular Thanksgiving tune “the turkey ran away, before Thanksgiving day, for we should make a meal of him if he should stay,” the Harvard turkeys are strutting across campus in a final effort to demonstrate their deserved place as the campus mascot rather than a holiday meal.

Gaggles of turkeys, often pecking around in the grass, are common occurrences these days, both in the Square and in the Quad. You can imagine our surprise when we woke up one morning to reports of turkeys in the quad—the poor things had to get out there without the help of the shuttle! Troopers, they are.

Though Currier house residents enjoy the turkeys, the house has given them a stern reminder: a bright orange sign at the entrance reads, underlined, “do not let in the turkey.”

“There’s a little part of me that wants to do it,” confessed Sophie Westbrook ‘19, a Currier House resident who just wants to see the world drown in turkey feathers.

Currier residents are now engaged in the cultured pastime of turkey watching, providing a welcome distraction from midterm cramming and the recent Harvard-Yale loss.

“They’re right next to our reading room, and they’re not that interesting, but they’re more interesting than everyone’s work,” Westbrook said. “People just sit around and watch them.”

Turkey sightings are also a welcome reprieve from city life, Benshirim said. “I’m from the countryside— I like seeing wildlife.”

The Harvard turkeys really have pulled out all of the stops to get students in the mood for Thanksgiving. There is only one logical way that you can show your gratitude for the thoughtful visits that the turkeys have graced us with over the past few weeks— this Thanksgiving, “eat mor chikin.”