Break-Up Tips for Blockmates You Don't Want to Room With 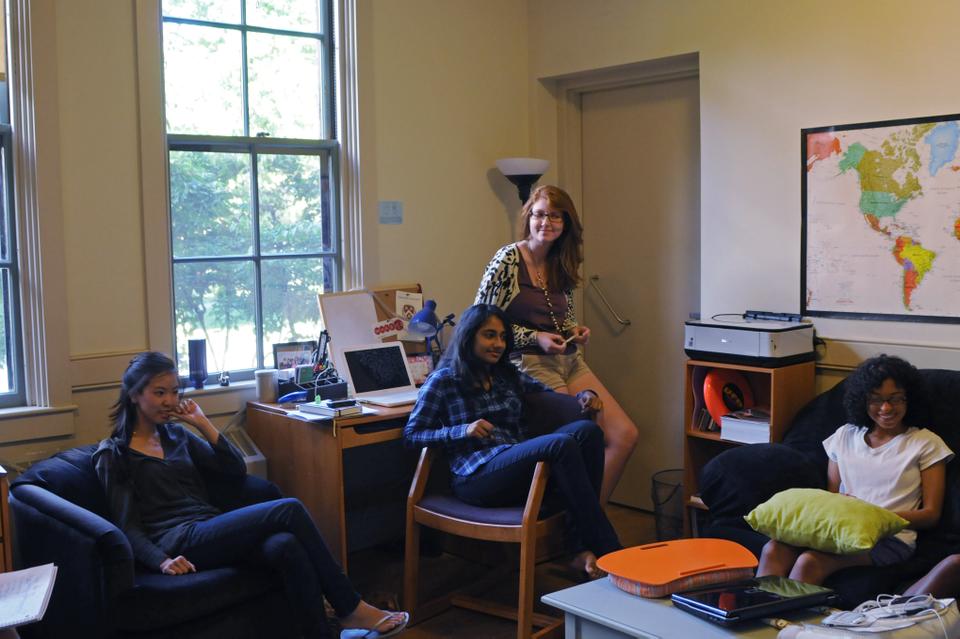 Well, it’s that time of year again folks. Hard as it is to believe, the 2015/16 school year is coming to a close, and while you procrastinate on those final papers, at least you’re able to get a head start on something for next semester: rooming drama.

You don’t think it will happen to you, but it will. Whether you’re a freshman realizing that there’s that one blockmate that you absolutely could never live with, or an upperclassman who figured out too late that your blockmate has a habit of leaving hair behind in the shower drains, everyone at some point will have doubts about rooming with a friend. It’s not that you don’t like them, you just don’t want to share a bedroom with them.

So now’s the time to plan your escape route. Never fear, because Flyby’s got some strategies to help you break it to your blockmate that you don’t want to room with them.

Send them a card in the mail
Who doesn’t like getting real, authentic snail mail in 2016? Millennials live for this nostalgic #throwback to simpler times. So buy a cute card and write your blockmate a note explaining that you cannot stand the idea of tolerating their snoring for another second, let alone another school year. They’ll enjoy novelty of the mode of communication so much that they’ll forget to be sad!

Use the architecture
Pore over your house floor plans and construct a reason why, architecturally speaking, your chances in the rooming lottery are better if you enter as a group of 3, not a group of 4. You can’t argue with such solidly grounded logic.

Use the math
If your house uses an averaging system – whereby the group’s number is the average of all the members’ individual lottery numbers – you can invoke the Law of Large Numbers to make your case (thanks Stat 110). The idea is that the bigger your group, the more the average of all those random numbers will tend towards the overall mean of all the lottery numbers – so the less likely your group is to end up choosing rooms first or last. Explain to your blockmate that you like to live on the edge, you want to take the risk of ending up last for the chance of getting the best suite in the house, and so you want as small a group as possible. They are the weakest link, goodbye.

Be sneaky
Just file your rooming preferences without consulting the person you want to leave out. Once they’re with the housing administrator, there’s nothing you can do about it. Nothing.

Be the mature, partially-Harvard-educated adult that you are and talk to them
As if anyone actually does this though.

Accept your fate because you are a coward
Acquiesce to their request and let them join your rooming group. Begin filling our your transfer forms for next semester.

There you have it. Some foolproof ways to wimp your way out having tough, real world conversations by finding semi-legit excuses. May the odds be ever in your favor.