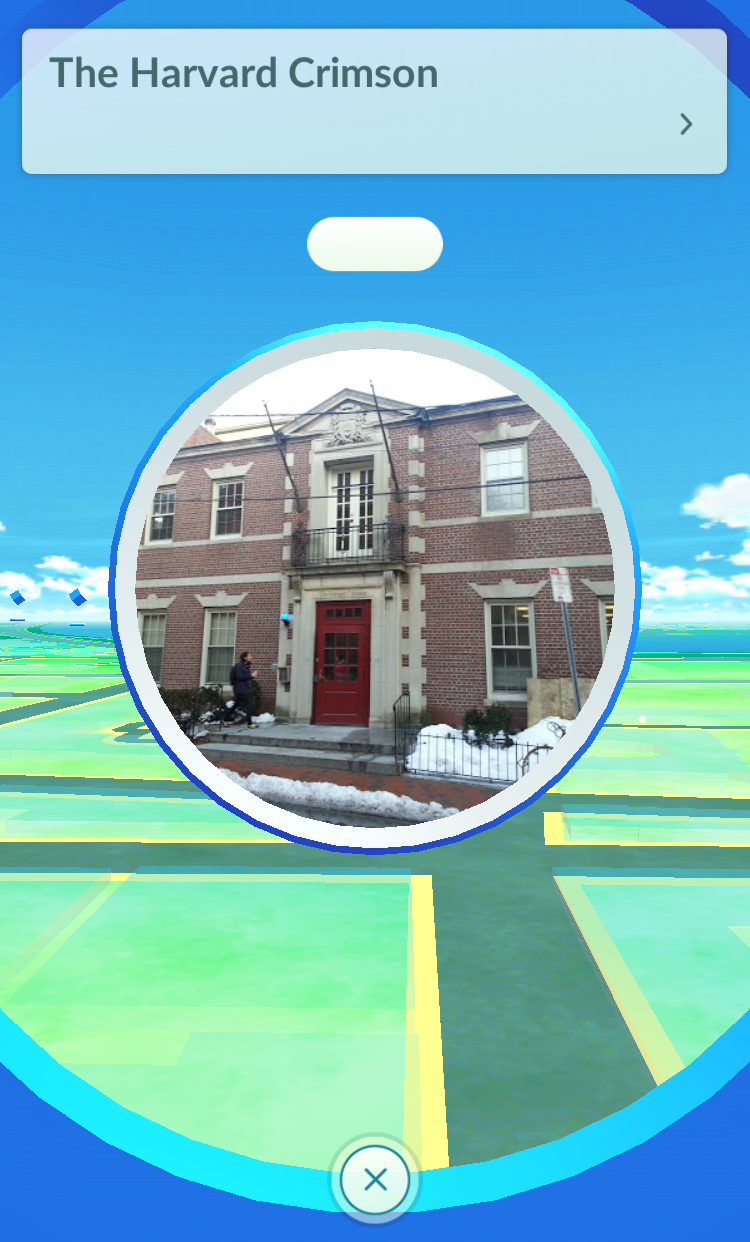 Pokéstop at The Harvard Crimson

'90s kids rejoice! A new smartphone app, Pokémon Go, is bringing Pokémon to the real world. Prepare to return to a time when not being able to match your energy card to its attack symbol was your greatest struggle.

Pokéstop at The Harvard Crimson By Adrienne G. Ashe

Officially released in the United States on July 6, Nintendo's newest game retains the core of the original Pokémon—traveling the world to catch Pokémon and battling at gyms—but now Pokémon and Pokéstops hide at real life historical sites, public art locations, and other tourist attractions. Because Harvard Square is chock full of places that fulfill these criteria (there are several Pokéstops to get Pokéballs in Harvard Yard alone), don’t be surprised to see clumps of people oddly gathered around Sever Hall.

The app uses the smartphone GPS feature to track where you are and vibrates when you’re near a Pokémon, so you don’t need to have your nose buried in your phone more than usual. The app displays a map of your surrounding decorated with Pokéstops and gym locations to practice battling. Street names are not marked, though, so expect to spend some time wandering . As of July 11, Pokémon Go tops the App Store’s free app list, which just goes to show the marketing power of nostalgia.

Make sure to walk by the Harvard Crimson to stock up on Pokéballs!