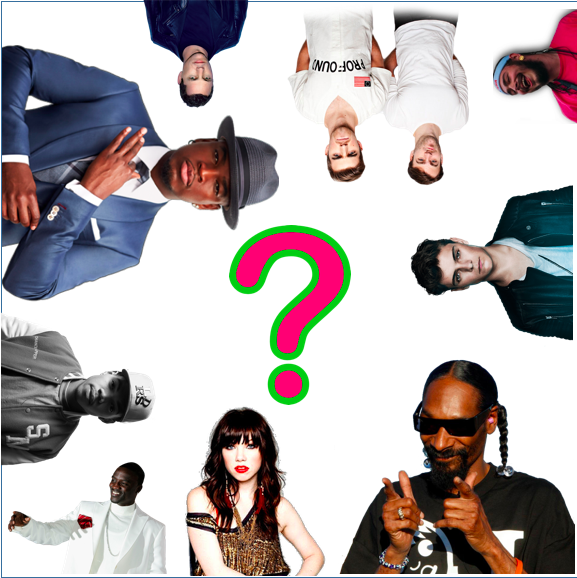 The cover of our "Yardfest Artists That Never Were" playlist.
Photo: Stuti R. Telidevara
Finally, finally, the CEB has decided to let us know that Tiësto will be performing at this year’s Yardfest. It appears the non-disclosure agreement actually worked this year. For now, though, Flyby wants to think of what could have been. There have been some truly wild rumors about which musician will grace the Yard, and everybody loves a little drama. Join us in revisiting all the whispered names and the memorable Facebook fights with this playlist of Yardfest rejects. Or, more likely, artists who rejected Yardfest. Listen on Flyby’s new Spotify for these artists and more!

CEB seemed more than happy to let this rumor flourish, and it was pretty believable. After all, we’ve had Steve Aoki; Garrix would be a continuation of the EDM trend. But there’s only so many times you can get turnt to ‘Animals.’

Speaking of things there’s only so many times you can get turnt to. The Chainsmokers are probably too expensive, too bro-y, and too we-just-won-a-Grammy for Harvard, but enthusiasts still #believe.

No matter how plausible this theory was, those in the CRJ camp were very passionate. Remember when they fought with the group that wanted The Chainsmokers in a Facebook group? Good times.

How this was a believable possibility, we’ll never know. As if Harvard could ever get the D-O-double G. Although, come to think of it, Yardfest is scheduled for the day after 4/20, so you never know…

Take a moment, everyone.

Stay up-to-date on Harvard campus happenings, all the time.
Sign up for the Harvard Today email newsletter.