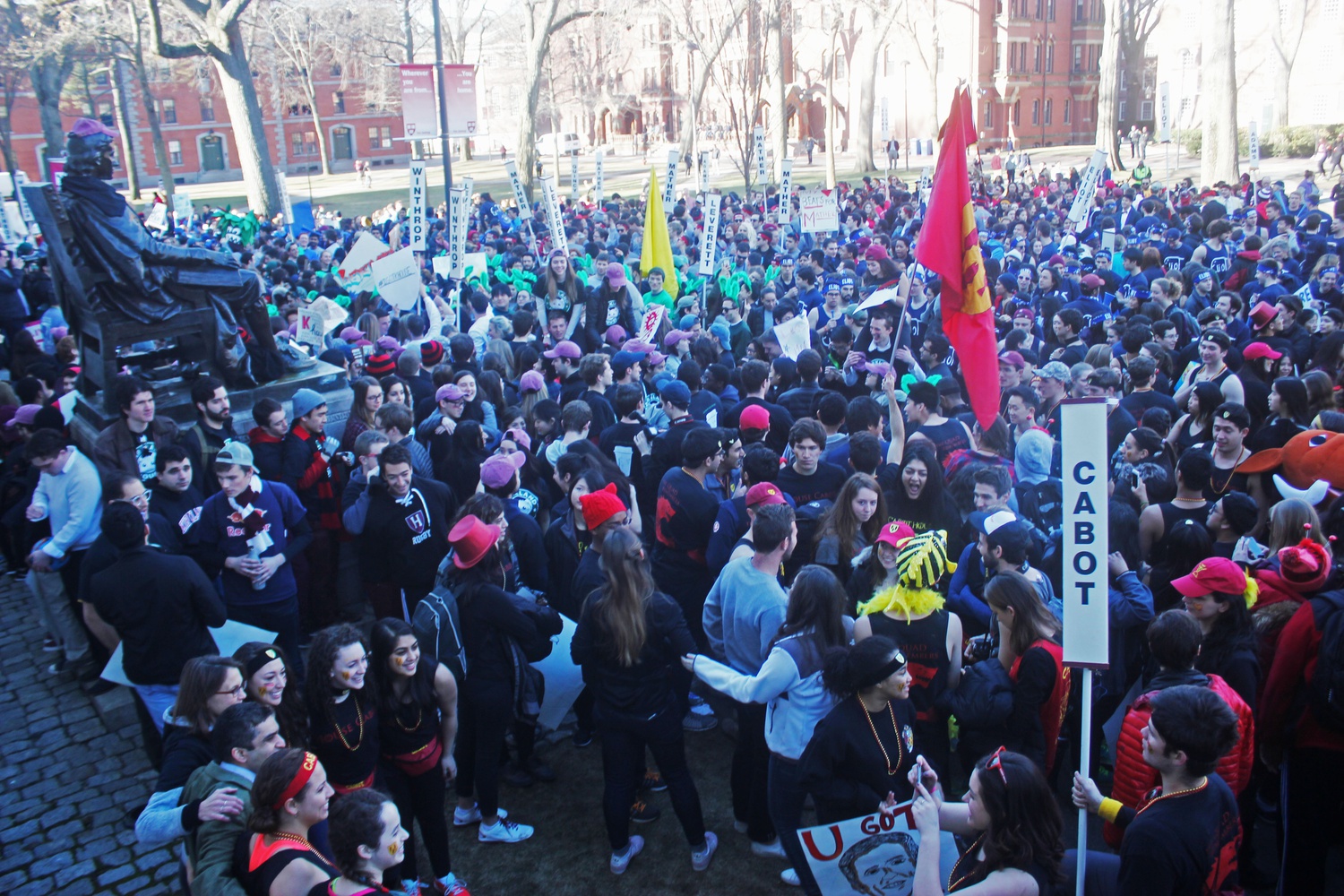 With the challenges of Covid-19, it’s safe to say that every single House stepped up to make a fire video in light of pandemic precautions and remote learning. And even if the video is slightly less-than-fire, it’s still worth getting hyped because each and every house has their own amazing perks. Dying to know who took this year’s crown? Without further ado, we present Flyby’s Official Housing Day Video Rankings for 2021.

1. Eliot: This That Domus

After Eliot’s uh… poor showing last year, this one was a welcome surprise. I mean, we were hype within the first 20 seconds, unlike some videos (*cough* Mather *cough*). It was something fresh with a catchy beat, great lyrics, and quality production value that made us hit repeat. “I mean wOaH.” Also, those library shots? Immaculate. The transition from kitchen to river at 1:59? Artistry. Seriously. Cannot rave more about this amazing Housing Day video. Can’t wait to see how Kirkland answers the shade at 2:35 next year 👀

A dedicated group of our writers stood by this hot take, so we’ll let them explain: The good vocals and House spirit on this track will surely replace the DJ Khaled version as the True Version of Popstar™. The sacrifices made (read: touching the Charles without a hazmat suit, eating a kiwi with the skin on) along with the J.P. Licks mention and the stellar music production were enough to bump this video up to runner-up. Were some of us bothered by the long intro? Yeah. But, once you get to 2:25, it’s all good content. Also, bonus points for showing us all around Mather, from the tunnels to the courtyard to the basketball courts to the dhall. 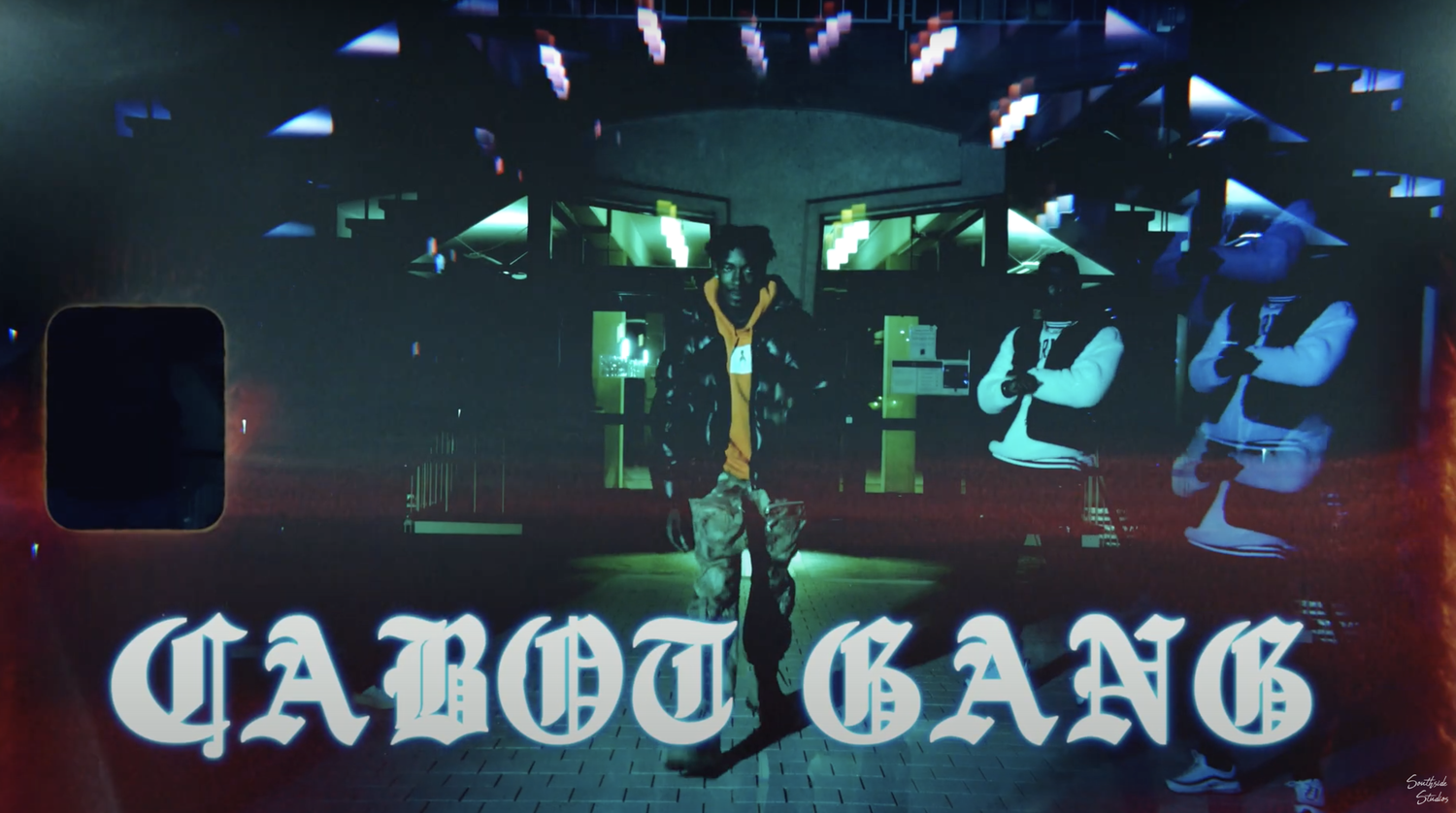 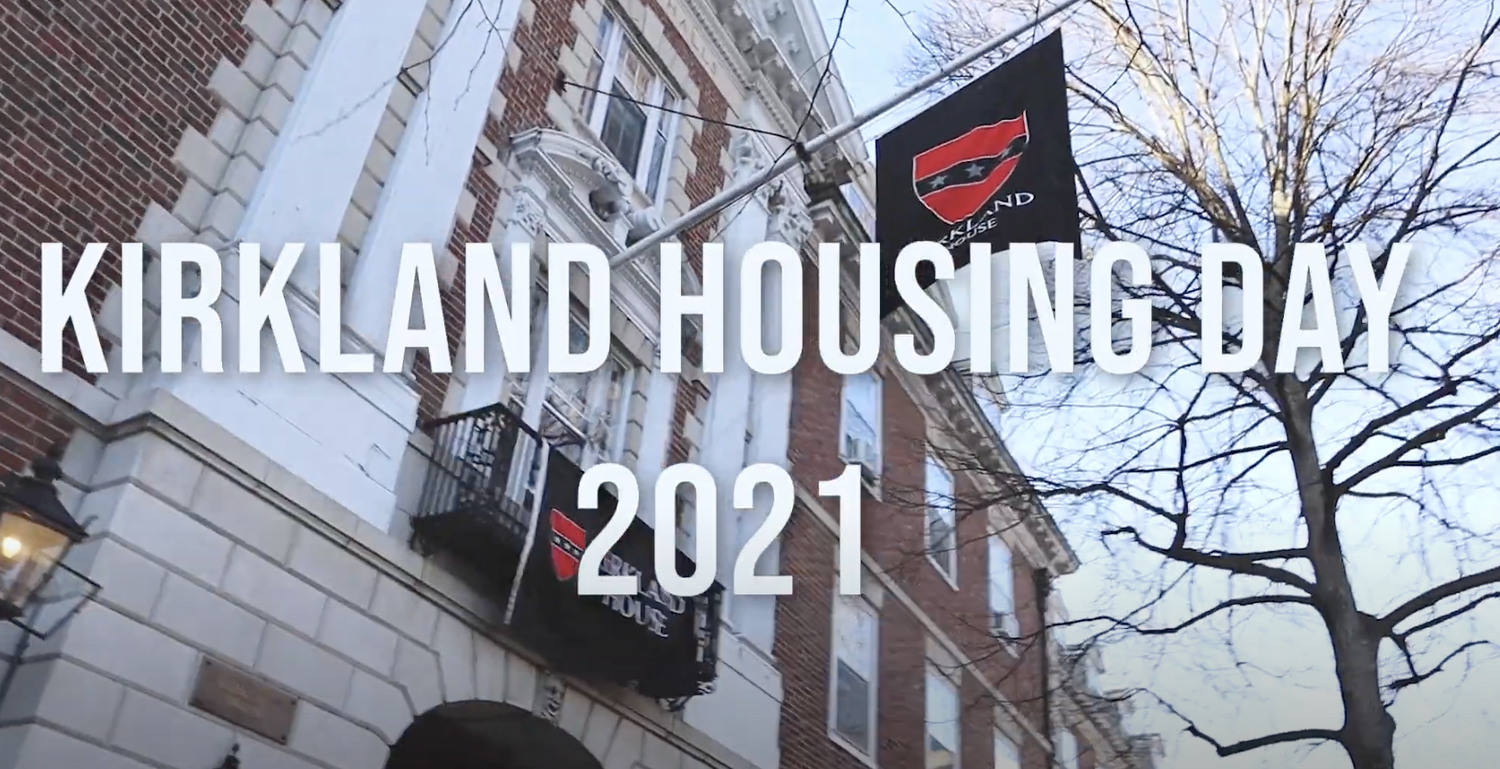 Kirkland has long been renowned as a canine haven, and they really leaned into it this year. The whole video, actually, was very Kirkland-y, from the dogs to the Zuck cameo to the frequent boar mentions. Also, we love seeing merch with K-House’s new flag. Kirkland’s rendition of WAP made us cry with laughter, and the Ben Shapiro bit sealed the deal. Can cheerleading hit up the man who did the split? The bad-ass rapping and creative House roasts, combined with the adorable dog cameos, made this one a real winner. Also, we love that they really decided to use a dumpster as a prop in their video. Stay weird, Kirkland. 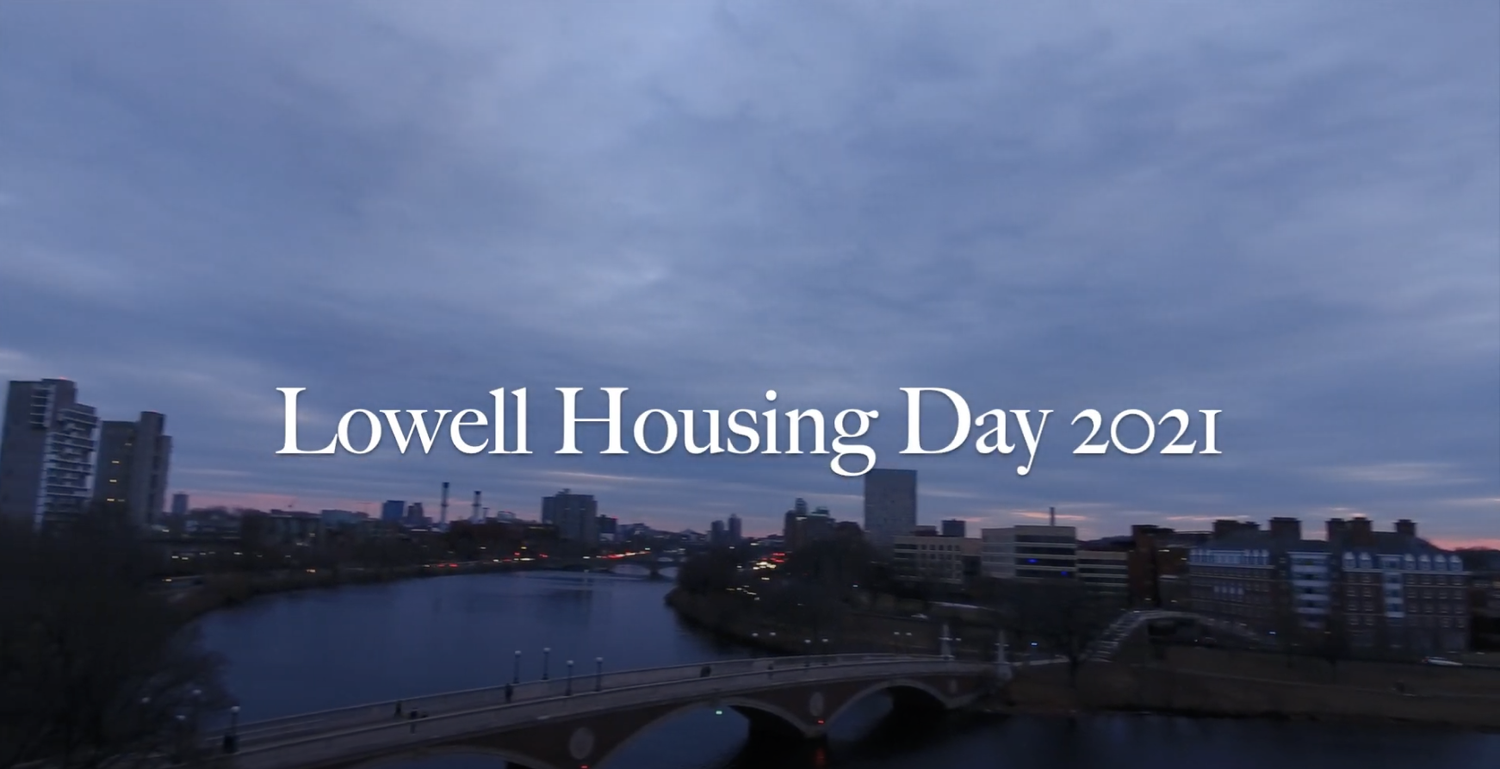 Remember when life was good? Yeah, this video is making us think of good times circa fall 2019 — making us want to get up and groove while conveniently sipping some tea. Not only was it a fun rendition, but the scenes of Lowell left us jealous and wanting more. I mean, guys — those drone shots? Unmatched. We’re also big fans of the lyrics; definitely not the same vibe as Eliot, but still cute and clever regardless. (“See the courtyard? It’s a courtyard. And over here, it’s another courtyard.”) Huge shoutout to the Oatly feature, and who knows — maybe Lowell just found a new sponsor. Also, a very wholesome cameo from Faculty Deans David and Nina at the end was the cherry on top. Solid work, guys. 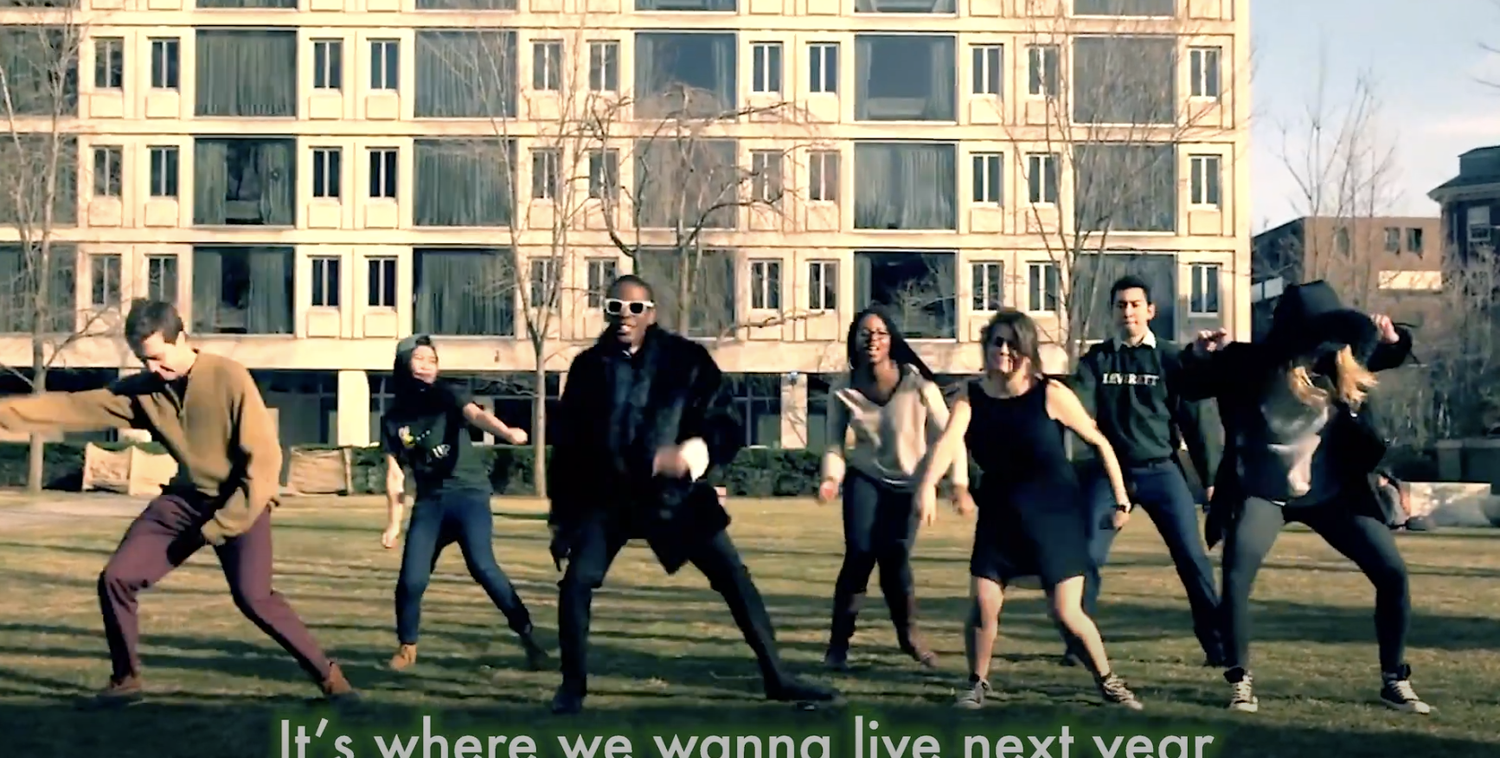 We’re massive fans of the flashback montage at the start; Lev has had some back-to-back bangers in recent years. Also, one of our writers in particular was ready to place Lev at the top for the pun alone (not to mention the purest sense of nostalgia we’ve felt in months). The wholesome vibes in this video made us miss Harvard (and our childhoods, we love you Taylor) that much more. Hype? Not exactly. But, new Bunnies definitely got an amazing preview of Lev’s spaces and sweet community. Plus 10 points for making us cry. (And another 20 points for a Flyby cameo<3). 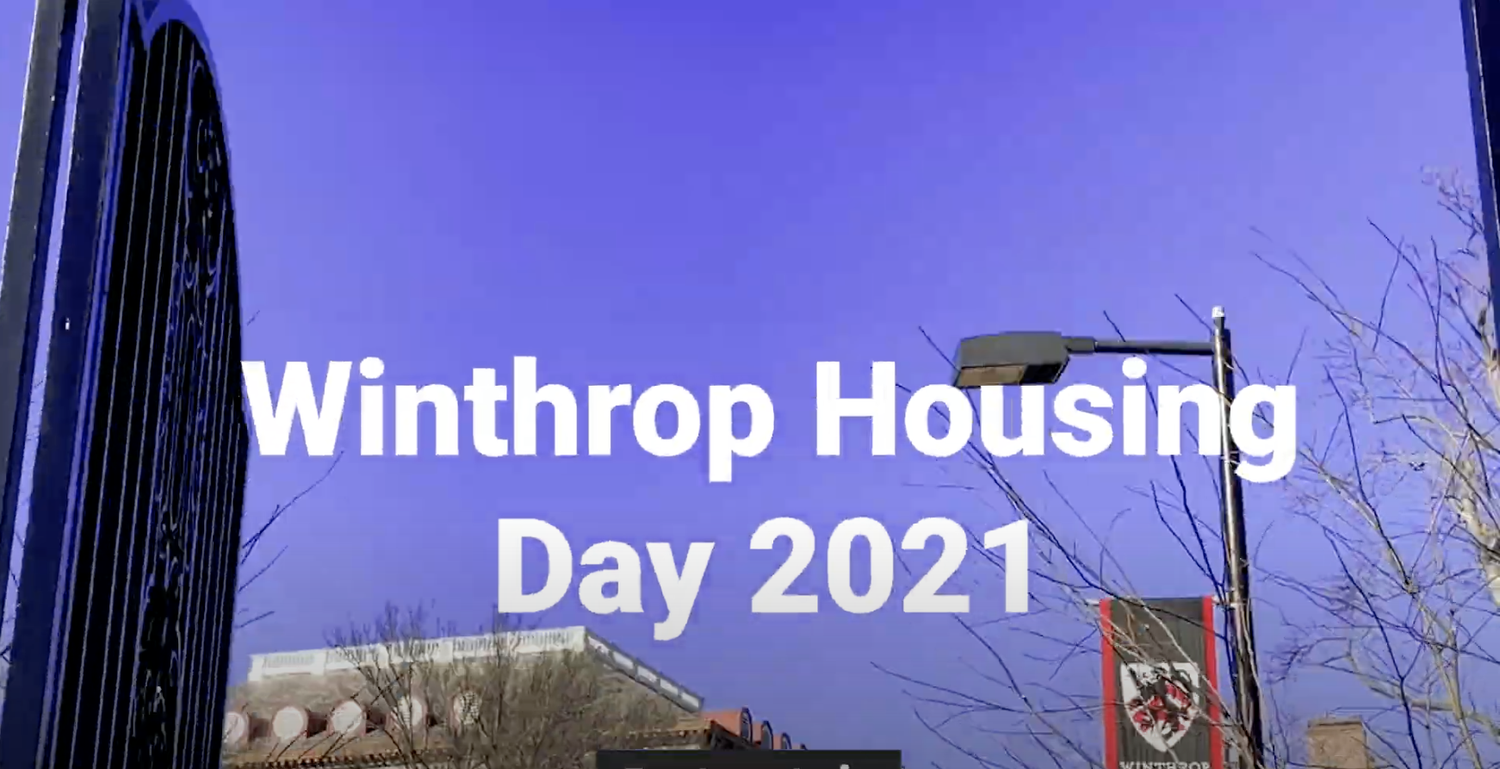 Just when we finally get the Jack Harlow version unstuck from our brains, Winthrop hit us with the “What’s Throppin?”. Honestly, the Throp Lion had some infectious hype, and ThropTok may have just gained a new follower. The hype lyrics and recycled scenes from the past (rip, Grille mozz sticks, we miss you) made us nostalgic and excited for housing life post-Covid, but sank it in the rankings. Overall, pretty solid. 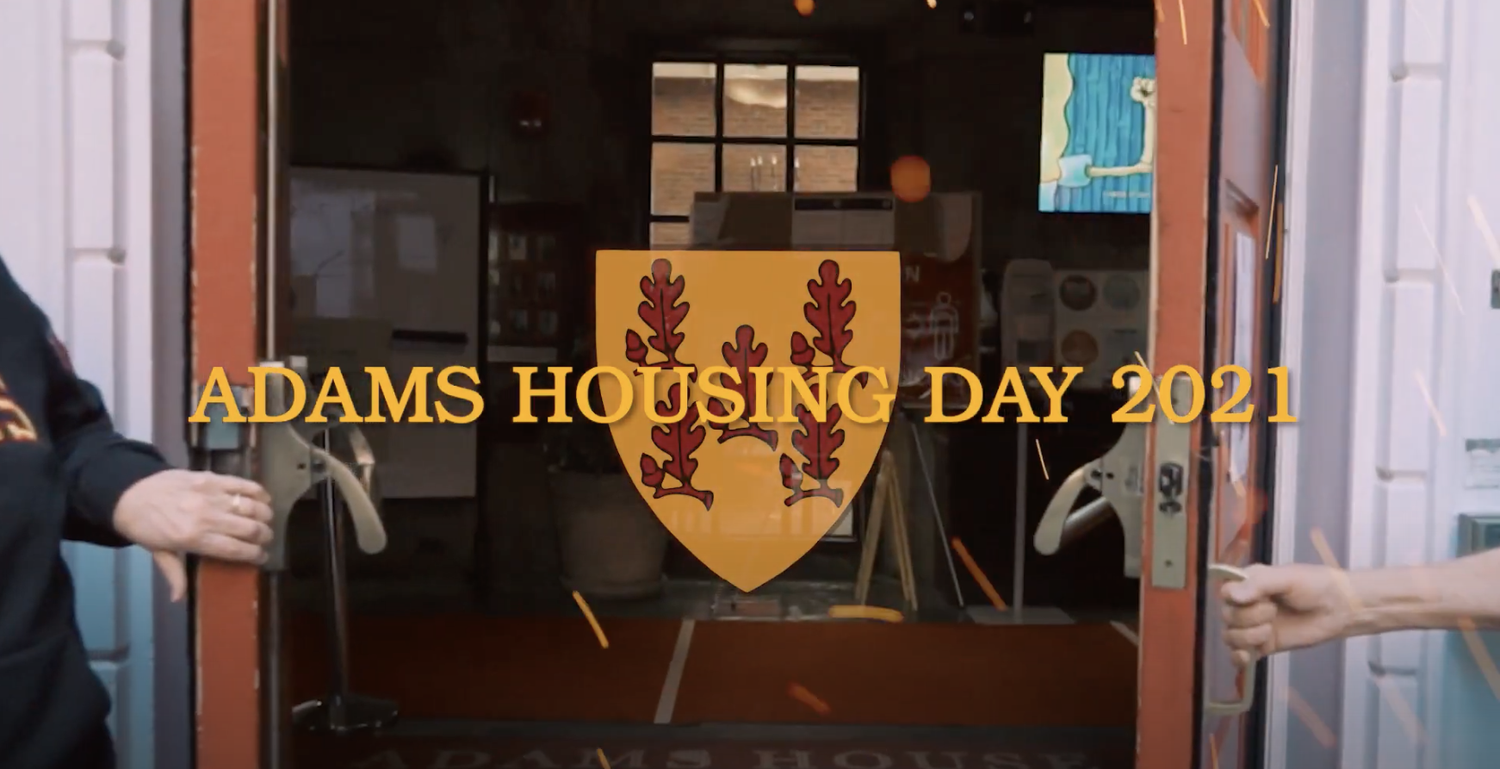 Okay, not gonna lie, this one broke our hearts a little. First of all, this video has us ENVIOUS of Adam’s gold walls and puppies. The professional level rapping had us racing to keep up (maybe consider doing Rap God next year??) and the ~gorgeous~ cinematography gave freshmen hoping for Adams an amazing view of the best spaces in and around the House. But, the sound quality was on par with a Zoom recording. Also, the unique reasons to love Adams were few and far between. As always, they had a lot to live up to following 2019’s smash success, but next time we’d spend less time pointing out what other people are saying about your House’s cons and talk up the perks (see Eliot’s vid if you need an example). Show us more of that Adams spirit we know and love!! 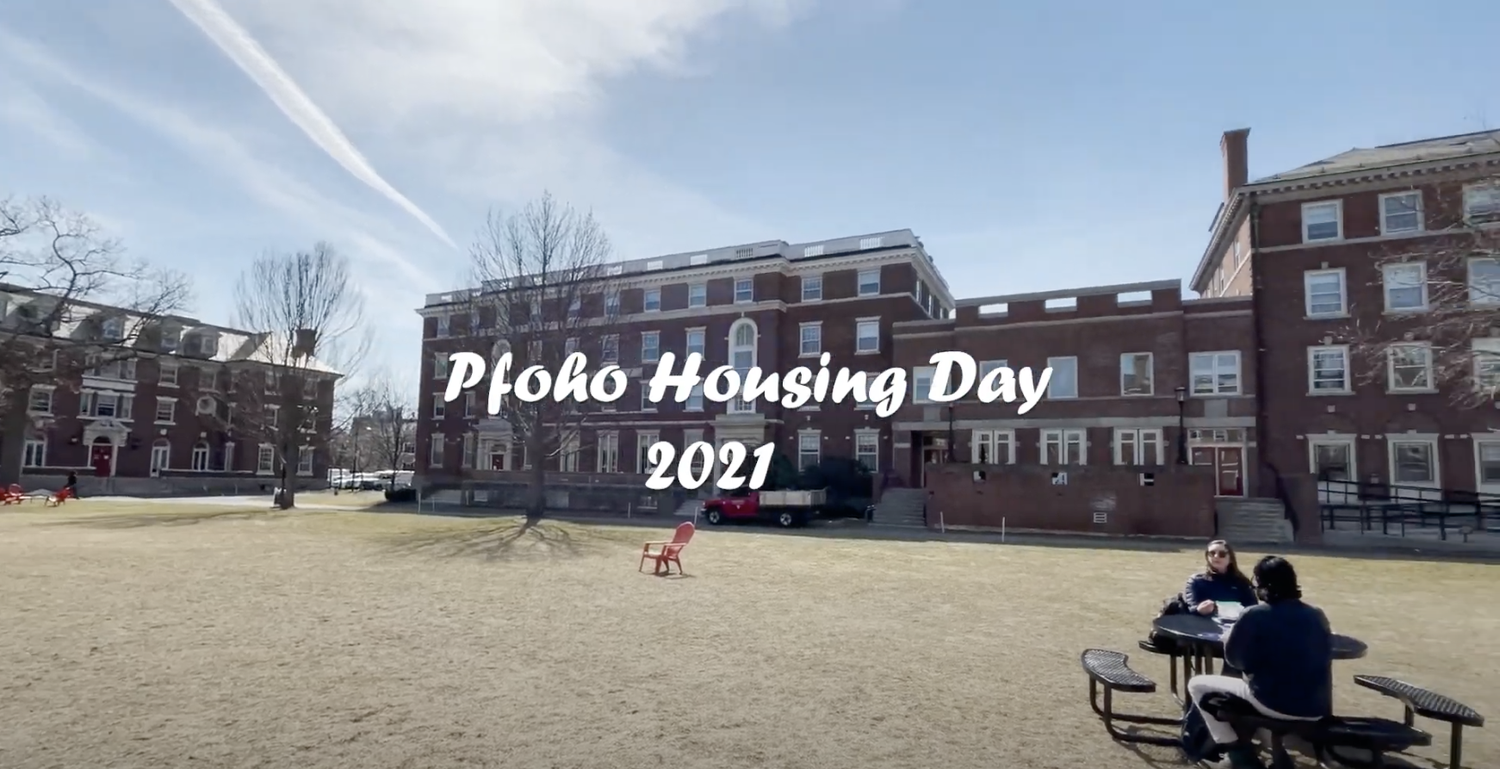 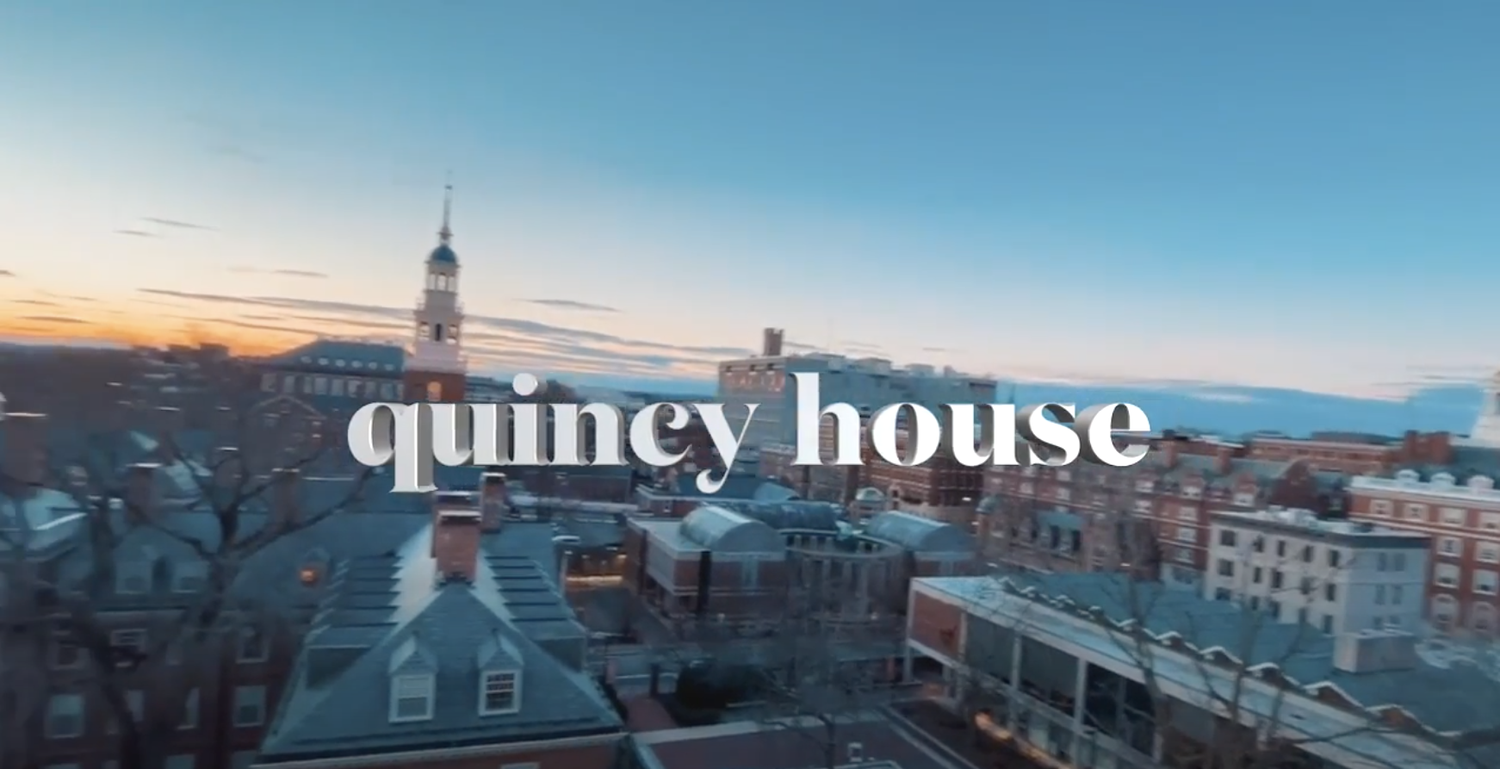 Oof, this conundrum almost imploded our rankings. It was definitely the Housing Day version of showing up to prom in the same dress as someone else, so we feel that it would be unfair to pit these two against each other. Most of our writers had no idea Pfoho had that many amenities, so way to make use of the video to show off the perks of your House! Quincy definitely won the wordplay contest (whole separate category next time around?) with some ~amazing~ lyrics. Considering they both tackled a song by the goddess herself Ariana Grande, we HAVE to acknowledge the bravery while also unfortunately deducting some points for creativity. Both videos featured fantastic singing, glorious Quincy and Pfoho House spirit, and some awesome shots of each House — above all, both very solid videos competing against a tough bracket this time around. 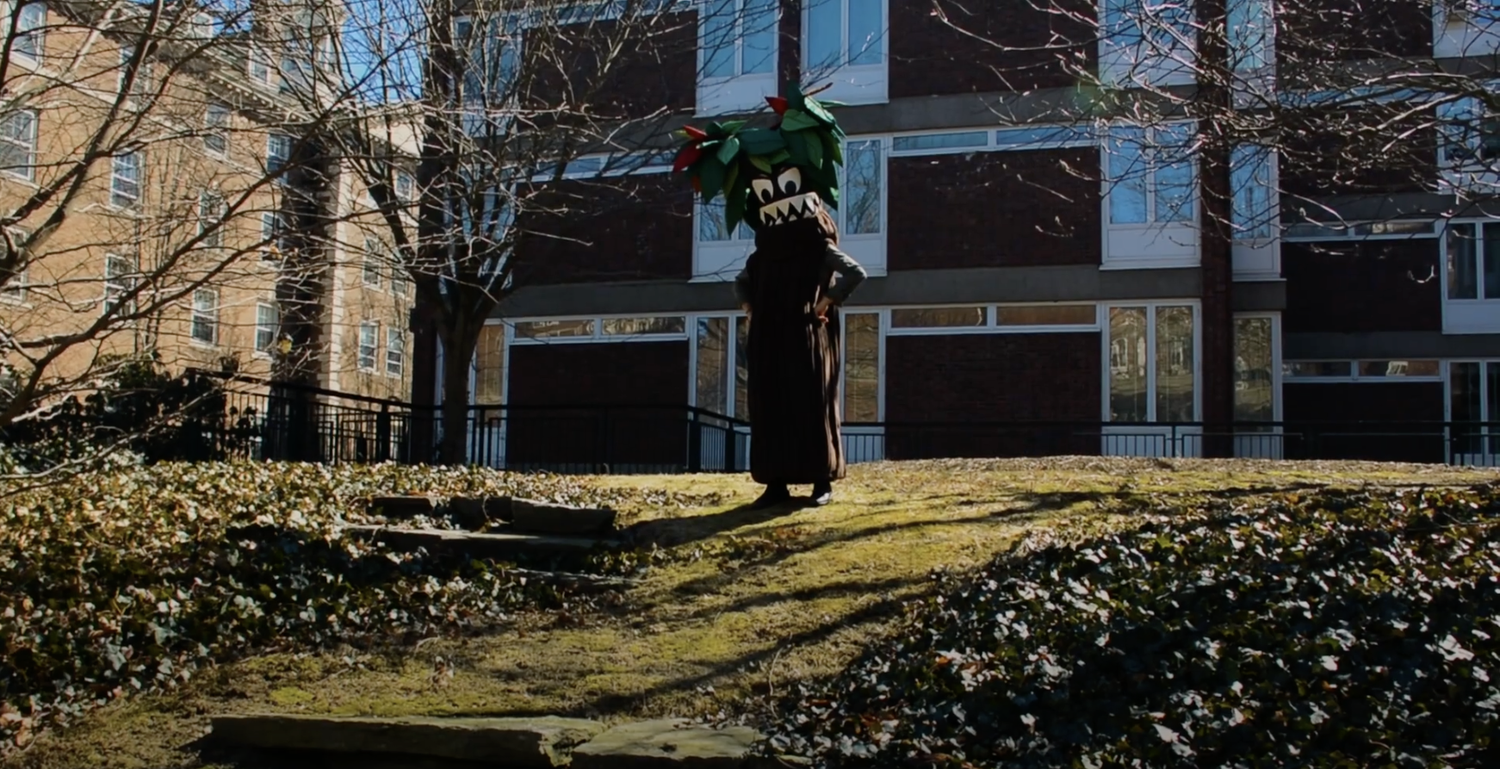 This rendition of Drake and Giveon got us deep in our feels as we were mesmerized by the vibin’ Birch tree. As we sat there contemplating our lives, Currier House went full out on team spirit and smooth lines to coax their way to our hearts. But, Currier landed near the bottom of the ranking for more than one reason. First, somehow, the sound quality was worse than Adams (not an easy feat). Second, definitely lacking the necessary hype for Housing Day. If you can’t take shots (of Oatly, obviously) to a Housing Day video, did it really accomplish its mission? Lastly, the lyrics were solid, but the rapping itself was… subpar. Sorry, y’all, but the competition has raised our standards.

11. Dunster: Dunster is a good house.

Why did the beginning feel like a Home Depot commercial? We’re confused. Also, it has some dAy iN tHe LiFE oF a HarVarD StUdENt YouTuber vibes. In all seriousness, while Dunster’s video wasn’t as hype as years past, it was informative and all thirteen minutes of it got us feeling some mega Dunster love. Unfortunately, everyone on the Blog has a two minute attention span, so we’re not really sure what happened in those last 11 minutes.

Ranking aside, congrats to all the Houses for making these amazing videos — while they may be hard work even in a normal year, we can’t imagine all the love and tears that went into them this year. For all the freshmen that are either cheering with friends or their parents who have no idea what’s going on, stay excited! For the freshmen sobbing in the corner, it gets better. At the end of the day, get ready for an amazing three years in your new homes!